The wild and crazy 2000 season 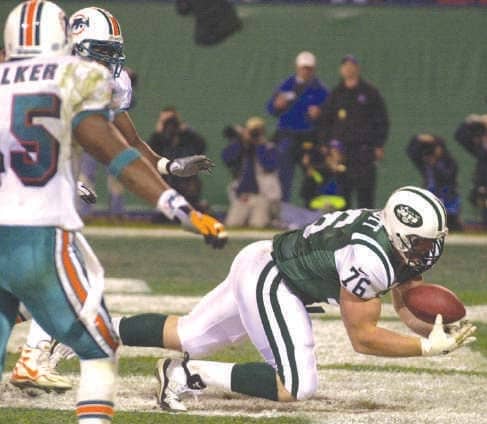 It is during the month of October — Oct. 23, to be precise — that we’ll arrive at the 20th anniversary of perhaps the craziest game in Dolphins history.

That was, of course, the Monday night battle at Giants Stadium in the Meadowlands when the Dolphins somehow managed to blow a 30-7 fourth-quarter lead to drop a disheartening 40-37 decision against the rival New York Jets in overtime.

That game had all sorts of twists and turns, starting with the Jets’ first touchdown of the fourth quarter when surehanded Dolphins cornerback Sam Madison somehow let an apparent interception bounce off his hands into those of Jets wide receiver Laveranues Coles.

Then there was the guest appearance of Arnold Schwarzenegger in the ABC broadcast booth and his bold — certainly wacky at the time — prediction of a Jets comeback.

“Wayne Chrebet is going to pull it off,” Schwarzenegger promised. “I think as usual the Jets are going to come from behind, you will see.”

Later, Schwarzenegger would add, “I think the Dolphins have to be terminated.” (Get it?)

The game, of course, also included a game-tying touchdown reception by Jets tackle Jumbo Elliott — AFTER the Jets had tied the game 30-30 and the Dolphins quickly had retaken the lead.