Sizing Up A Strange Season 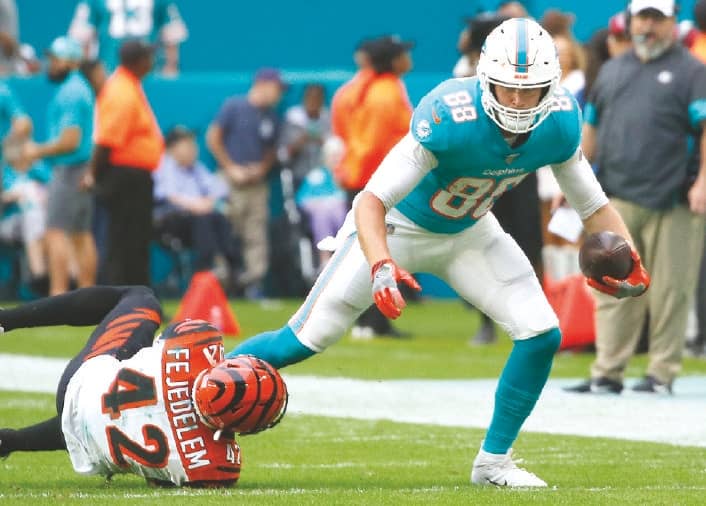 While the final record wasn’t necessarily impressive, the Dolphins had their share of significant accomplishments in 2019

This strangest of Dolphins seasons ended in the most unpredictable of fashions with the huge upset of the New England Patriots at Gillette Stadium, which had been a field of horrors for a decade.

Maybe it was a fitting ending to a season that began with the team criticized for getting rid of too many big-name players and appearing to be losing on purpose and then later criticized for winning too many games and losing positions for the 2020 NFL draft.

It was as though the Dolphins just couldn’t win no matter what they did. But they did win in a lot of ways in 2019. They accomplished the No.1 objective, which was to position themselves for sustained success by accumulating a lot of assets in the form of additional draft picks and substantial cap space.

Sure, it’s tempting to say the Dolphins failed to accomplish the ultimate goal of landing the first overall pick in the 2020 NFL draft, which would have guaranteed them their choice of whichever player — read: quarterback — they deemed worthy of leading the franchise for the next decade or so.

But first pick or not, the Dolphins have way more than enough assets to significantly upgrade the roster this offseason and next, with three first-round picks in 2020 and two more in 2021, along with a large amount of cap space to pursue the right kind of free agents.