Godchaux is Man of the Year nominee 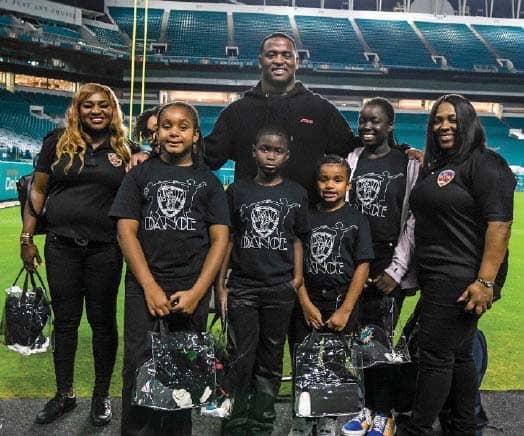 Davon Godchaux called it the biggest award after winning the Super Bowl, so it clearly meant a lot to him to be selected as the Dolphins’ 2019 nominee for the Walter Payton Man of the Year award.

“Growing up, I didn’t have it all,” Godchaux said. “I wasn’t born with a silver spoon, so I feel like I always got the opportunity to give back, to give a little more, I always want to give back to the community and make sure giving back to the kids is always important to me.

“At the end of the day, I think the kids are the next generation. That’s the next group up. We have to make sure our kids are straight. Any time I have a chance to impact a kid’s life I think it’s always important because I feel like growing up somebody impacted my life.”

Godchaux succeeded Kenny Stills as the Dolphins’ nominee after Stills had earned the nod the past two years. 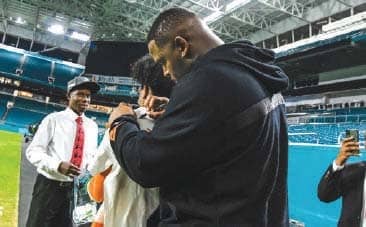 All 32 players selected as their team's Man of the Year are now eligible to win the national award. The Walter Payton NFL Man of the Year Award presented by Nationwide recognizes an NFL player for outstanding community service activities off the field, as well as excellence on the field. First established in 1970, the national award was renamed in 1999 after the late Hall of Fame Chicago Bears running back Walter Payton.

For the second year in a row, all 32 team winners will be highlighted as nominees and recognized for their important work during the weekend leading up to Super Bowl LIV.

The 2019 Walter Payton NFL Man of the Year will be announced during “NFL Honors,” a two-hour prime-time awards special to air nationally on Feb. 1, the eve of Super Bowl LIV on FOX. NFL Honors will be at the Adrienne Arsht Center in downtown Miami.

All 32 nominees will receive a donation of up to $50,000 in their name to their charity of choice. The winner of the Walter Payton NFL Man of the Year award will receive a $250,000 donation to the charity of their choice. All donations are courtesy of the NFL Foundation and Nationwide.