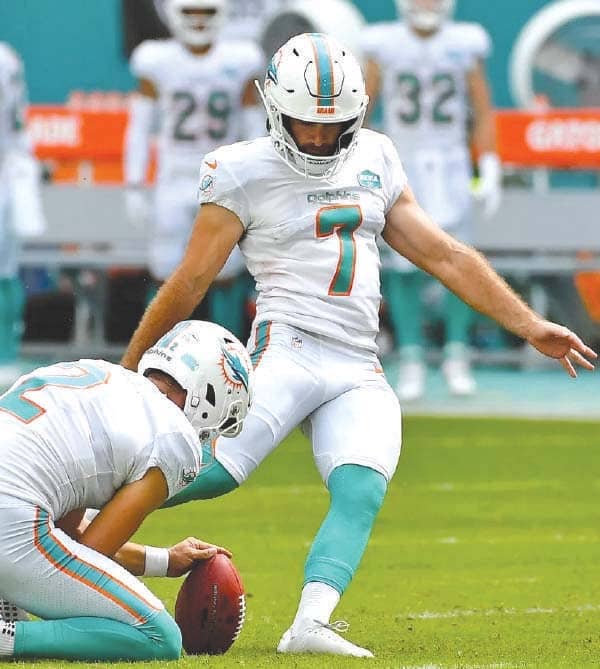 Davon Godchaux's season could be over, and so could his time with the Miami Dolphins.

The fourth-year defensive tackle sustained a biceps injury in the 43-17 victory against the San Francisco 49ers that could be season-ending and he was placed on injured reserve five days later.

Godchaux is hoping to be able to return late in the season, though the three-month timetable for his type of operation would put it at Jan. 13, meaning that would be a long shot at best.

Godchaux has started each of the Dolphins' 37 games since the start of the 2018 season after joining the team as a fifth-round pick in 2017, so this news obviously is significant.

Where the situation gets tricky for Godchaux is that he's in the final year of the contract he signed coming out of LSU and will become an unrestricted free agent next spring.

Godchaux was placed on IR exactly one week after rookie left tackle Austin Jackson, though there was no timetable given for Jackson’s return.

The Week 6 game against the New York Jets marked the first time since Week 16 of the 2018 season that the Dolphins were the betting favorites. They were 3-point favorites against the Jacksonville Jaguars at home and dropped a 17-7 decision in what became the next-to-last game of Adam Gase's tenure as Dolphins head coach.

And the Dolphins weren't just favorites against the Jets, they were heavy favorites.

The betting line opened with the Dolphins favored by eight points and the line had moved to 9.5 by Wednesday afternoon.