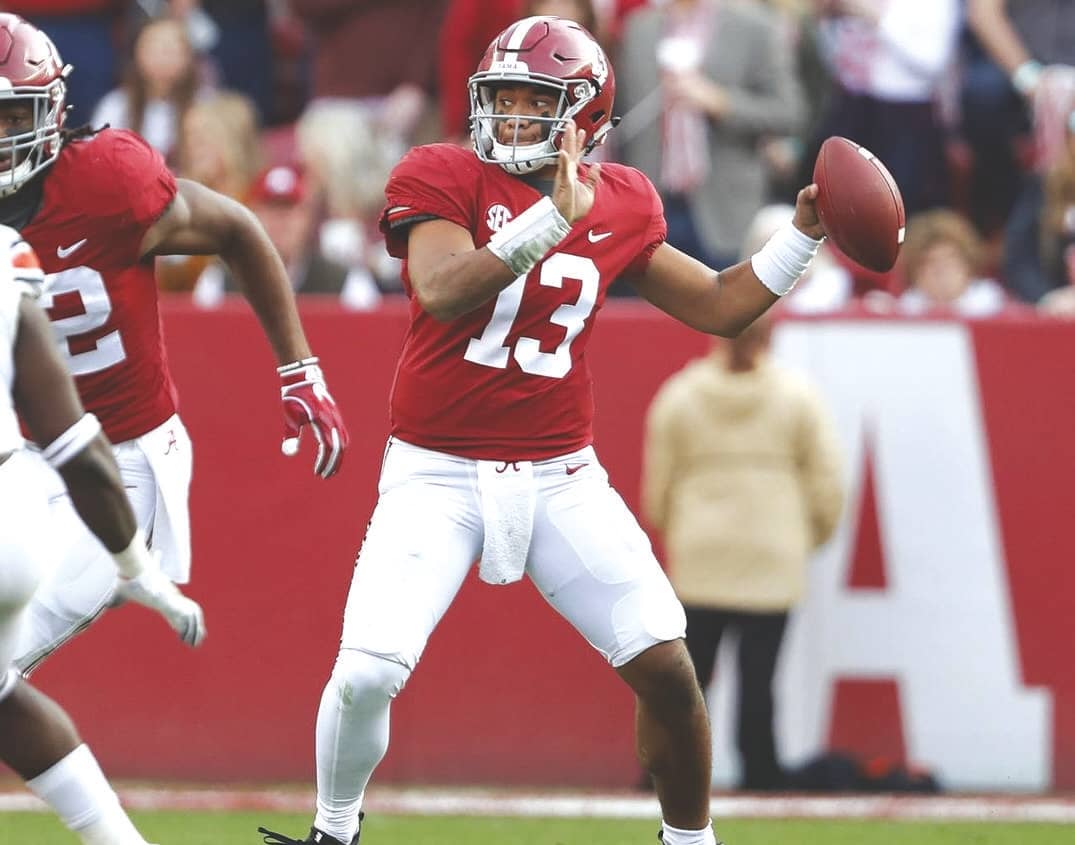 The Dolphins clearly will be major players in the 2020 NFL draft as the result of trades that have landed them three picks in the first round.

How they will use those three picks will be a hotly debated topic between now until next April, and several national outlets already have begun speculating as to what the Dolphins will do.

Despite the silliness of doing mock drafts in September and October based on projected NFL standings when the season isn’t even halfway done, that hasn’t stopped many folks from slotting teams to draft positions.

What is viable, however, is looking at the names on those mock drafts because there’s enough body of work on the players mentioned to have a pretty good idea they’ll be early draft picks next spring.

With that in mind, here’s a look at 20 top prospects for the 2020 draft, players who almost unanimously appear in the first round of national mock drafts.

Note that the list includes players eligible to return to school in 2020 but who are expected to instead enter the draft. The heights and weights listed are those that appear on each player’s school website.

QB TUA TAGOVAILOA, 6-1, 218, ALABAMA — The consensus, though not unanimous, top prospect at quarterback. Tagovailoa has put up ridiculous numbers this season, continuing a great run that started in the second half of the 2017 BCS title game when he replaced Jalen Hurts at halftime. Tagovailoa is very accurate, though it’s fair to point out he has the benefit of playing on a star-studded offense.

QB JUSTIN HERBERT, 6-6, 237, OREGON — Herbert has all the physical traits you want in a franchise quarterback, with the great size, mobility and big arm. He’s also got intangibles and is a twotime Academic All-American. The one knock on Herbert is his accuracy hasn’t necessarily been that consistent. While Tagovailoa has been the more productive college quarterback, Herbert probably has a higher ceiling.

The latest in a long line of great Alabama wide receiver prospects, Jeudy just might be even better than either Julio Jones or Amari Cooper. Jeudy won the 2018 Biletnikoff Award, given annually to the best wide receiver in college football. In addition to his speed and hands, Jeudy is also a remarkable route runner.

WR CeeDEE LAMB, 6-2, 189, OKLAHOMA — Lamb is another big-play receiver with good size. He averaged 24.4 yards per reception in the first five games of the 2019 season, with a long of 71 yards against Texas Tech.