Counting Down The Top Stories Of 2019 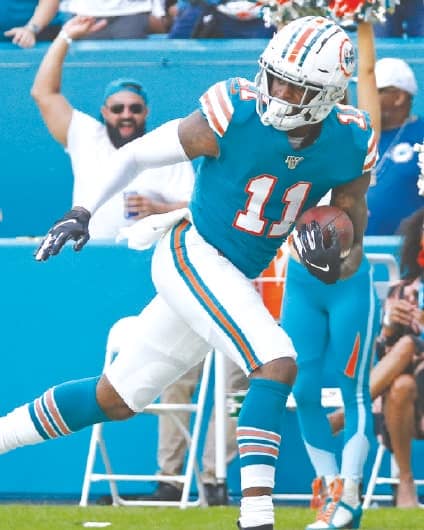 One thing we can say about the Dolphins’ 2019 season, which ended with a 5-11 record and the fifth overall selection in the upcoming draft, is that it certainly wasn’t boring.
Alain Poupart

We count down the 10 biggest stories of the year.

If the first season under head coach Brian Flores was largely about establishing a set of guiding principles — making a strong effort here to avoid the clichéd “culture” — consider it mission accomplished. That the Dolphins were able to squeeze five wins when many observers considered them a lock to have the worst record in the NFL in 2019 said something for the job turned in by Flores.

The Dolphins made no secret last spring of their desire to get a franchise quarterback and it was with that mindset that they swung the deal with Arizona for 2018 firstround pick Josh Rosen. But Rosen, unfortunately, proved to be an unfinished product and it was clear in training camp and in the preseason that he wasn’t the best quarterback on the roster. Rosen did get his shot in the regular season — albeit with tough assignments against the Cowboys and the Chargers — but he simply couldn’t produce on a consistent basis.

The name itself says it all. While it wasn’t quite as dramatic as the “Miami Miracle” of 2018, the Dolphins just might have had the play of the year for a second consecutive season. Really now, who didn’t go nuts watching Matt Haack start rolling out to his left before delivering a no-look flip into the end zone to Jason Sanders for the first punter-to-kicker TD pass in NFL history? That it played a role in an impressive Dolphins victory against the eventual NFC East champion Eagles made it that much sweeter.