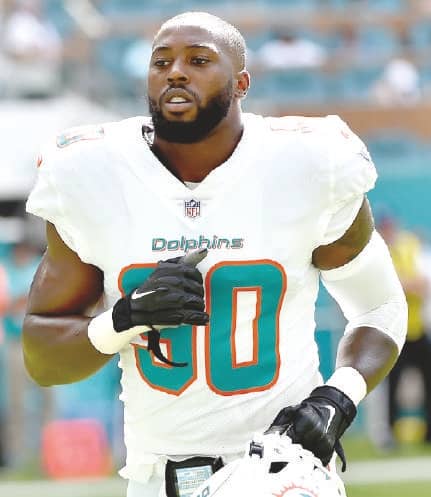 The unveiling of the regular season schedule always is a highly anticipated event, but it came with a little bit of apprehension this year because of the restrictions currently in place because of the coronavirus pandemic.

If things proceed as scheduled in the fall, the Dolphins will open and finish on the road for the first time since 2012; play the New York Jets in back-to-back games, a first in franchise history; play three consecutive home games in December; and play a Thursday night game for the fifth time in six years and for the fifth time on the road.

A potential rematch between Tua Tagovailoa and Joe Burrow when Cincinnati comes to Hard Rock Stadium on Dec. 6.

A reunion with former Dolphins players Kenyan Drake and Jordan Phillips in a game at Arizona on Nov. 8. 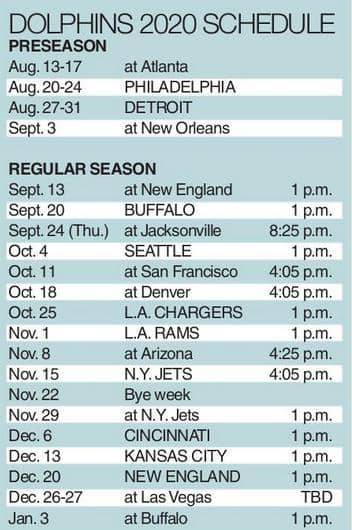 Along with their regular season schedule, the Dolphins announced their preseason opponents, though dates and times will be set later.

What we know is that the Dolphins will open and close the preseason on the road.