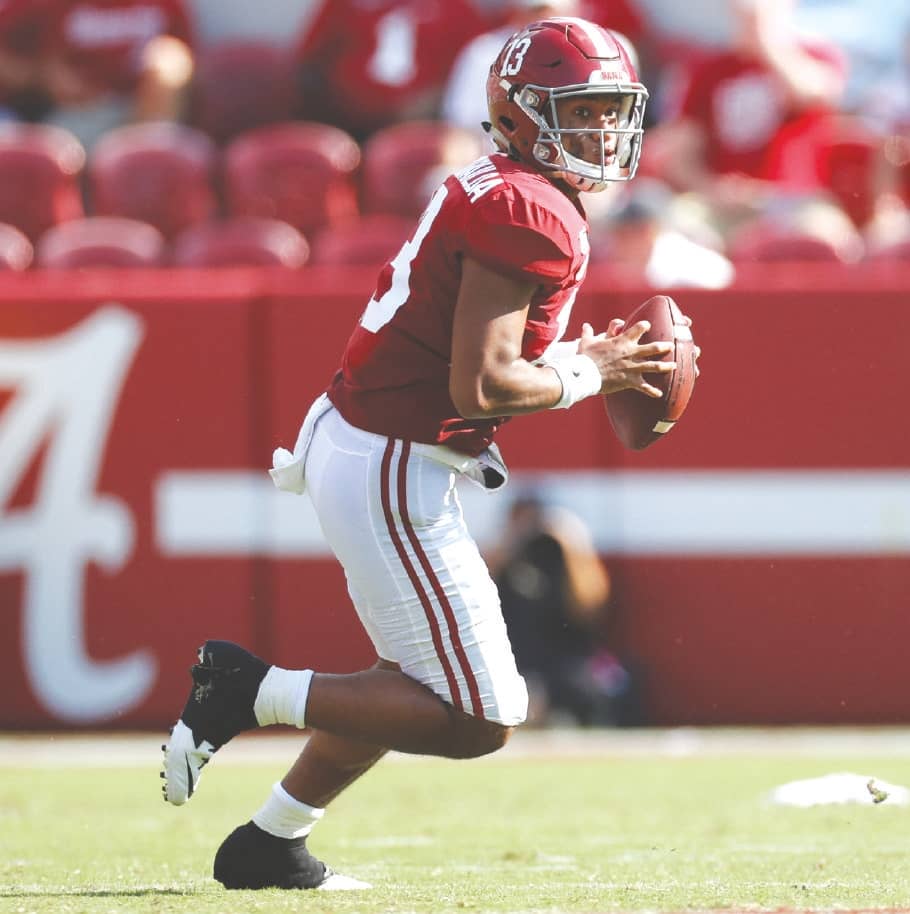 The Dolphins opened their 2020 NFL draft by taking the player with whom they had been linked for about a year, Alabama quarterback Tua Tagovailoa.

It marked the fourth time since the start of the common draft in 1967 that the Dolphins had selected a quarterback in the first round, as Tagovailoa followed Hall of Famer Bob Griese (1967), Hall of Famer Dan Marino (1983) and Ryan Tannehill (2012).

Came off the bench at halftime of the 2017 BCS title game and rallied Alabama to a 26-23 overtime victory against Georgia when he threw a 41-yard touchdown pass to Devonta Smith on a second-and- 25.

Threw three or more touchdown passes in 17 of his 32 games at Alabama, with 12 games of at least four TDs, four of at least five TDs, and a high of six touchdowns against Mississippi in 2019

Averaged exactly three touchdown passes in three BCS playoff games — against Georgia in 2017, and against Oklahoma and Clemson in 2018

Completed at least 70 percent of his passes 16 times, including an 88.9 percent showing (24-of-27) against Oklahoma in the 2018 BCS college playoffs

Rushed for 340 yards during his time at Alabama, including a high of 190 in 2018 when he also had a career-high five rushing scores

Tagovailoa did not work out as he was recovering from his hip injury.

“Talented dual-threat quarterback with winning background, explosive production and loads of experience in high-leverage games. He may be pigeonholed into a spread or RPO-heavy attack, but he's actually a clean fit in a pro-style attack filled with play-action and roll-outs. He has the release, accuracy and touch needed to work all three levels successfully and can become a more disciplined, full-field reader to piece the puzzle together against NFL coverages. He needs better poise when pressured, but his escapability not only moves the chains, it creates chunk plays in the air and on the ground. Teams assessing his draft value will need to sift through mounting durability concerns and decide whether he is a ‘face of the franchise’ talent without the abundance of talent surrounding him.”