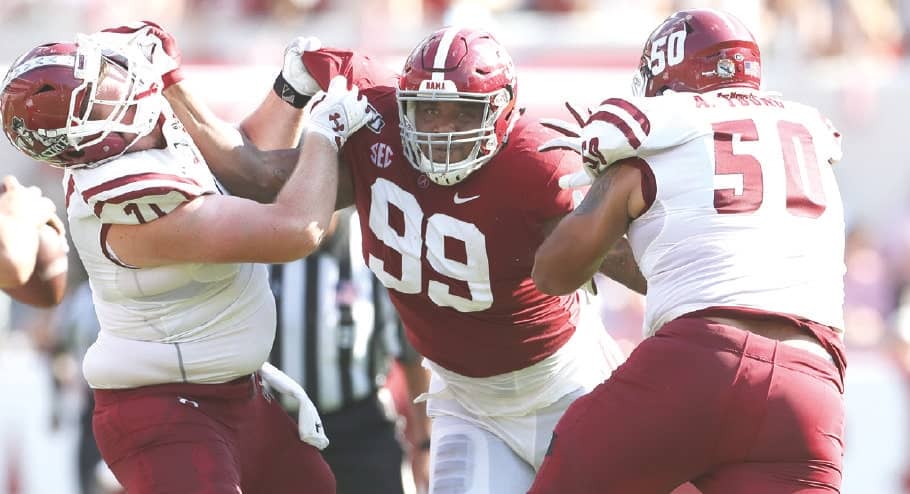 He was selected with a pick obtained from the New Orleans Saints when the Dolphins traded down in the second round of the 2019 draft.

Davis was a four-year letterman who played in 48 games with 32 starts.

He played in seven games as a true freshman in 2016.

Tipped a pass at the line of scrimmage and came down with the interception and a 19-yard return in the 2017 BCS title game against Georgia.

Had his best statistical season in 2017 when he finished with 69 tackles and 8.5 sacks.

These were his results in the drills: