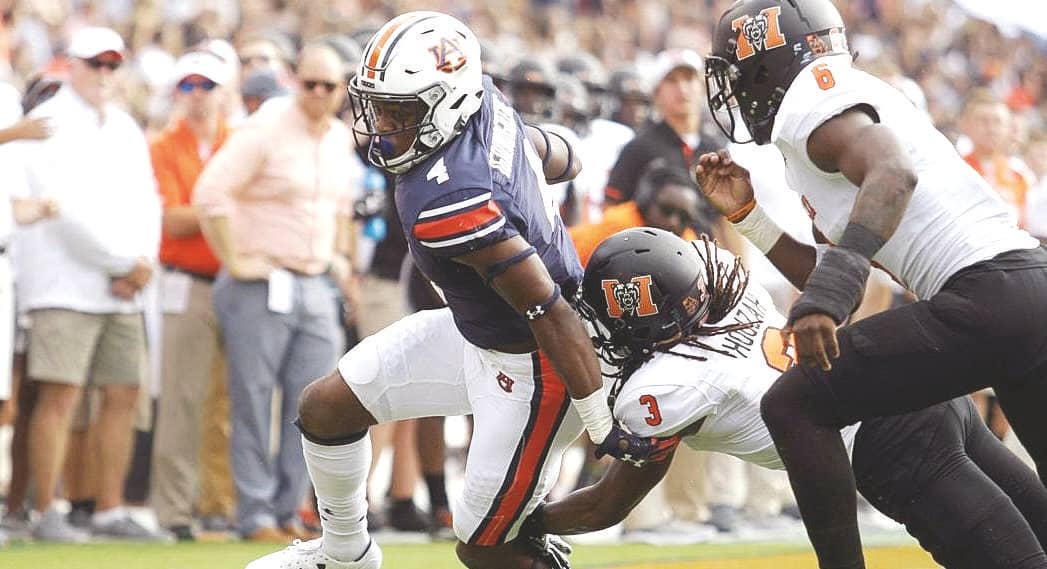 With their third of three first-round picks, the 30th overall, the Dolphins selected Auburn cornerback Noah Igbinoghene. He was selected after the Dolphins traded the 26th overall pick to the Green Bay Packers for the 30th pick and a fourth-round selection (136th overall).

Igbinoghene was a three-year letterman at Auburn who played 40 games with 22 starts.

• As a freshman in 2017, Igbinoghene played 14 games as a reserve wide receiver.

Igbinoghene had 92 tackles over the past two seasons and one interception, against Texas A&M in 2018.

Named to the Paul Hornung Award (most versatile) watch list in 2019 ... Named SEC Special Teams Player of the Week for his performance against Arkansas in 2018.

These were his results in the drills: