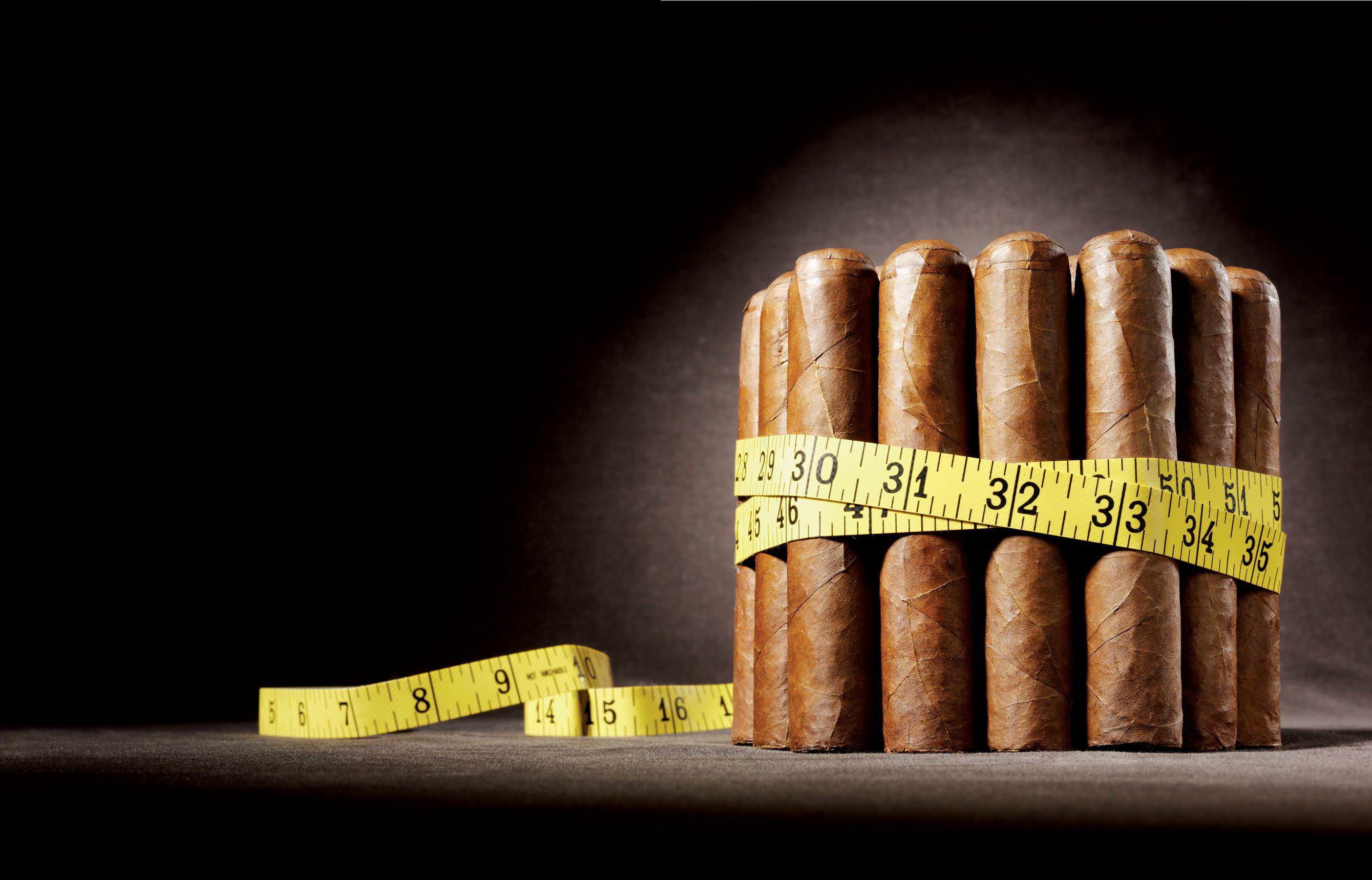 Anything but a fad, the fat cigar trend seems destined to stay.

Everything in America is bigger. Our heavy-handed culture of size is either expressed as a badge of honor or rebuked as a gaudy sign of excess. McMansions, Big Gulps, Hummers and Mega-churches are all oversized emblems of American appetites. And now, in keeping with this American tradition, premium cigars have become thicker, fatter and larger than ever.

Over the last 10 years, many premium cigar manufacturers have stopped producing coronas, lanceros and other slim sizes formerly associated with the gentlemanly art of smoking. Outside of niche markets, they simply don’t sell like they used to. Today, the consumer’s preference for heft has forced every cigar manufacturer to make thick, fat cigars in sizes and proportions that would have been laughable a few decades ago.

Although self-styled connoisseurs will never miss an opportunity to disparage this fairly new trend, these disgruntled smokers are now nothing more than the vocal minority. They can protest all they want—the trend is only growing and it’s probably here to stay.

If you go back 20 years, a cigar with a ring gauge of 46 was considered on the larger side. This is no longer the case. By today’s standards, 46 is a small smoke. Even robustos, which tend to have ring gauges of 50, look diminutive compared with today’s giants. Many companies won’t even produce a cigar with less than a 50 ring gauge, and the reason for this is simple—consumers are focusing on ever fatter cigars.

“You can’t give panetelas away,” says Jeff Borysiewicz, owner of Corona Cigar Co. in Orlando, Florida. “Coronas and lonsdales sell, but slowly. When we look at bringing a line of cigars in, we are going to stock the top five sizes and coronas and lonsdales usually won’t make that cut.”

What does make the cut is a format that’s been dubbed the “6 by 60,” which measures 6 inches by 60 ring gauge, making it close to one inch in diameter. Most new cigar lines include at least one cigar with a 6-by-60 dimension, and some cigars are even fatter. A few cigar makers have gone as large as 70 ring gauge, and a few more are pushing the fat cigar category into 80 ring territory— that’s about as thick as the cardboard tube you’d find inside a roll of paper towels. Standard toros and robustos start to look much smaller by comparison.

These cigars are untraditional, so there is no official name for the size from the history books. When Cigar Aficionado added the 6-by-60 category to its tasting format in the December 2012 issue, it dubbed the size “Grandes.” The popularity has continued, and now these fat smokes are familiar sights in humidors.

The trend didn’t happen overnight. But one could point to a few cigar makers who quietly ushered in the big cigars over the last 20 years, bringing the huge smokes into the mainstream without knowing it would affect the market in years to come.

If there is a godfather of large-ring-gauge cigars, it has to be Ernesto Perez-Carrillo, the owner of EPC Cigar Co. and the former owner of the La Gloria Cubana brand. Sure, large ring gauges existed before he came to prominence, but Perez-Carrillo was the first to normalize the 6 by 60 with La Gloria Cubana Serie R, a nationally recognizable brand created in the late 1990's that enjoyed broad distribution and respect among serious smokers.

“The consumers fell in love with these sizes,” he says. “I think that they were ready to accept a 6 by 60.”

The Serie R wasn’t Perez-Carrillo’s first foray into large ring gauges. In his earlier days, when he made all of his La Gloria Cubanas in a small, cramped shop in Miami, he was dabbling in the strange art of bulky vitolas for his custom clients.

“We had customers that would ask for big ring gauges,” he explains. “We wouldn’t make La Glorias in that size—the biggest La Gloria at the time was 52—but we had a house blend that we’d use for the custom jobs. There were these bikers that wanted us to make a 666 cigar—6 inches with a 66 ring gauge. I even made a 9 by 70 for someone. That was in 1980 or ’81.”

If Perez-Carrillo is responsible for bringing the bulky dimensions to the premium cigar mainstream, the seeds were sown years before by Rolando Reyes Sr., who once owned and ran Cuba Aliados Cigars.

Some may recall the gargantuan proportions of a cigar named The Chief. Made by Puros Indios in the 1980's, the hulking cigar measured 18 inches long, needed two wrapper leaves to cover its enormous form, and was rolled with a 66 ring gauge. The size first appeared under the Cuba Aliados brand as The General. It wasn’t the only massive smoke made by Reyes, who also had a 7 1/4-by-64-inch figurado called Piramide No. 1, and the 10-by-60 Grand Victoria.