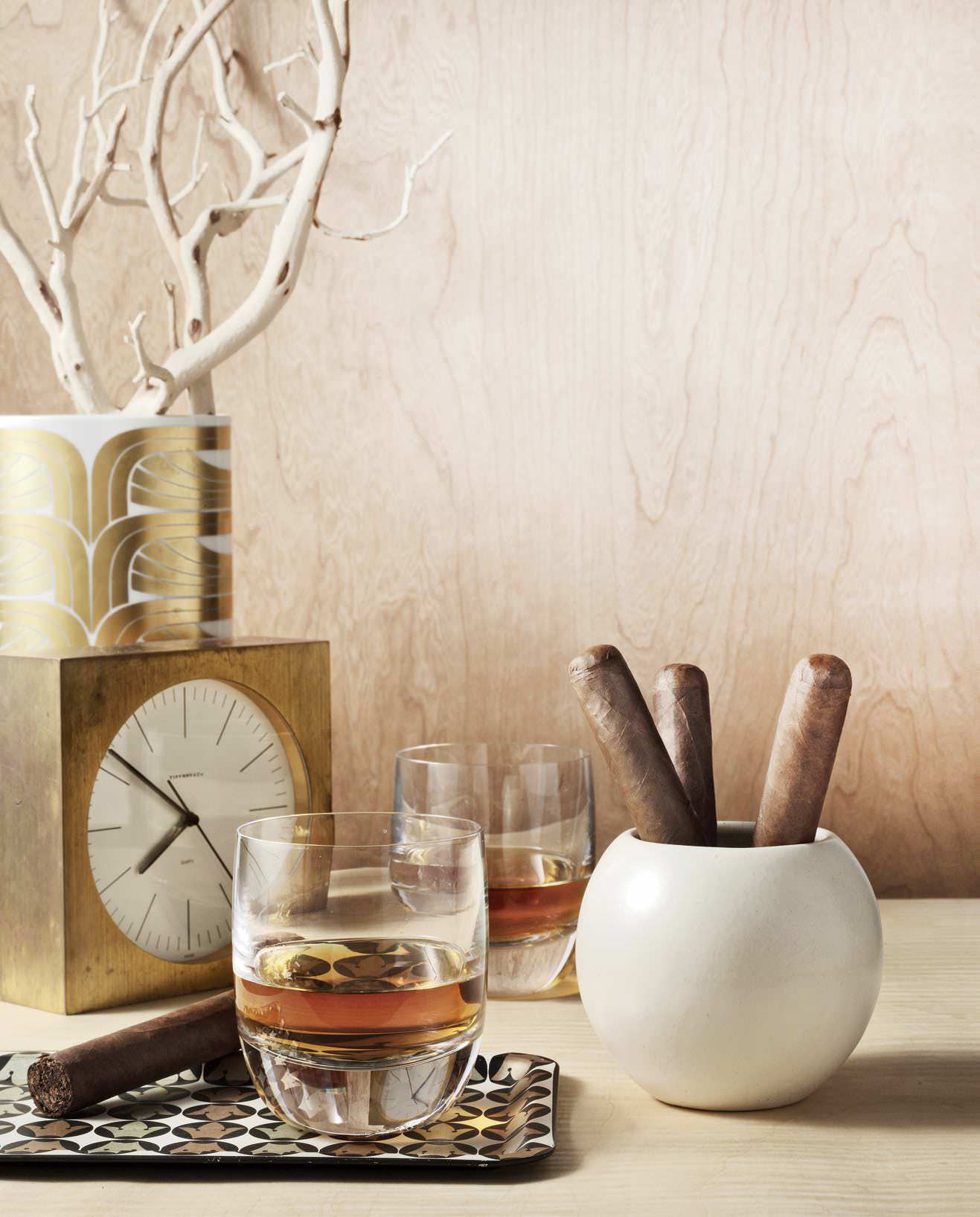 The revival of this spicy whiskey brings on perfect cigar pairings.

The biggest surprise of the already startling whiskey boom is the rye revival. Long ago it was America’s most popular pour, but it became a dusty afterthought on liquor store shelves in the wake of Prohibition. Yet when the current cocktail revival surged, bartenders with historical bents discovered its importance in classic mixology. By then the choices were few. Most straight ryes were made at Bourbon distilleries that devoted little time to rye production. Furthermore, they tended to be made close to the minimum amount of the spicy grain allowed by law: 51 percent. Burgeoning demand has brought broad diversity and flavorful ryes boasting 90 to 100 percent rye in their mashbill, as well some rye-forward entrants from Canada.

Like its Bourbon cousin, rye is a natural cigar partner—but tangier and not as sweet. We sampled a spectrum of ryes ranging in price from $19 to $300 per bottle with two contrasting cigar profiles. The Inch Natural byE.P. Carrillo No. 60 (5 7/8" by 60 ring gauge, $8.75) was meant to complement spice with its maple, coconut and oak notes. We chose the Rocky Patel 55 Robusto (5 1/2" by 55, $10.30) to go right after the zesty ryes with its notes of licorice, mint and dark toast. We were quite pleased with the results.

This rye was made using the uncut/unfiltered ethic of Booker’s Bourbon. It was laid down by the legendary Jim Beam distiller Booker Noe and selected by his son Fred when the whiskey was 13. You may want to tame its scorching proof with some water, but the sensation is a roller coaster from sweet to spicy to toasty notes in the form of red berries, red pepper and rye bread. The Inch smoothed out the rye, while becoming bolder itself. The Rocky Patel 55 was the winner, eliciting licorice and cedar where there previously was none. (136.2 proof, $300)

Rye whiskey was a natural progression for Bulleit, which debuted as a Bourbon high in rye content (28 percent). The version labeled “rye whiskey” amped the spice quotient up to 95 percent. After a vanilla and candy nose, its rye tang meets the palate with cinnamon, licorice and clove. With the Inch, Bulleit achieved a friendly give-and-take, where the maple candy reached accord with the whiskey’s cinnamon. The Rocky Patel 55 got toastier in the exchange and gave the whiskey hearty, nutty flavors. (90 proof, $27)