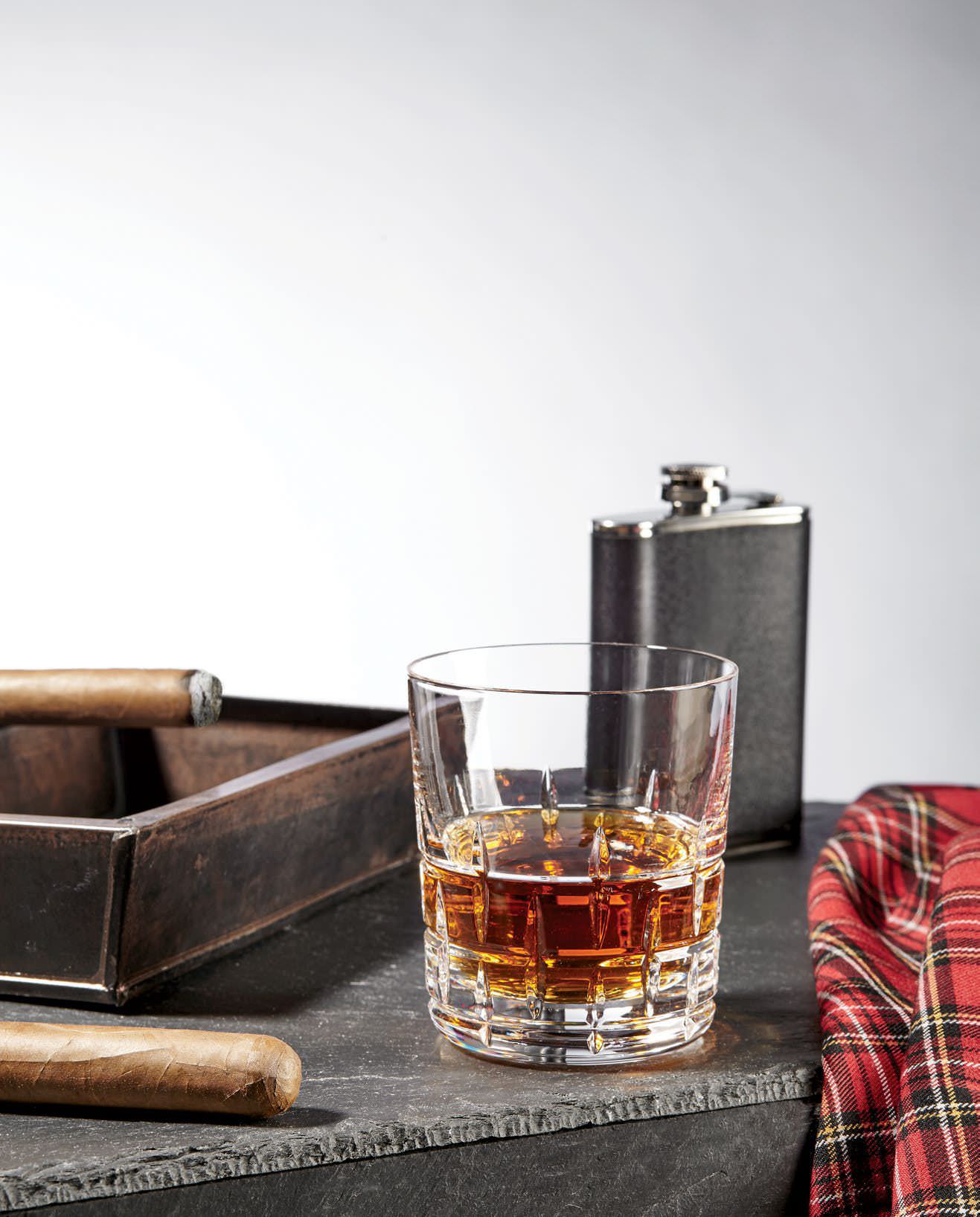 Simultaneously warming and austere, toasty but foreboding, heavily peated whiskies are considered by some to be the holy grail of Scotch. Many come from Islay (pronounced eye-lah), a west coast island that is blessed with peat bogs. Thousands of years of vegetal decay create a fuel that has traditionally been used to toast malted barley before it is fermented and distilled. The peat’s alluring smoky flavor comes along for the ride. Also associated with Islay are the flavors of seaweed and salt, because so many of its distilleries are built on the shore. Yet heavily peated Scotches are not limited just to that island, nor are all Islays peaty.

Pairing cigar smoke with peat smoke may seem a no-brainer. Nevertheless, like flavors can create a conflict, especially when a cigar tastes of tart, seared wood. Like matchmaking for an old bachelor it’s a delicate process, but when it works you strike gold. The best tack is to introduce flavors that contrast and complement the peat. Looking for suitable marriages we paired 11 of Scotland’s smokiest malts with two fine, handmade cigars. The My Father No. 3 Crema, which scored 92 points in our Top 25 list of 2014, shows off rich raisin and fruitcake sweetness, along with hickory, butterscotch and almonds. The Romeo y Julieta 1875 Deluxe No. 1 scored 91 points in our last issue while displaying nutty and sweet nougat notes along with a sweet and spicy core.

Ardbeg—along with Lagavulin and Laphroaig— forms a triumvirate of 200-year-old Islay distilleries known for serious peat smoke. Uigeadail (oog-a-dal), named for a neighboring loch, is a no-age-statement melding of ex-Sherry cask malts with whisky matured in Bourbon barrels. Not chill filtered, it is designed to evoke the distillery’s past. Smoke fairly pours to the nose, but calms on the palate to show the raisins from its Sherry treatment, as well as floral, honey and bread dough notes. The raisiny elements were a solid match for the My Father, promoting butterscotch and almond on the cigar. It was with the Romeo that Uigeadail had greatest effect. It teased rich woods, herbs, toffee and roasted nuts out of the cigar. The whisky’s high proof can tend to overrun a cigar, so consider adding a few drops of water. (108.4 proof, $80)

Not among the smokiest of Islay malts, Bowmore, the island’s oldest registered distillery, nevertheless features much of its noted maritime flavors (especially in the whiskies matured in its sea-level shore-side No. 1 Vaults). Some of its malts aged in the neighborhood of four to five decades are legendary (such as Black Bowmore). The distillery also has created a number of whiskies with different wine-cask finishes in limited editions. Part of its core range is Bowmore 15 Darkest, a vatting with Sherry casks. We chose the 18-year-old for its complex mix of fruits, cocoa, toffee and subtle toast. The My Father became surprisingly mellow with the Scotch, even as peat arose on the cigar along with caramel and fruit. The Romeo, however, mellowed out the whisky’s fruit, casting it as molasses, honey and graham cracker, while taking on some chocolate. (86 proof, $130)