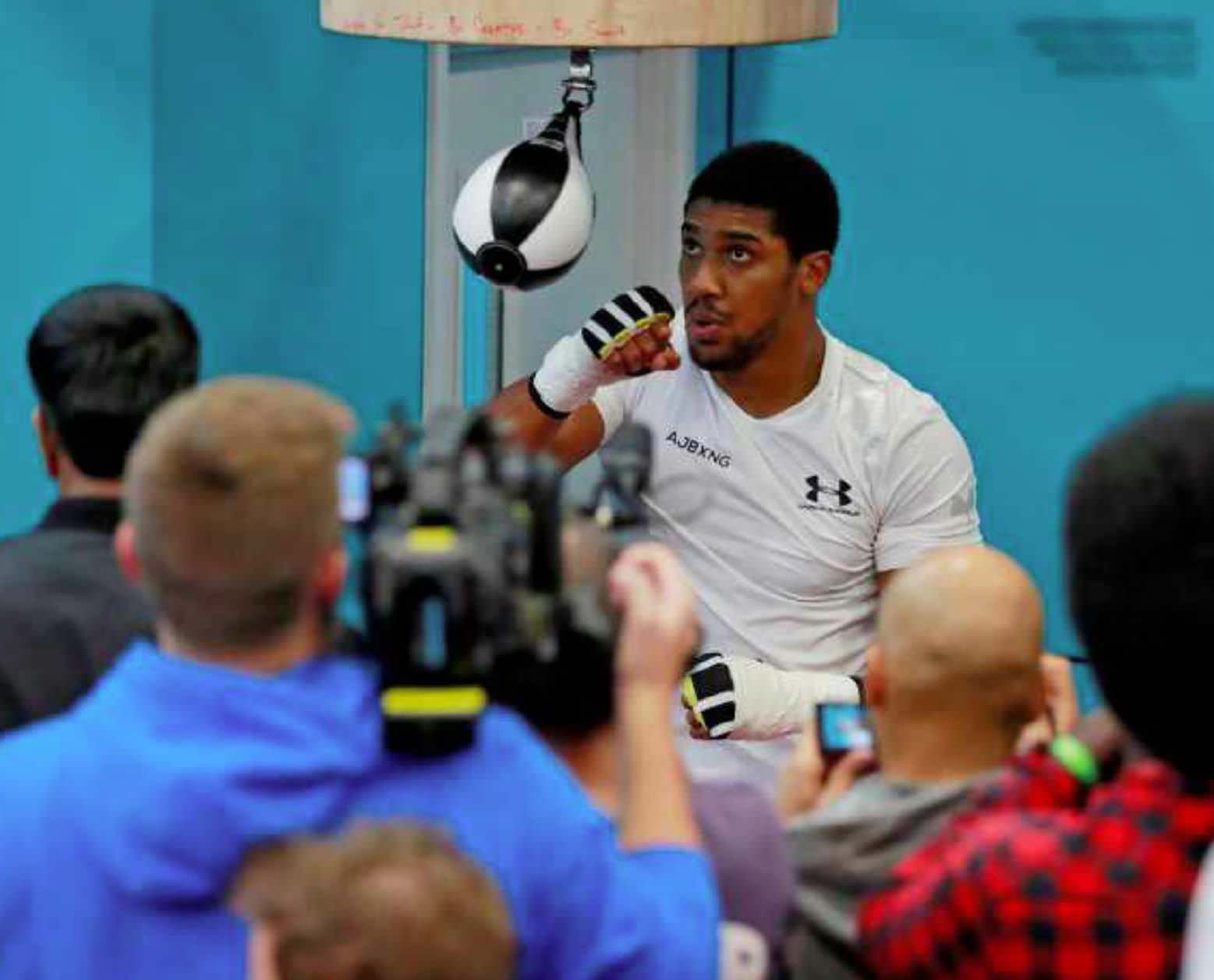 I was in that position last Wednesday, the day after Boxing News celebrated its 109th birthday, and what a four-hour wait it turned out to be. Basic rule: if the signal arrives, you’re in. You’ll get what you want – whether a photograph, selfie, video, or sound bite – and you might even get home on time. Yet, for those less fortunate, the wait can be gruelling, the queue never shortens, and the faces of those in the way become all too familiar.

In terms of the set-up at the English Institute of Sport, there were writers, photographers and sponsors in pen one, film crews in pen three, and then between these two pens, ensuring there was no cross-contamination, were members of Joshua’s team. I’ll call them ‘disciples’ for now, but, whatever the correct terminology, these blokes, varying in size and relevance, were responsible for keeping the herd, all of whom wanted something from Joshua, all of whom observed his every move, under control.

It was quite an operation, too. They were slick with it, strict with it, and clearly keen to sieve the overwhelming interest. When Joshua was on the scene, for instance, the disciples got busy. Did stuff. Moved around. When he cracked a joke, they laughed louder than I’ve managed to laugh at any stage in my adult life and did so with thigh slaps. They shepherded. They scowled. They schmoozed. There was an itinerary to follow, and they followed it, expertly.