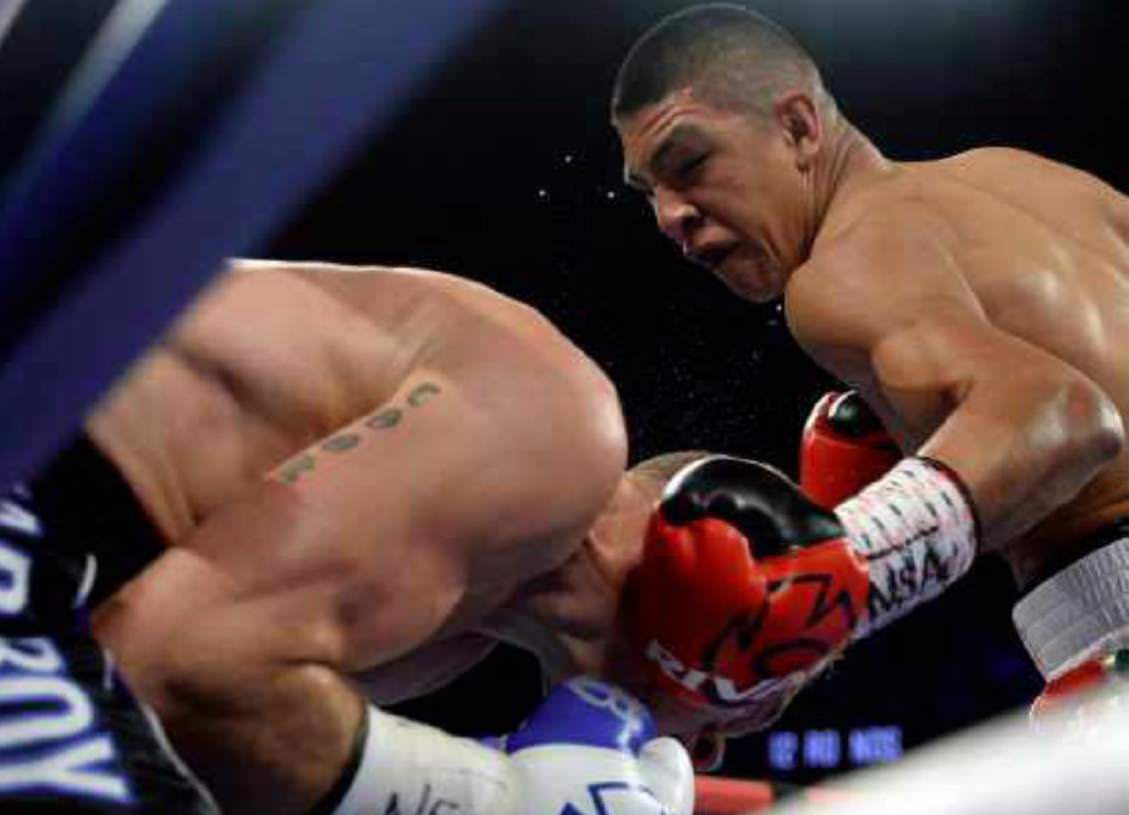 The Golovkin-Canelo II undercard showcases some impressive power, but it’s over in a flash.

MEXICO’S Jamie Munguia was in wild but devastating form as he terrorised poor Brandon Cook for a little under eight minutes. The first round was a painful one for the badly overmatched Cook. Plucky and willing, the big underdog was rocked and socked for fun. Munguia’s aim was ragged but good enough to punish Cook with his long Thomas Hearns-style blasts. The Canadian’s legs dipped from a right hand before a sustained attack had Cook clinging on by the end of the session.

The end was nigh. Even so, Cook started the second with purpose, bravely throwing all he had at the WBO super welterweight champion. But it wasn’t quite like fighting fire with fire. More a case of throwing paper on it.

The third round was an exhibition of Muguia at his most savage. The fast hands ripped through the air and into Cook’s stomach, ribs, gloves, arms and face. The Canadian had no chance as he retreated to the ropes, trying to cover but finding no escape.

He went down. He got up. Munguia was all over him. The referee Tony Weeks stepped in at 1-53 of the third round. Cook briefly complained but his mission was over. And while he was brave, it was a mission that probably should never have started. Munguia is far from the finished article, but his potential is clear.

The build-up to Spike O’Sullivan’s Las Vegas chance against former IBF middleweight champion David Lemieux went from heated to toxic as fight week developed. The culmination of the bad blood was considerably less drawn out.