The Sharpest Tool In The Shed 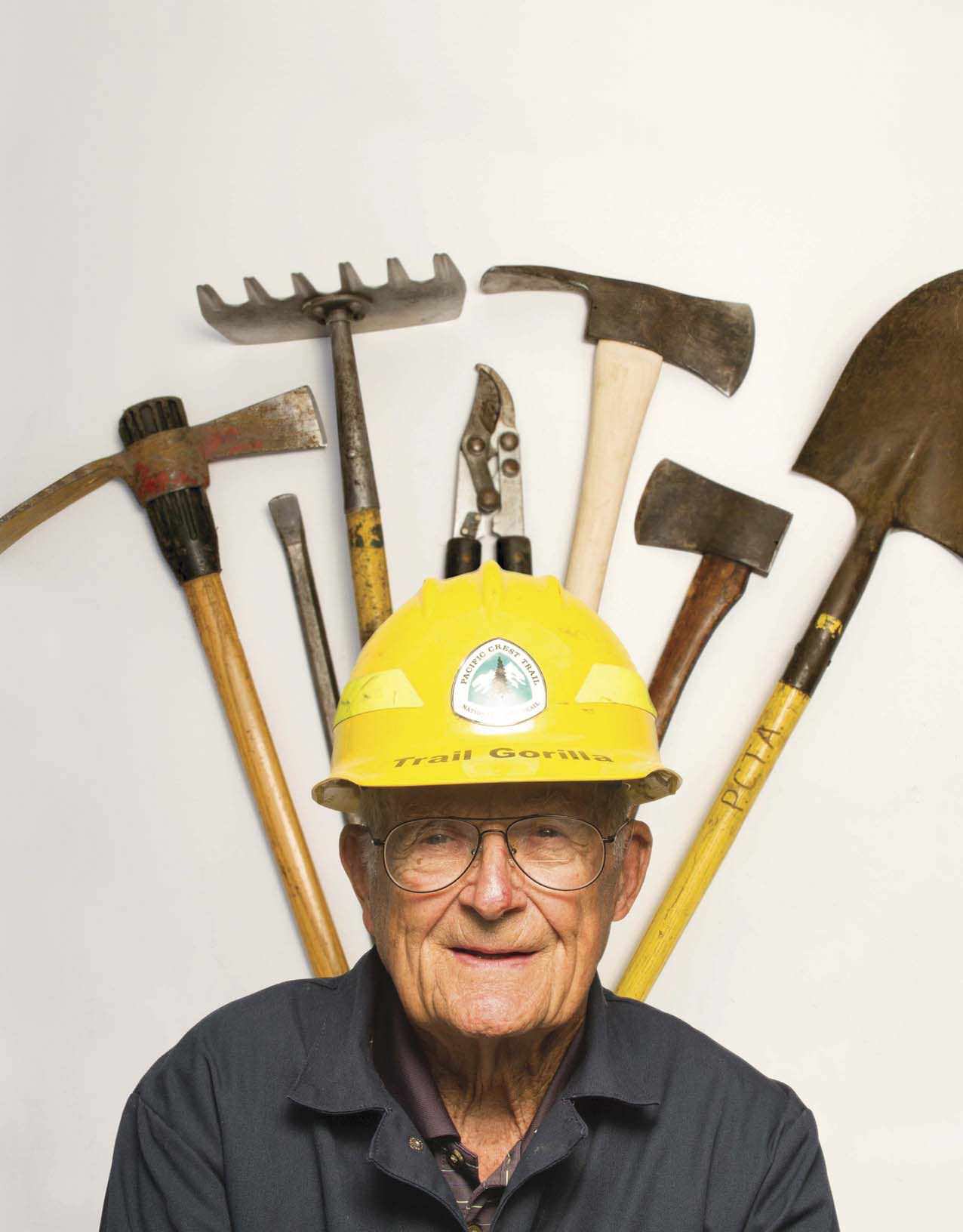 What does it take to keep the Pacific Crest Trail clear of debris for decades? A guy like Pickaxe Pete.

Eighty-six-year-old J.L. “Pickaxe Pete” Fish opens the door of his workshop to reveal a murderer’s row of trail tools, all weathered handles and gleaming edges. “I can’t abide a tool with a broken handle or a dull blade,” Fish says. “I’ve always been that way.” If you’ve ever set foot on the Pacific Crest Trail in Southern California—or even dreamed that you might someday—you are in Fish’s debt. It’s been 24 years since Fish first took up the Pulaski in the name of trail improvement, and in that time, he’s maintained the first 700 miles of the PCT (from the border with Mexico to Kennedy Meadows) and built a reputation for his hard-working crew of several hundred active volunteers: the Trail Gorillas. In January, Fish retired as the Trail Gorillas’ coordinator, but he hasn’t laid down his chainsaw. We caught up with him in April after he returned home to Ventura after clearing downed trees in the Angeles National Forest.

BACKPACKER: When did you start doing trail work?

FISH: For many years, my family had a cabin up near Lake Tahoe. I spent summers there and started helping my grandfather do trail work in 1940 or so. During World War II, when most of the Forest Service personnel were in the military, there would be an occasional ranger in the backcountry. Several of us kids would pack food supplies back to these remote places, then pack out garbage or barbed wire. In the process of getting back there, we’d have to do some trail work to get through. This became a habit as we grew up. We worked on trails during the summer. It was a way of life.

How did you get started on the PCT?

In the 60s, I was working alongside my father on the California Riding and Hiking Trail near Warner Springs (what is now PCT mile 111.4). I stood on this dusty trail and realized that Canada is that way and Mexico is that way, and that was an empowering thought. In 1990, I started section hiking, intending to finish in four years. After my third section, I met Alice Krueper [the mother of PCT trail maintenance] and everything changed.

Alice signed you up for your first project. A few years later, you were leading a crew. What was it like to be in charge?