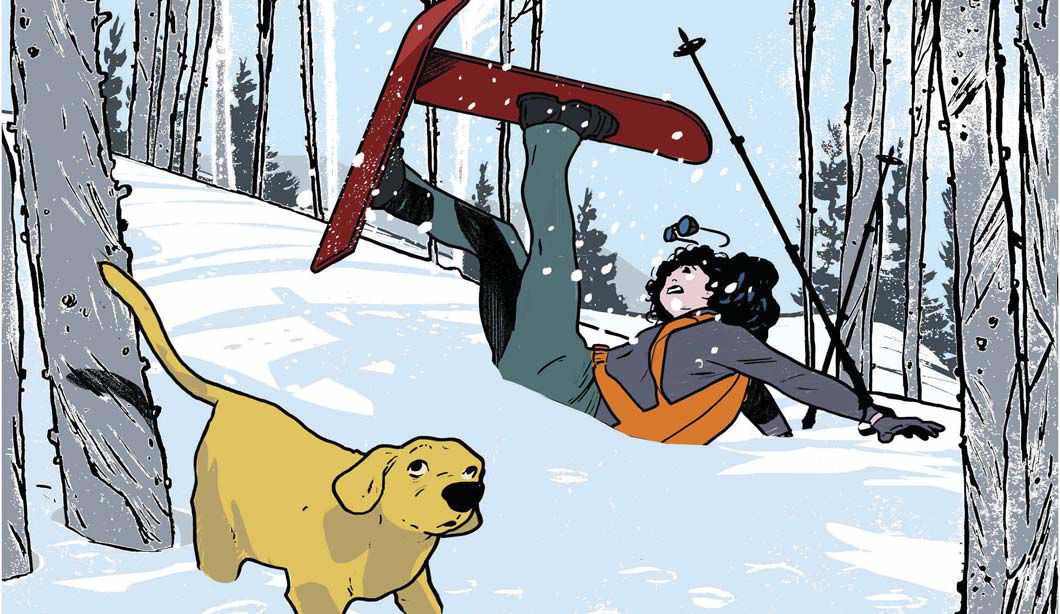 Can a diehard winter athlete take on a new sport—and the frustration of becoming a beginner again?

AFTER A LIFETIME of snow travel, I’ve tried it all: snowboarding, snowshoeing, skiing (of all kinds), and even sliding downhill on cafeteria trays. I’ve always loved picking up new sports and decoding gear, so when I heard about a snowshoe-ski hybrid called skishoes, I was intrigued. I had no idea it was my cafeteria tray sledding experience that would turn out to be the most useful.

My skishoes are roughly 3 feet long and 7 inches wide. They weigh about 4 pounds each and are made of high density polyethylene, the same stuff as an old-school Nalgene. They don’t have edges, but built-in teeth and scales line their underbellies. The skishoes seemed to fall somewhere between snowshoes and touring skis, and would hopefully marry the traction and learning curve of the former to the float and efficiency of the latter.

The gear was easy to assess, but I had some misgivings about mastering it. After all, I hadn’t tried to pick up a brand-new sport in a while. This would be an adventure.

I knew any ascent of the learning curve would require the right partner. Fortunately, my two-year-old yellow lab is always up for anything.

Lulu and I headed to a trailhead near Brainard Lake, Colorado. I scratched my head at the map kiosk. There were ski trails and snowshoe trails. What was I? Time to find out. We picked a 5-mile loop that incorporated both.