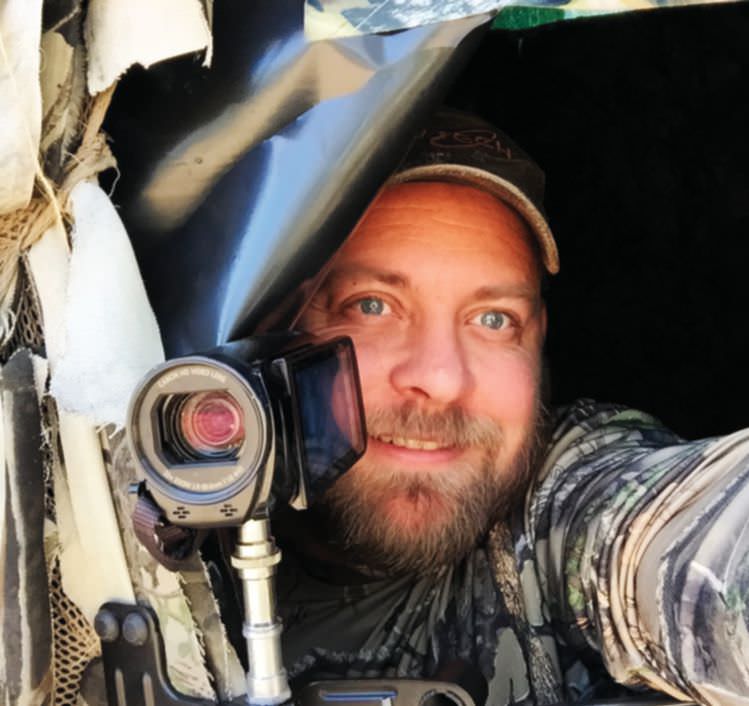 Sean is a commercial photographer,prolific Instagrammer and serial Facebooker. He is also a Staff Shooter for Bowtech SA, GoldTip, Beestinger,Sureloc& Team AZU and is the media liaison person for the South African National Archery Association (SANAA).

Let me start by saying this: I am an archery enthusiast. I shoot butts and paper targets. I’d like to think that I’m not too bad at it and have developed my archery skill to a level that I have won a medal or two and don’t score too badly at the club and provincial competitions. But I did not grow up in a “wildlife” family. Decidedly non-hunters, we have no problem with hunting or eating meat. I’d just describe us as a typical “urban” family. I always joked that my son should go and hunt with one of my friends so that he can learn the skills from somebody who knows what they are doing – and in fact, my son has been “hunting” before me! But before we get off the track…

I wanted to join a bowhunt to observe and do some photography and video of the event. The opportunity came up to do just that with my training partner, Mike, at Nhlanguleni Game Farm. However, the suggestion was raised that I actually bring my bow along (because “you never know!”) and we went from going through on Saturday after work, to leaving Saturday morning, to leaving Friday evening, to Thursday afternoon to Wednesday evening! Talk about shifting the timeframe! As it were, we ended going through Wednesday evening and were in a hide early Thursday morning. But I get ahead of myself… again.

First things first. I needed a hunting bow and arrows – and a rest, sight, quiver, camos, broadheads – basically everything! Luckily Archer’s Edge came to the party and I could get kitted out with everything I needed. I settled on a 60-pound Bowtech Prodigy as the bow to get the job done. I chose 60 pounds because my target setup is 58 pounds and I can do that quite comfortably and smoothly (apparently we have to be quiet and invisible when we do this!). My arrow choice was the new GoldTip Pierce 340 spine. I really like the Platinum Pierce target arrows, and with the same thin shaft. I know how they fly and how they feel coming off the string, so that was an easy choice. With the 100-grain points and VaneTech HP fletches, the arrow weight came to 410 grains in total.

The bow setup gave me arrow speeds of 282 fps for a total of 72 ft/lbs of kinetic energy. Since I was not thinking about a buffalo for my first harvested animal, that was more than enough for my needs. The plan was to shoot from a hide, in the 20- to 30-yard range, so we needed to get that absolutely perfect.

Next step: Choosing a broadhead.

If you ask five people which broadhead to use, you will get five answers – all different. I had 17 options to choose from. I could luckily discard many right away and in the end I decided that if something went wrong and I hit the very famous bokkoors, a larger cutting diameter might save my bacon. That released most of the fixed-blade broadheads. I still wanted to get good penetration, but I wanted the arrow to hit as closely as possible to my fieldpoint setup, and short of buying a pack of every available broadhead to test, I decided to go for the Rage Hypodermic and the Ulmer Edge from TrophyTaker. I tested both against a field point and almost put them all in the same hole. That part was easily settled.

Next step: Preparation! I broke my preparation down to a few basic points:

1. Shot location for the animals I had in my budget (kudu, impala and the famous “shallow pig”!)