The (Dead) Tree Of Life 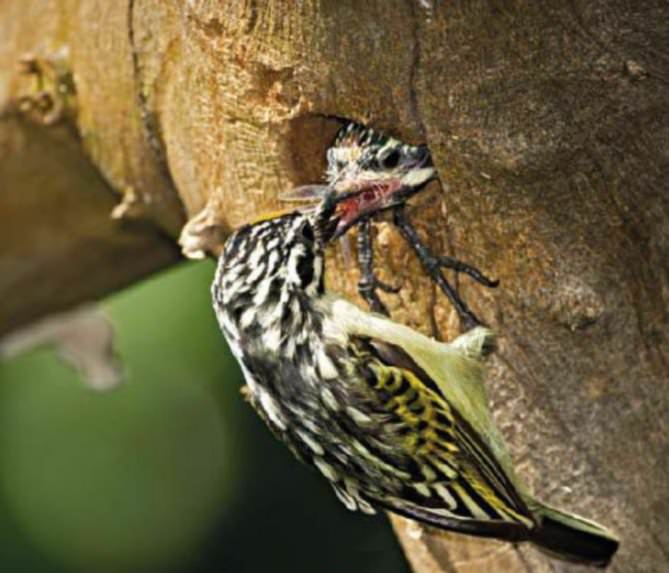 There’s a big sycamore fig tree in our garden, which died recently. Where there was once a leafy canopy, skeletal branches now claw at the sky. Many people suggested I cut it down, but I’ve decided to keep the tree.

Why? A dead tree plays an important role in the ecosystem. The highest dry branches, now devoid of any obstructing vegetation, have become good perches for numerous birds. Starlings, doves and hornbills can be observed almost on a daily basis. Even the odd raptor has made an appearance. The dead branches provide clear views over the nearby valley, which raptors like African harrier-hawk and brown snake-eagle use to scout for prey.