Chop Fever In The Tankwa 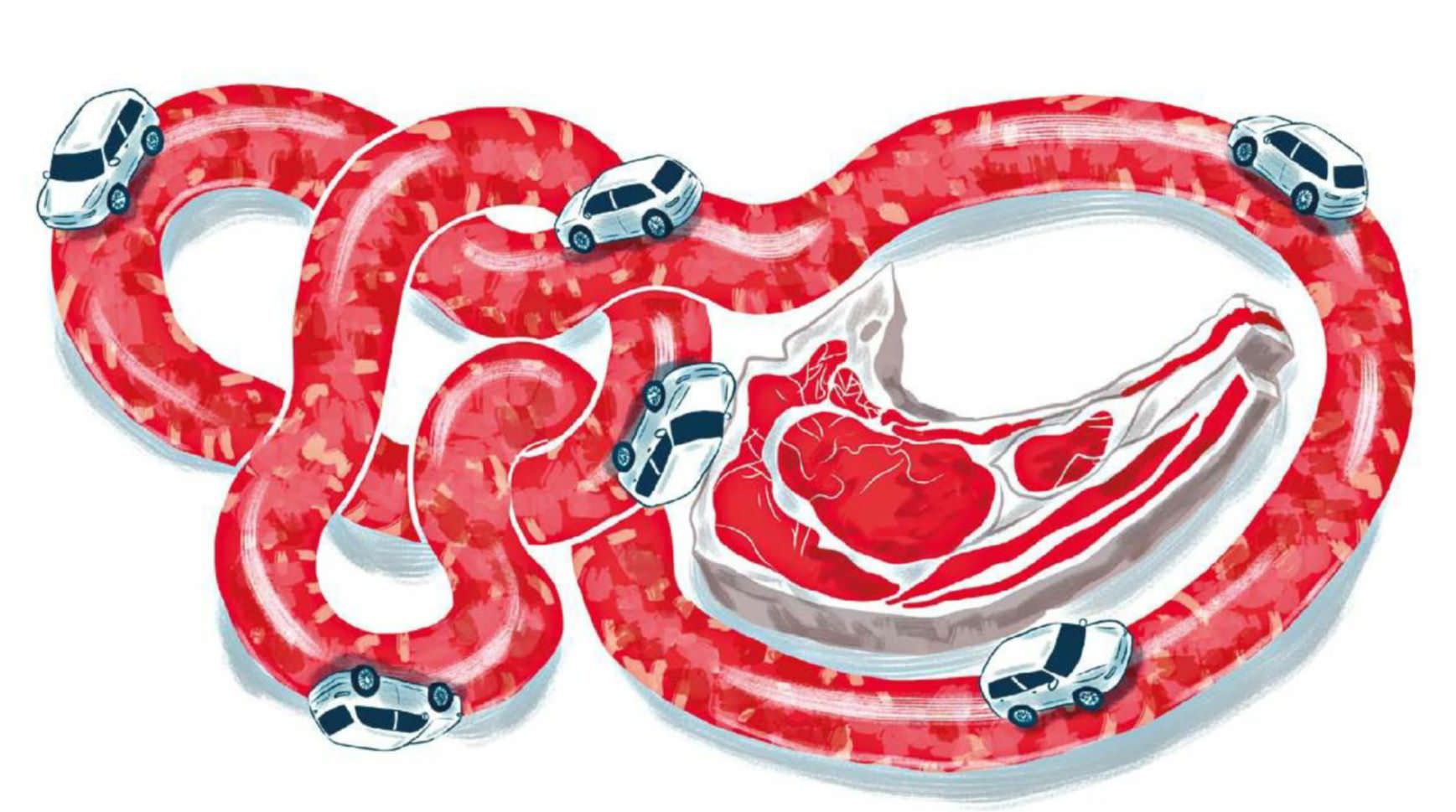 What do you do when you’re in the Tankwa Karoo and you forgot to pack lamb chops for dinner? Gideon Brückner had to make a desperate plan.

My wife Elsabé and I love the Tankwa Karoo and we travel there for weekends whenever we can. So it was this time: We both longed for crisp air in our lungs and to braai a few chops while looking out over Pramberg turning red at sunset.

Elsabé made a few quick calls: She booked an overnight stop at Sadawa Game Reserve north of Touws River, followed by two nights in the Tankwa Karoo National Park.

We left Somerset West early the following morning and filled up at De Doorns – petrol stations are scarce in the Tankwa. We turned off the N1 onto the R46 and headed into the great wide open. Soon we were at Sadawa.

The next morning, a woman called Daleen who works at the game reserve showed us a sneaky shortcut that would get us to the Tankwa Karoo National Park much faster. We headed off with joy in our hearts.

A couple of hours later,

Elsabé sighed. “Oh, goodness,” she said in English. I knew it was trouble. My wife is from the old Western Transvaal and only resorts to English when something is really bad.

The shortcut road was horribly corrugated. Since I was already holding the steering wheel of the VW Tiguan quite tightly, she didn’t notice how my grip intensified. I glanced over at her.

“What’s the matter?” I asked, assuming that she was upset by the state of the road. But it was much, much worse.

“I forgot to take our meat out of the freezer at Sadawa.”

Now I clenched the steering wheel with everything I had. I had heard her just fine, but I wished I hadn’t. In my mind’s eye, I was standing over a bed of red-hot coals, holding an ice-cold beer. But this mental picture lacked a crucial detail: There were no mutton chops spitting fat as they sizzled on the grid.

We were already 140 km from the game reserve and turning around wasn’t an option: We had to watch our fuel level and we’d already survived two hours of corrugations. Surely we’d be able to get a braai pack from the little shop at the national park?

“We have some bacon and eggs,” Elsabé said, searching for a silver lining. “That should get us through tonight and tomorrow…”

But she knew it and I knew it: Bacon and eggs are fine, but they’re not chops on the braai.