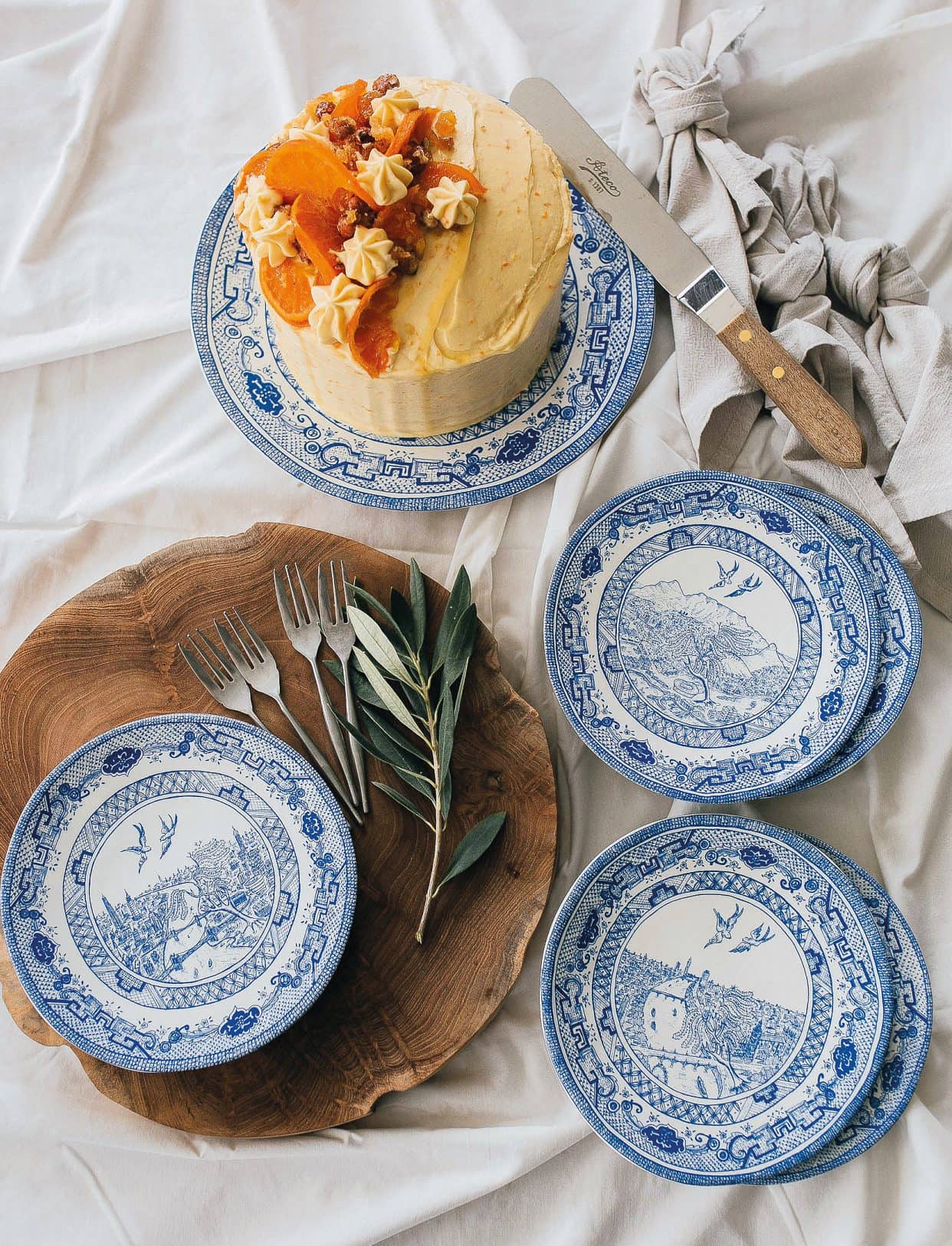 Her love of architecture, history, travel and for her mother’s treasured BlueWillow collection inspired Sarah-Jane Jordaan, a young architect and illustrator from De Doorns, to use her pen to take this much-loved tree on a trip around the world.

Blue Willow plates don’t need much introduction. They were created in 1779 in England by Thomas Turner and soon made their way to other parts of the world, appearing on tables across Europe, the Americas and, yes, South Africa.

They took pride of place on the tables of ordinary people and were highly fashionable in eateries in the US between the 1920s and 1950s – hence the American phrase “Blue Plate Special”. The blue doves were even presented with pride in British palaces. They remain sought-after items today. Collectors pay handsomely for the pieces, which have been manufactured throughout the years at 500 factories around the world.

Indeed, it was a set of Blue Willow dinnerware belonging to Sarah-Jane Jordaan’s mother that inspired her to send the willow tree off on its travels to London, Tokyo, Amsterdam, NewYork, Sydney and Cape Town.

How did your idea for the Travelling Willow Series start?

As an architect, I am by nature fascinated by buildings and history, and I particularly enjoy drawing cityscapes. It was really for pure enjoyment that I started researching the Blue Willow pattern. It is surrounded by many legends and myths, and because Blue Willow was so fashionable in the 1980s, everyone’s grandmother, mother or aunt had a plate or bowl in this design. I was also struck by how BlueWillow found a place for itself in homes all over the world. And then I thought about how much I would love to help the willow take root in several cities, to use the tree as an anchoring point in every drawing, and to use the distinctive round or oval frame as the “lens” through which each city is viewed – hence the name of the series, the Travelling Willow.

You have completed cityscapes of Cape Town, London, Tokyo, Amsterdam and Sydney. How did you choose these cities and the features of each one that you wanted to include?

MORE STORIES FROM GO! PLATTELANDView All