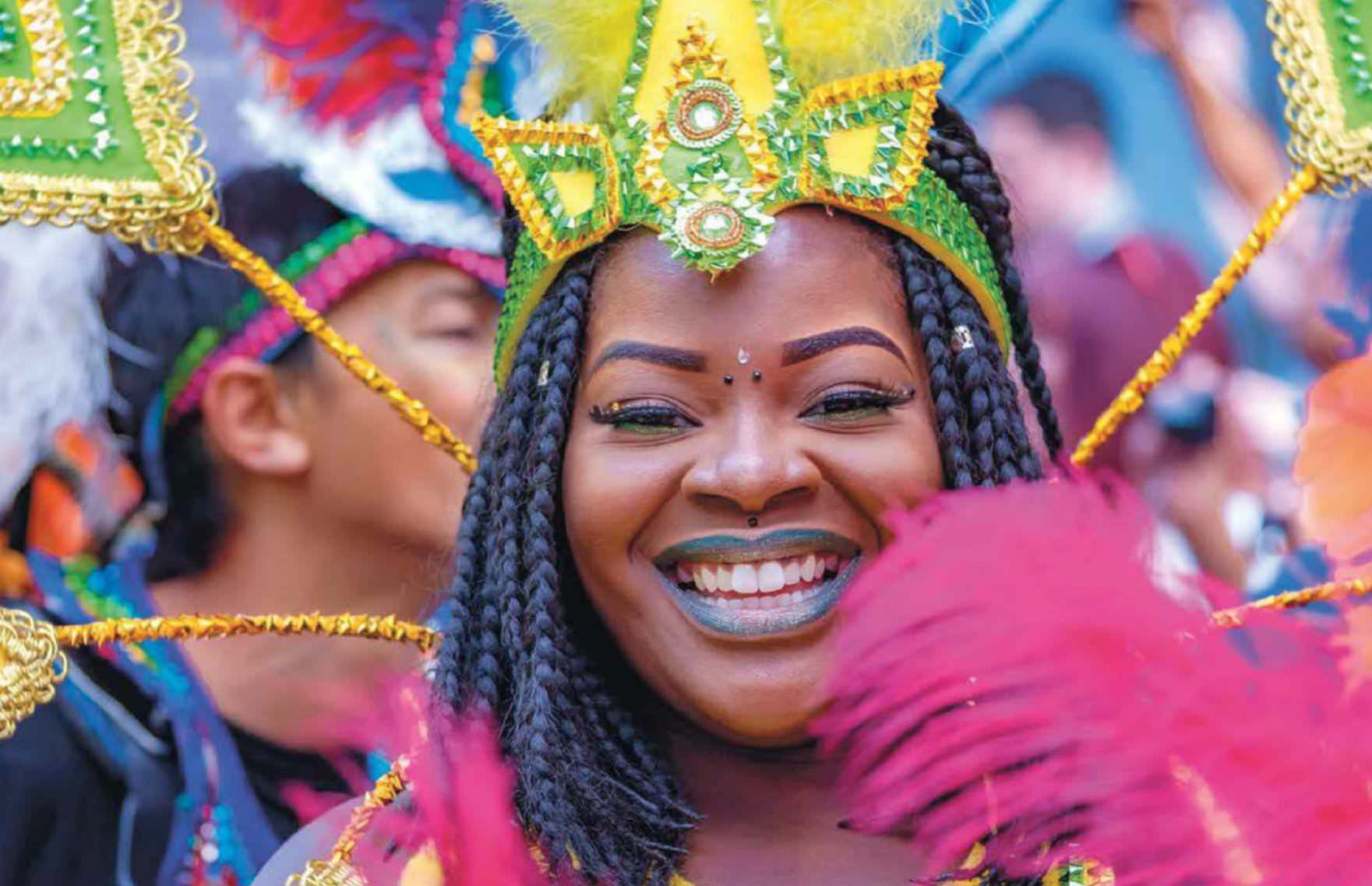 Get ready to wiggle, jiggle and sizzle as you watch Notting Hill Carnival (25-27 Aug), an annual free festival that takes over west London each summer. Now the second largest street festival in the world – after Rio de Janeiro’s Carnaval – this year two million people are expected to attend, n addition to 40,000 volunteers and ,000 police officers.

The festival sees floats, dancers and drummers parade through the streets along a 5.6km route. The procession has its roots in a Caribbean festival that took place in St Pancras Town Hall, Euston, in 1959. Held in response a local race riot the year before, the event was organised by Claudia Jones d Edric Connor as a way of celebrating Caribbean culture, diversity and community spirit. It featured limbo dancers, steel bands, a Caribbean queen beauty contest and calypso, a type of folk music from Trinidad and Tobago.

Over the following six years it changed venues, so the first Notting Hill Carnival is considered to have taken place in 1966, when the event was held outside for the first time – with an impromptu steel band procession from Powis Square by Ladbroke Grove. Around 500 people turned up.