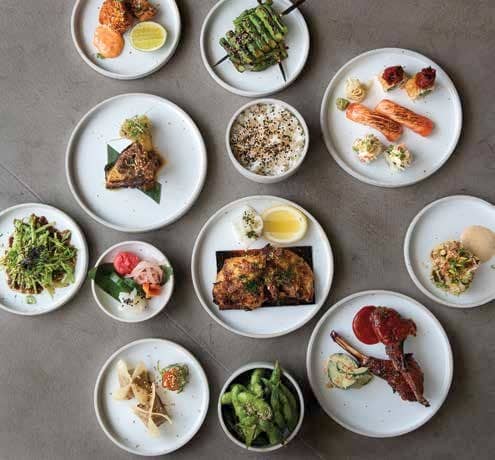 Can Zuma’s little sibling live up to the family name?

If there’s any culinary cuisine brave enough to take on the fine-dining scene in Dubai, it might as well be Zuma founder Rainer Becker. The chef and restaurateur already has four Roka outlets in London, and chose Dubai as the location of its first international venue.

It seems Roka Dubai hasn’t come in quietly either, taking a coveted spot in The Opus, designed by Zaha Hadid, in the recently opened ME Dubai Hotel. The restaurant opened soon after the hotel’s launch, but was quickly forced to close under the government’s precautionary restrictions. As soon as it was safe to do so, Roka announced its reopening, with all the necessary safety measures in place.