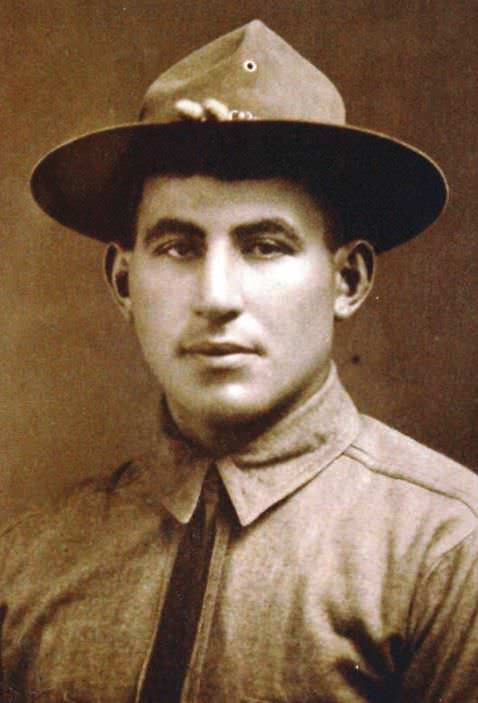 I am in the east room of the White House on June 2, 2015 for what is turning out to be the most amazing family reunion I could ever have imagined.

At the podium, President Barack Obama is presenting the Medal of Honor to my 86 year-old cousin, Elsie Shemin-Roth, and her sister, Ina Bass, who are both daughters of Sargent William Shemin, a man who fought bravely in World War I almost a century earlier. This is an extremely rare posthumous presentation of the Medal of Honor, the military’s highest award for battlefield valor, in consideration of Sgt. Shemin’s “extraordinary heroism and selflessness, above and beyond the call of duty.”

William Shemin, whom we knew in our family as Bill, was a younger first cousin to my grandmother (Leah Shemin). Leah—my father’s mother—and many of my Shemin relatives had their origins in a small town called Orsha in what is today Belarus. Around the turn of the 20th century this Russian town near the Dnieper River had a population of about 13,000—a little more than half of them Jewish. My grandmother’s branch of the family, and a whole generation of our forebears, including Bill Shemin’s parents, fled Tsarist pograms, famines, and a general lack of opportunity in Russia to come to America in the late 1800s and early 1900s. (If you’ve seen Fiddler on the Roof, you can imagine Orsha back then, even though Fiddler is set in Ukraine, a few hundred miles to the south).

Like William Shemin, who was born in Bayonne, New Jersey in 1896, my father was a first generation American, born in the Bronx in 1915 to Russian immigrant parents. As my father made his way through high school, college, and law school, Bill Shemin would give him his first job working in the greenhouse Bill ran after he had returned from WW I, obtained a forestry degree at Syracuse University, and established his business growing trees, flowers and plants on Boston Post Road in the Bronx.

In 1958, when my family, including my grandmother, were living in southern California, Bill Shemin traveled across the country to visit us. I remember as a five-year-old going to meet him for the first time at Union Station in downtown Los Angeles. Coming offthe train with his wife Bertha, he seemed very old (of course he was then about the age I am now—early 60s—but as I said, I was five). He had the limp that came from his wartime injuries and the shrapnel he took in his leg. The “war to end all wars” had also left him deaf in one ear. He still talked about his 1918 experiences as if they were yesterday. And despite his injuries, his personal sacrifice, and all the death and destruction he had seen, he talked about the U.S. Army with the reverence of a true patriot.

My vision of Bill Shemin is indelibly etched in the region of my brain where childhood memories are stored. As we gathered in the East Room of the White House, where so many important presidential statements have been made and so much history has occurred, my five-year-old first impressions flashed through my mind.

My cousin Elsie worked for 15 years to arrive at this miraculous day in 2015. She proved the case that Sargent William Shemin, by all rights, should have received the Medal of Honor for his heroism in the trenches and killing fields under German gunfire during a three-day battle in the Vesle River Valley near Bazoches, France in August, 1918. But because of the anti-Semitism that prevailed in the U.S. military at the time, this award eluded him. He received a Purple Heart and a Distinguished Service Cross, yet it was extremely difficult for a Jewish soldier from that era to receive a Medal of Honor.

Elsie went through incredible hoops and obstacles to make her case, not to mention having to work her way around hundreds of bureaucrats and naysayers who told her at every step hers was an impossible undertaking. Amazingly, she even arranged for bipartisan legislation to be passed in Congress—in the form of a bill named for Sgt. Shemin—allowing the military to reopen cases from World War I to reconsider soldiers for the Medal of Honor if they had been passed over because of discrimination. And this in an era when hardly anything gets through the U.S. Congress on a bipartisan basis! Elsie has the magic touch—as well as her father’s determination and persistence to get the job done. Her passion to see justice done is contagious. 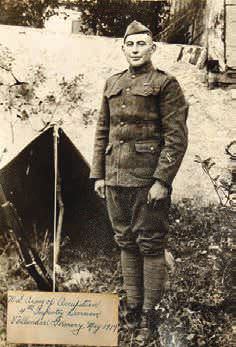 Tears are welling up in my eyes as I listen to President Obama say:

"Well, Elsie, as much as America meant to your father, he means even more to America.  It takes our nation too long sometimes to say so – because Sergeant Shemin served at a time when the contributions and heroism of Jewish Americans in uniform were too often overlooked. But William Shemin saved American lives.  He represented our nation with honor.  And so, it is my privilege, on behalf of the American people, to make this right and finally award the Medal of Honor to Sergeant William Shemin."