Breaking The Fourth And Fifth Wall 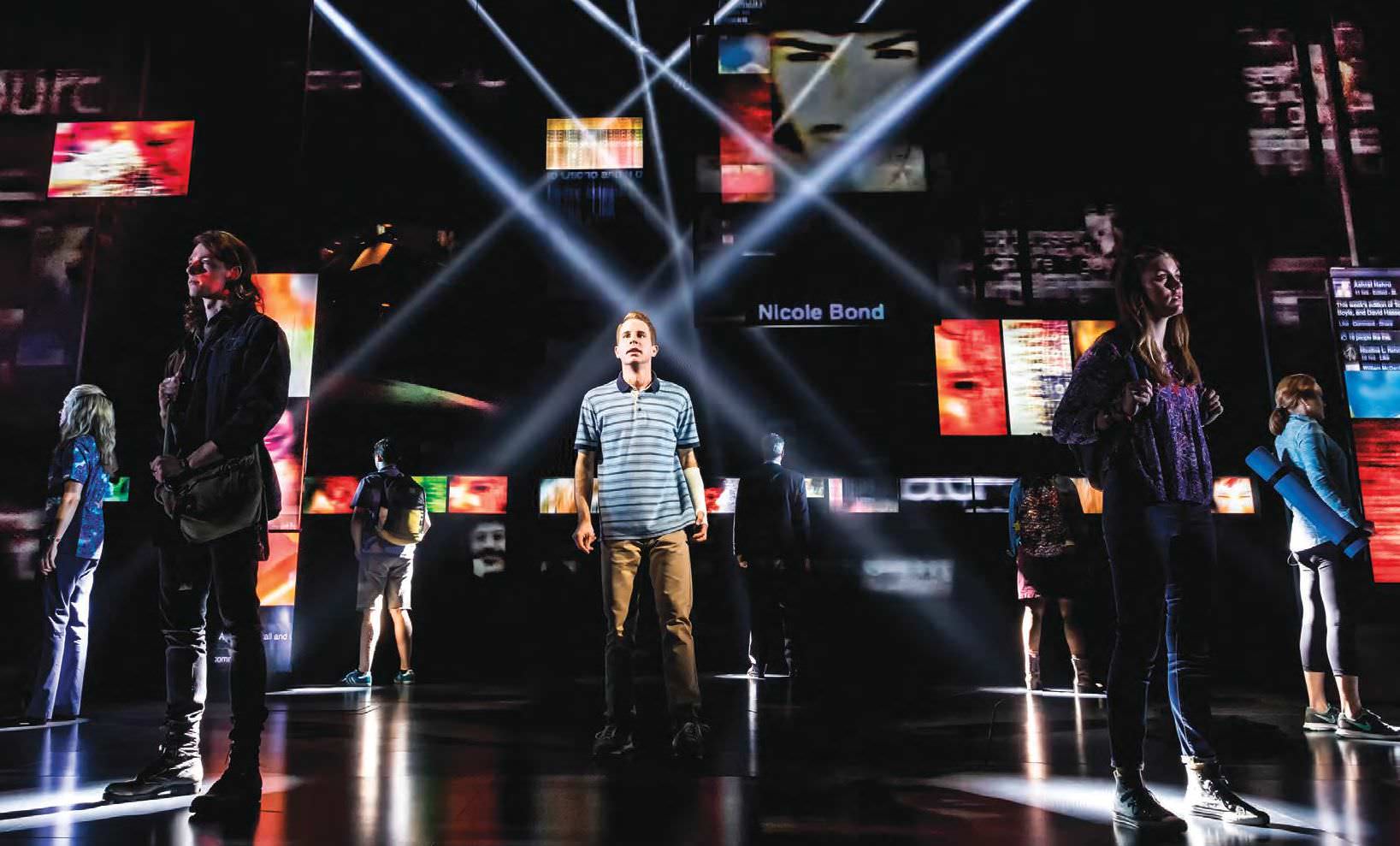 How Dear Evan Hansen Has Gone Beyond the Stage to Impact Teen Suicide, Bullying, Mental Illness and Social Media

DEAR EVAN HANSEN began as a germ of an idea about the yearning for a connection with others; co-lyricist and writer Benj Pasek was considering the embellished ties his teenaged peers had to a suspected victim of suicide. Pasek went on to explore the idea of connecting with a tragedy further alongside writing partner, Westport’s Justin Paul, during their college years, and before long the pieces of the story began to come together. Skip ahead to more than a decade later, and the Tony Award-winning musical is transcending the stage as it breaks a proverbial fifth wall. After all, Dear Evan Hansen doesn’t end when the curtain drops, nor does the show simply reach beyond the stage to its audience; an integral aspect of this production has always been its outreach, which producer Stacey Mindich admits has far exceeded the DEH team’s expectations.

Ben Platt plays the title character in the show about an isolated, lonely teenager who unintentionally becomes a social media sensation and a representation of the compassion that is lacking in most high school students. DEH centers on themes of teen suicide, bullying, mental illness and social media, amongst others, which led Mindich to consider how the show needed to offer supportive outlets for people who were experiencing similar problems. “From very early on, I didn’t feel that it was right to put on a performance of this show without some resource in the program that said, ‘Here’s where you can call to talk about it some more,’” she recalls.

The DEH team began very carefully and strategically gathering the right not-for-profit partners: Child Mind Institute, The Trevor Project, JED, Crisis Text Line and Born This Way Foundation. Working with such organizations organically brought them much needed attention, simultaneously promoting the show and its important messages. Mindich says that the foundations’ work with them has spread “in a very natural way that feels a lot like the show itself.”

In May, Child Mind Institute, whose goal is to “transform the lives of children and families struggling with mental health and learning disorders,” presented Mindich and DEH book writer Steven Levenson with the Visionary Award at their annual Change Maker Awards. CMI President Howard S. Koplewicz has received a tremendous amount of positive feedback from patients and clinicians about DEH’s impact on lifting the stigmas surrounding mental health disorders.

“We cannot discount the power that this show has to make people feel a part of something,” Koplewicz says. “When I see a conversation between Evan and his mother play out, and it feels so real, and I hear a mother in the row behind me sniffle and wipe away tears, I know I have been in the presence of something fundamental. That is the first step towards a broad conversation and consensus about child and adolescent mental health.”

The Trevor Project, which provides crisis intervention and suicide prevention services to lesbian, gay, bisexual, transgender and questioning youth, and the JED Foundation, which promotes mental health and approaches for preventing suicide, also presented DEH with distinguished awards this year, due to its far-reaching lessons and outreach.

Though DEH is unique to all other musicals in its effective messages, its awareness-raising is accomplished through methodology that exceeds most any to come before it. The cast participates in traditional talkbacks occasionally, though Mindich points out that they mostly hold them for organizations supporting Broadway Cares/Equity Fights AIDS, as the cast is always drained after performing. She also notes that people often want to leave the theatre “and be alone with their thoughts, or talk to someone about their thoughts.” Talkbacks are not crucial to the poignancy of DEH.