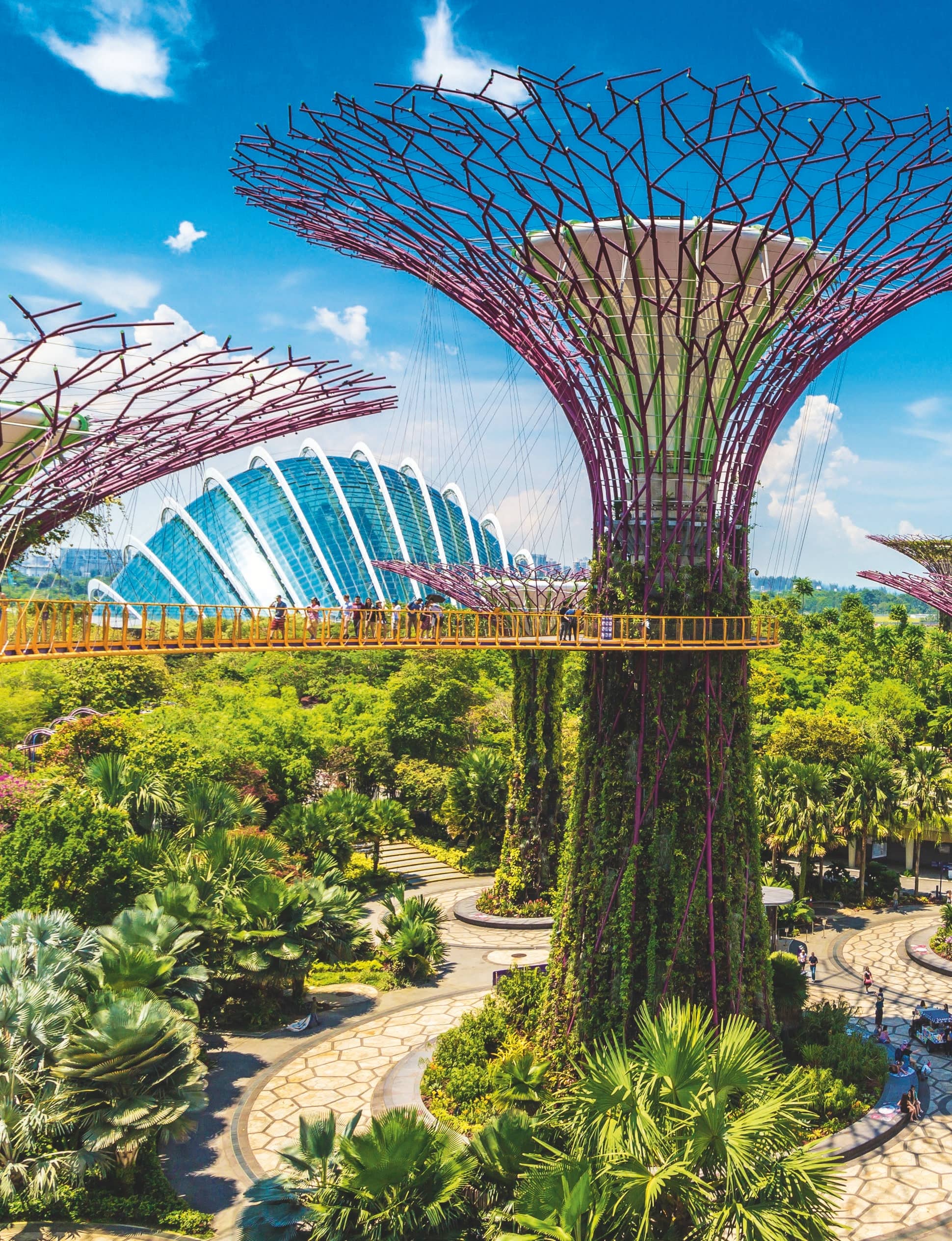 Swim with whale sharks, clamber smoking volcanoes and wander where dragons roam. South-East Asia is packed with unforgettable moments – here’s our pick of the best…

Swim with whale sharks, clamber smoking volcanoes and wander where dragons roam. South-East Asia is packed with unforgettable moments – here’s our pick of the best…

South-East Asia is one of the world’s top adventure destinations, boasting everything from untapped jungle to cathedral-like caverns. It’s a place where orangutans swing among the canopies and exotic wildlife, from elephants to ‘dragons’, can be seen in close proximity. In the water, teeming reefs and snorkelling opportunities are plentiful. Trekking, cycling, climbing, diving, surfing, wildlife watching, wellness – it’s all here in an action-packed region where the activities won’t break the budget.

1 Explore the Gardens by the Bay, Singapore

A game changer for gardens all over the world, this billion-dollar botanical wonder is made up of temperature-controlled biodomes that showcase environments from the Mediterranean to montane rainforest. The ‘Supertrees’ (pictured) are the iconic image of this project, and twinkle every night at 7.45pm and 8.45pm in a dazzling light show. Set aside at least a few hours to explore this enormous site. Where: Adjacent to the Marina Reservoir, Singapore. When: Year round. How: This immense botanical garden can absorb a large number of visitors, so just show up on the day. 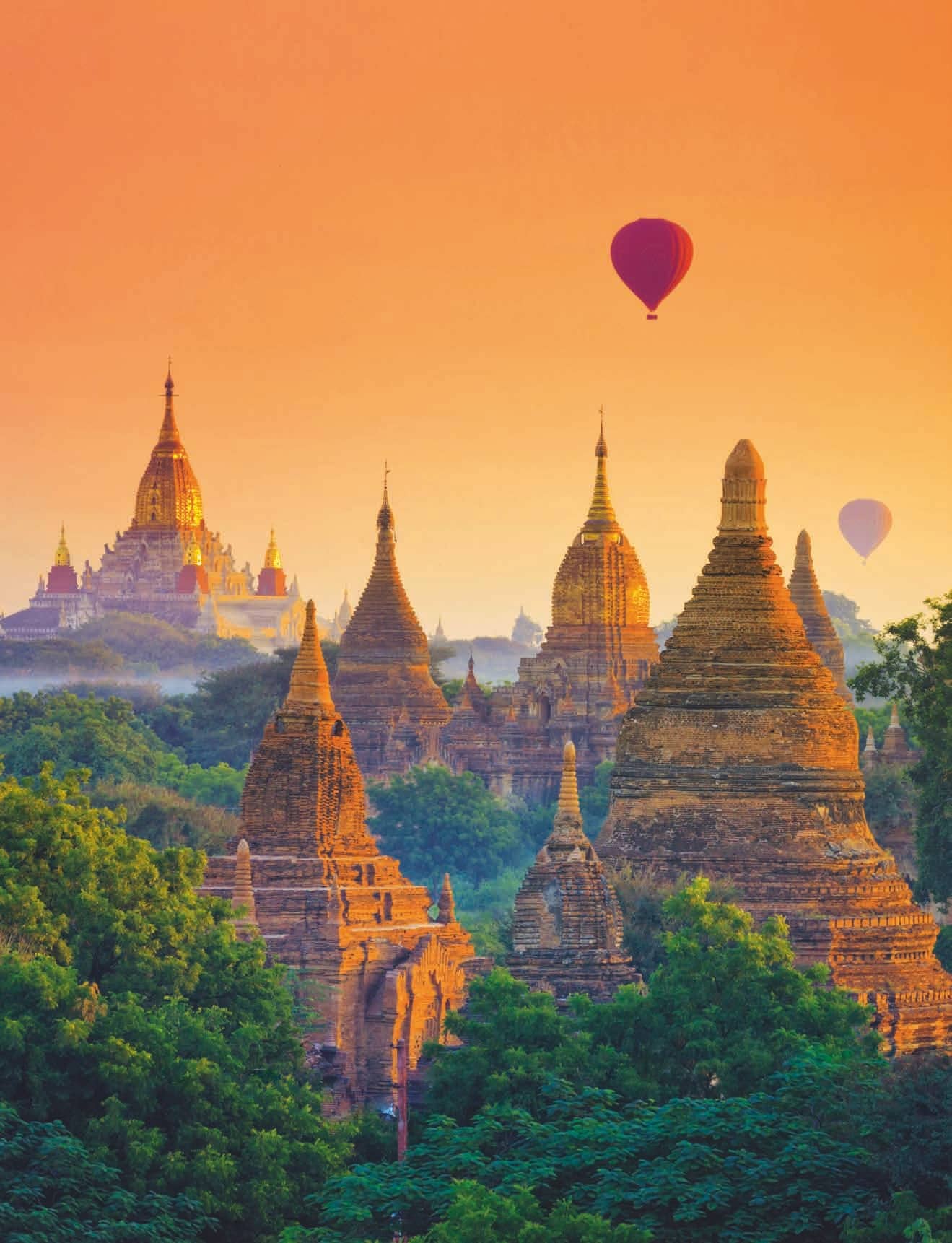 2 Float the temples of Bagan at sunrise, Myanmar (Burma)

The impressive temples of Bagan come in a dizzying array of shapes and sizes, and there is no better way to appreciate this historic spectacle than from the basket of a hot-air balloon, drifting across the Ayeyarwady plain. Take off in pre-dawn darkness and witness the sun bathe the spires of Bagan in its golden light for one of those breathtaking travel moments that linger long in the memory.

When: The dry season months of October to April.

How: There are several hot-air balloon operators in Bagan, but the original, and still the best, is Balloons Over Bagan (balloonsoverbagan.com). 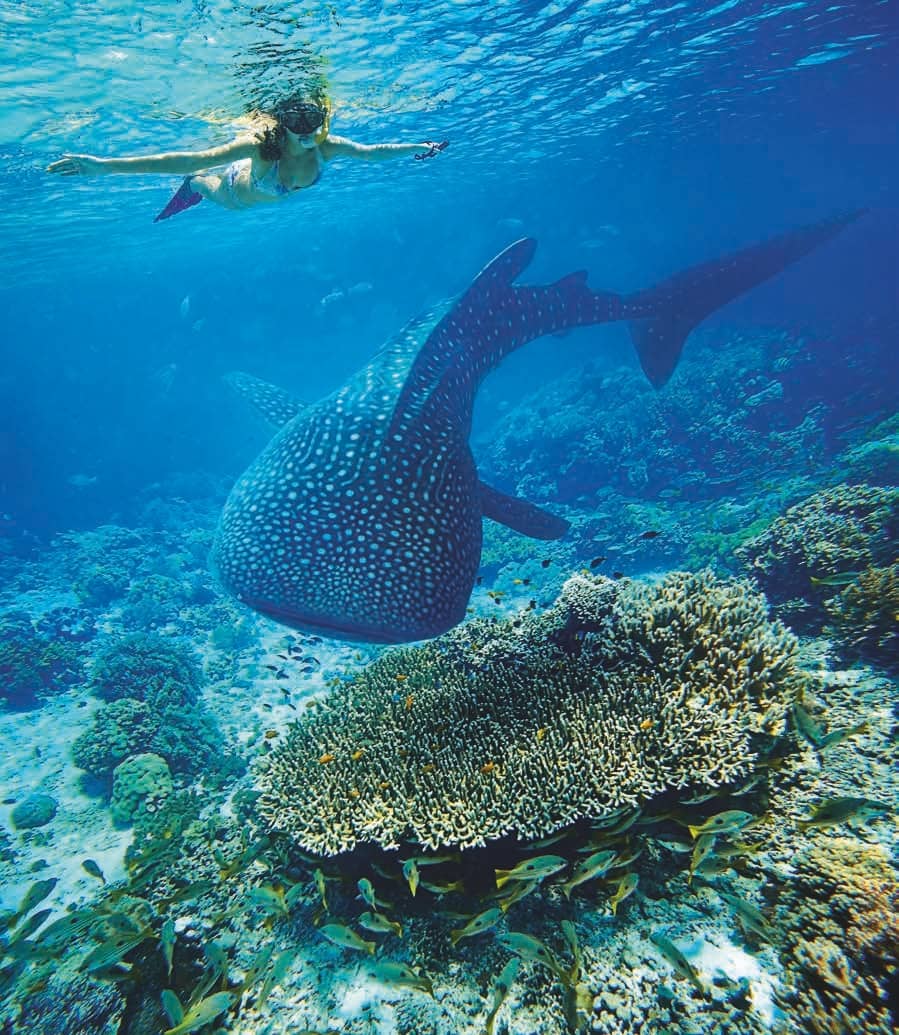 Son Doong is the world’s largest cave, reaching 200m at its tallest point. Discovered in 2009 at Phong Nha-Ke Bang NP, expeditions there are dear ($3,000/ £2,285pp), but the park is filled with other caves to explore, such as the underground river of Hang Va, the huge Paradise Cave and the zipline-swim-kayak experience of Hang Toi.

Where: Near to Dong Hoi.

When: The caves are open year round, but wet season (Oct–Dec) can be slippery for treks. The best conditions are February to August.

How: Son Trach village is about 50km north of Dong Hoi, a coastal city with links to Hanoi, Hue and Danang by rail and road.

At a lofty 4,095m, Mount Kinabalu is the highest mountain on Borneo, its gnarly granite outcrops rising high above the steamy lowlands. The contrast between the lush, green jungle below and the stark lunar landscape above makes this one of the most rewarding treks in Asia, while serious climbers will want to tackle the via ferrata back to the Laban Rata Rest Camp.

When: The dry season months of March to August are the best time to climb Mount Kinabalu. Avoid the wet season months of October to January, as some trails become impassable during this time.

How: The national park o†ice is 88km from Kota Kinabalu and can be accessed by bus or private taxi in two hours or less.

5 Swim with whale sharks in the Philippines

Swimming with nature’s gentle giants has to be among the greatest wildlife experiences in travel, and one of the best places to achieve the dream this is near the village of Donsol, at the southern tip of Luzon. Marvel at their grace in the water and try not to be intimidated if it is your first time, as these silver-spotted surfers can grow up to 14m in length. If the whale sharks aren’t in the hood, there is also a fever of manta rays to visit at nearby Ticao Island.

When: Whale sharks are usually present in the waters o” Donsol from November to June, but the peak months for spotting are April and May.

How: There are daily flights from Manila to Legazpi, from where it is 1.5 hour minivan ride to Donsol. 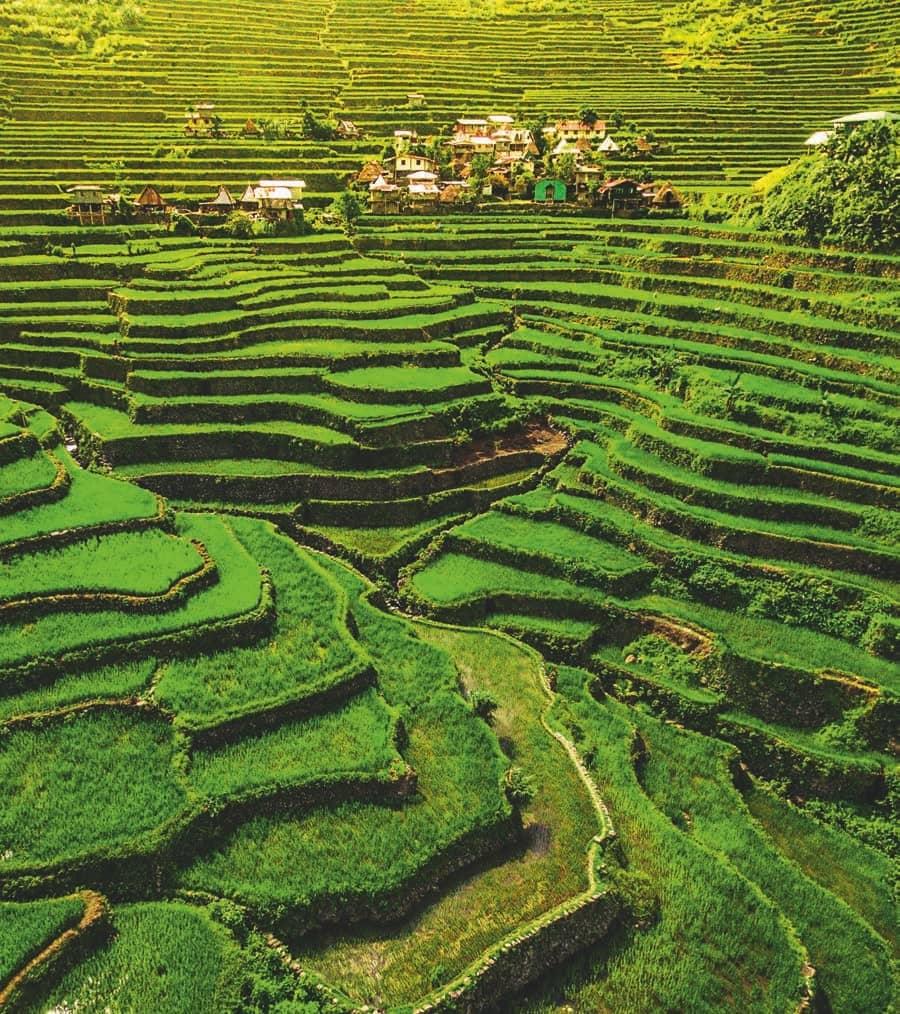 Carved out of the landscape by the Ifugao people more than 2,000 years ago, local legend tells that the god Kabunyan used the terraces like steps to visit worshippers on Earth, and they do indeed resemble a stairway to heaven. Carved like natural amphitheatres around the villages of Banaue and Batad, hike beyond to the villages of Cambulo or Pula to leave the tourists far behind in your wake.

Where: Banaue and Batad, northern Luzon.

When: To see the rice terraces in all their glorious greenery, visit during the growing seasons of April to May or October to November. June and December are alternative options for those that want to see the harvest.

How: Philippine Airlines now offers direct flights to Manila from London Heathrow; once there, overnight buses reach Banaue in around 9.5 hours.