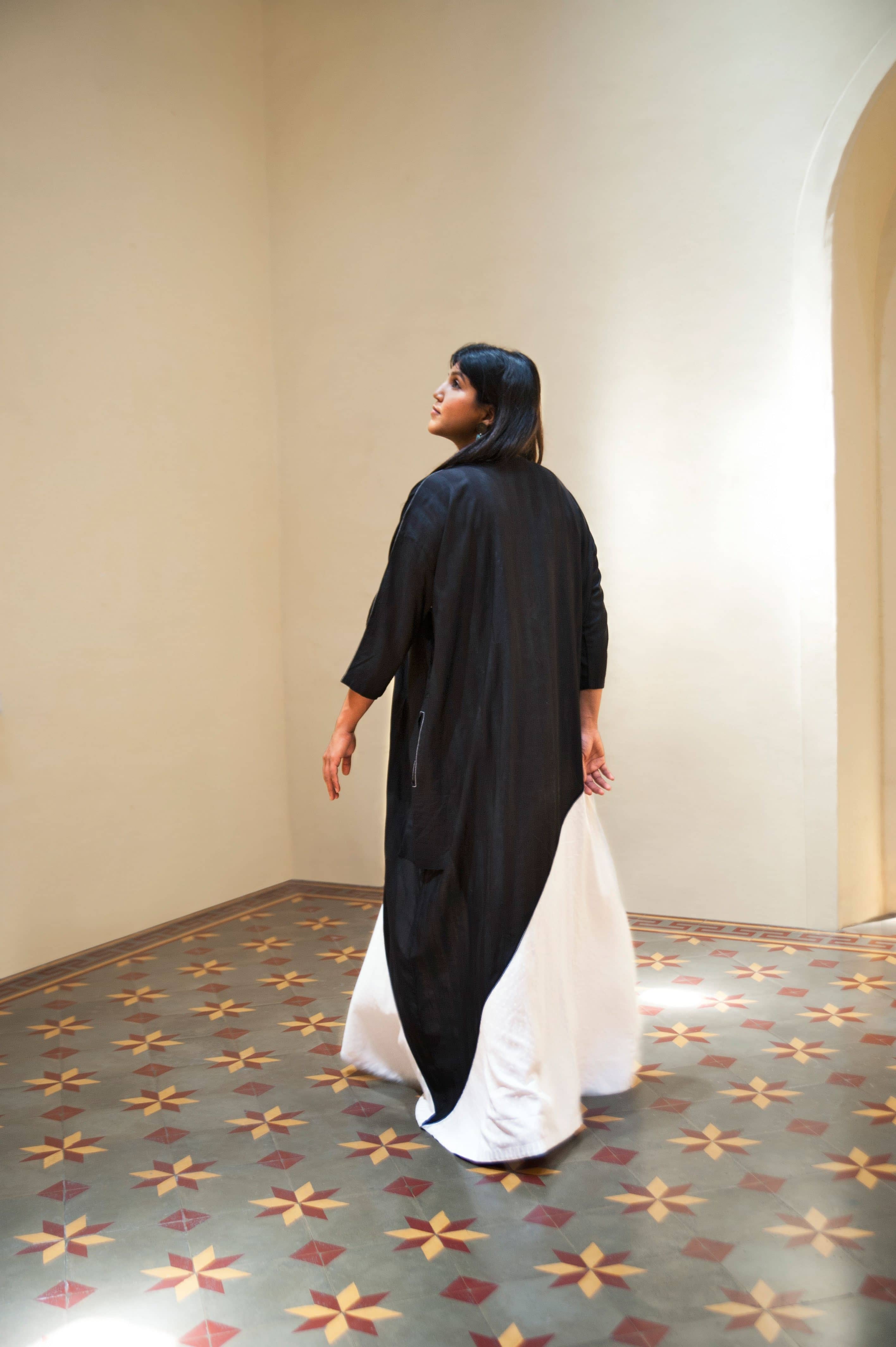 As Generation X and xennials grapple with fully transitioning to conscious living, young millennials and Generation Z are leading the charge to reverse human-caused environmental damage. Sahar Mansoor, founder and CEO of the Bengaluru-based zero-waste social enterprise Bare Necessities, has a simple overarching philosophy: consume less and stay positive. Verve gets deeper into the mindset of the action-oriented earth advocate

It’s not surprising that Sahar Mansoor’s favourite movie character is Disney’s version of Hua Mulan, the legendary teenage heroine who took her ailing father’s place in the Chinese army disguised in male garb. This civilian acquired the skills to become a keen soldier, going on to thwart the invading Huns and patriarchal precedents while embodying the tale’s Confucian moral core of remaining true to oneself for the greater good. Mansoor was around seven years old when Mulan released and innocently unaware that over two decades later, she would be involved in a noble battle of her own.

The 28-year-old social entrepreneur and environmentalist stands out among her peers, a demographic congested with ersatz climate activists and “eco-warriors”. While she, too, possesses the constitutional pluck to turn spokesperson for a cause (an evolutionary result of having spent their teens crafting public-facing images for online audiences?), Mansoor is the real deal. When devising her career path, she had been driven as much by memories of childhood visits to Bengaluru’s ecologically sumptuous Cubbon Park with her late father as her “deep-seated desire to help build a more sustainable, inclusive world in all aspects”. In July 2016, surrounded by a cadre of like-minded women, she founded Bare Necessities, ensuring that the zero-waste-living hub’s flagship range of personal care and lifestyle products coheres with the values of ethical consumption. A track record of effectually disregarding sceptics also marks Mansoor’s story. She smartly ignored the myopic ‘advisors’ who warned that her dyslexia would impede the chance of attending college abroad, as well as the mansplainer at a start-up mentoring session who slung this careless instruction: “Just be content where you are, making products out of your mum’s kitchen”.

By 2018, she managed to fit the waste she had individually generated over the past two and a half years into a single 500 ml glass jar, and today, the University of Cambridge grad with an MPhil in environmental economics and environmental law is a recognizable name in the fight for clean living and the go-to ambassador at sustainability awareness events targeting teenagers to 30-somethings.

Watch videos of Mansoor speaking in any one of her numerous interviews or talks, and you understand how she so quickly became a relatable poster child for India’s zero-waste movement. She presents troubling facts and figures in an unaffected lilt, the bits of information tethered to personal anecdotes that are disarming rather than didactic. She doesn’t exude the defensiveness of navel-gazing virtue signallers; she is grounded in the awareness that what she is doing is bigger than her. You can discern her emotional acuity, the consciousness of the present — conceivably bred from suffering the loss of a parent early in life. Within the collective experience of solastalgia then, consider how strategic foresight can alter the grief response. Mansoor, instead of falling into a paralytic state from anxiety over climate change, focuses on individual and professional goals that are achievable and at the same time are catalysts for the progression toward systemic shifts. The way this optimist has chosen to live, as she explains it, is to be “kinder, humbler and socially driven while still enjoying life’s beauties. These are simple values that we all must have”.

Cities, though, continue to be stifled by overbuilding, sprawling outwards into rural landscapes, and so urban humans have been rewiring our innate connection to nature. We are constructing a delusional reality in which this interdependence is not being deemed critical to our survival; the effects of uncontrolled growth on the populations that still rely on direct access to natural resources are more or less invisible to us. Insofar as the attempt to reform off-kilter urban citizenship where governance is lagging, bottom-up leadership rooted in a positive outlook and a levelheaded understanding of sustainable development — the kind Mansoor displays — is a logical recourse.

It is essential that the abilities of environmental role models don’t take on a superhuman dimension, however. For you or me to be compelled out of passivity, perhaps we also need to learn the average details. That Mansoor is spending the lockdown “sitting in the garden, cooking meals with my mum, colouring, getting crafty and journaling”, that the five words she’d use to describe her closest friend are “loud, hilarious, adventurous, humble, inspiring”, or that she is still trying to master Excel. Because her proximity to us holds a promise: restoring an intimate, symbiotic relationship with our natural surroundings is not a pipe dream. There’s the comfort of seeing that even flawed action is helpful if mobilised by sincerity. Mansoor is perennially fine-tuning the practices of her minimalist lifestyle and criteria for spiritual fulfillment, but what we should first aspire to assimilate, is her enduring capacity for hope. 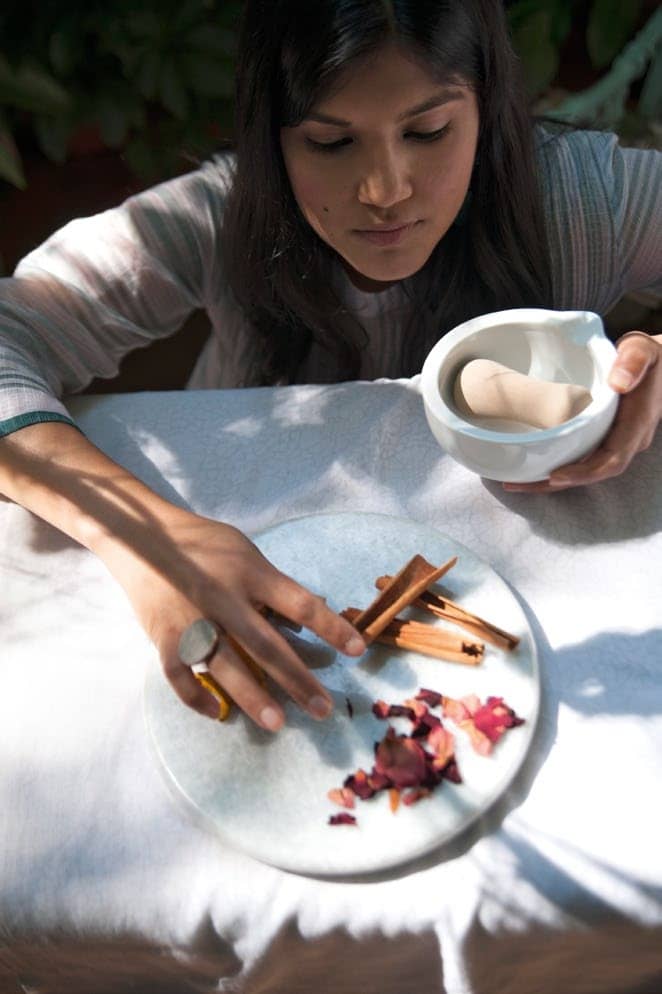 Excerpts from an interview....

Why do you call yourself a “climate optimist”?

I call myself a climate optimist firstly because I do think our actions can influence the building of a more just, peaceful and greener world. Secondly, there are so many change-makers in the climate action space doing phenomenal things, which fills me with hope for a better future! Thirdly, we already have the knowledge and technology we’d require to feed a larger global population, provide energy for all, begin reversing climate change and prevent most extinctions. The public desire for action is bursting forth on the streets. Last September, some six million people worldwide went on a “climate strike”. Fourth, the renewable energy sector (wind and solar power) is mature enough to deploy on a massive scale, which will reduce dependency on polluting fossil fuels, and batteries to store the power — both centrally and house-to-house — are getting better and cheaper. And finally, we care about our future generations and want them to enjoy the calm, serene beaches and mountains that we did. I think us millennials wish to leave this earth a better place than what we inherited. 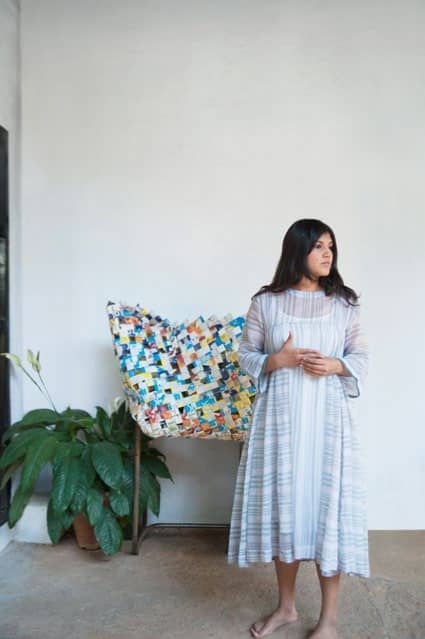 You often talk about being inspired by Bea Johnson. Considering that you’ve similarly motivated many young Indians to change their way of life, how do you navigate occupying a public space while continuing your own journey?

That’s really generous! I genuinely hope that Indians, especially the future generations, are inspired by my journey to start leading an increasingly sustainable lifestyle that is more aligned with personal values, both environmental and social.

If you seek to create impact by changing mindsets on waste in India and beyond, it’s easier if people can relate to your entire journey rather than just the brand. I think it’s important for me to candidly share my lessons, learnings, findings and failures along the way so that others don’t make the same mistakes that I did or still do! 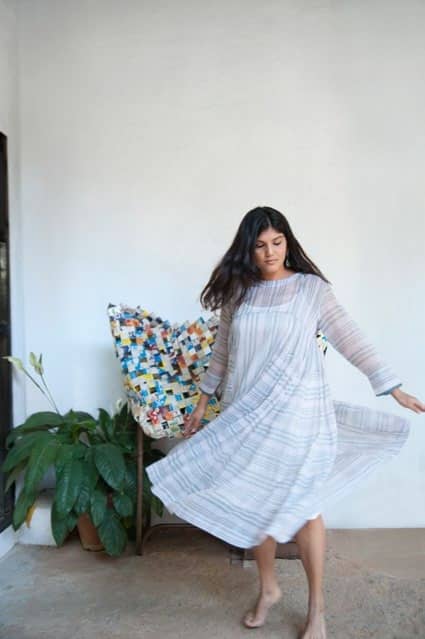 I try to find a balance, centre myself and build communities in my life beyond just sustainability. I feel like I have found this in my football community, “Sisters in Sweat”. They help refuel my mind and body, and are a really fun bunch of women! Surrounding myself with people I look up to and admire keeps me motivated and inspired to continue striving towards my goal of creating impact, and also helps me realise that huge changes don’t happen overnight. 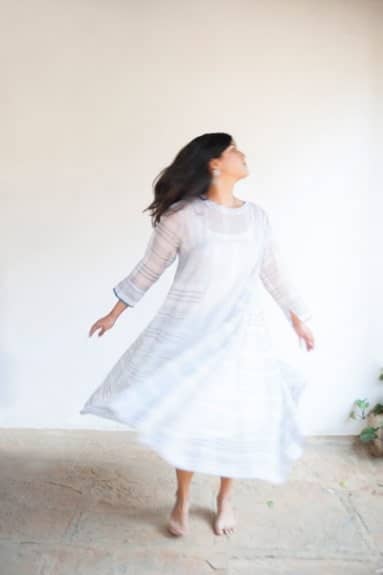