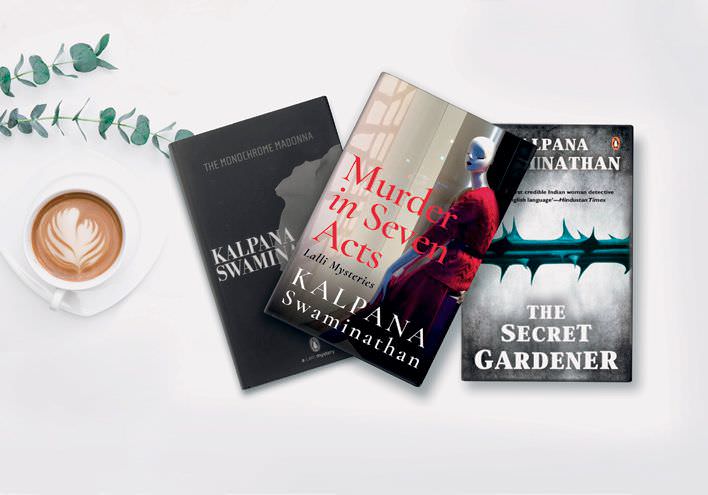 What’s it like for authors to grow with protagonists that they write about over multiple books? Acclaimed writer Kalpana Swaminathan talks to Huzan Tata about the joys of living with her favourite leading lady, Lalli the detective, from her series of crime mysteries

HOW DID THE CHARACTER LALLI FIRST COME TO BE — WHEN YOU WERE FIRST WRITING HER, DID YOU ALREADY KNOW SHE WOULD APPEAR IN LATER BOOKS?

I ‘met’ Lalli on a bus, in 1994, on my way to work. I noticed something which puzzled me, and suddenly there was this voice in my head that thought it curious too. I had to get on with my day, but she — the voice — got on with the mystery. On the way back home, she had the solution. I liked her. All I knew about her then was her name, but she was intelligent and non-intrusive. I had no idea she would go beyond that first mystery, but she raced through a dozen at breakneck speed, and we made a book of it. Cryptic Death and Other Stories was a collection of short stories. A short story demands a pointillist craft, so initially I was quite content to deal with Lalli as a chance encounter. And twenty years later, I returned to that craft with Murder In Seven Acts to find out if she could still surprise me.

COMING BACK TO CHARACTERS AFTER A BREAK — DO YOU SOMETIMES HIT A ROADBLOCK?