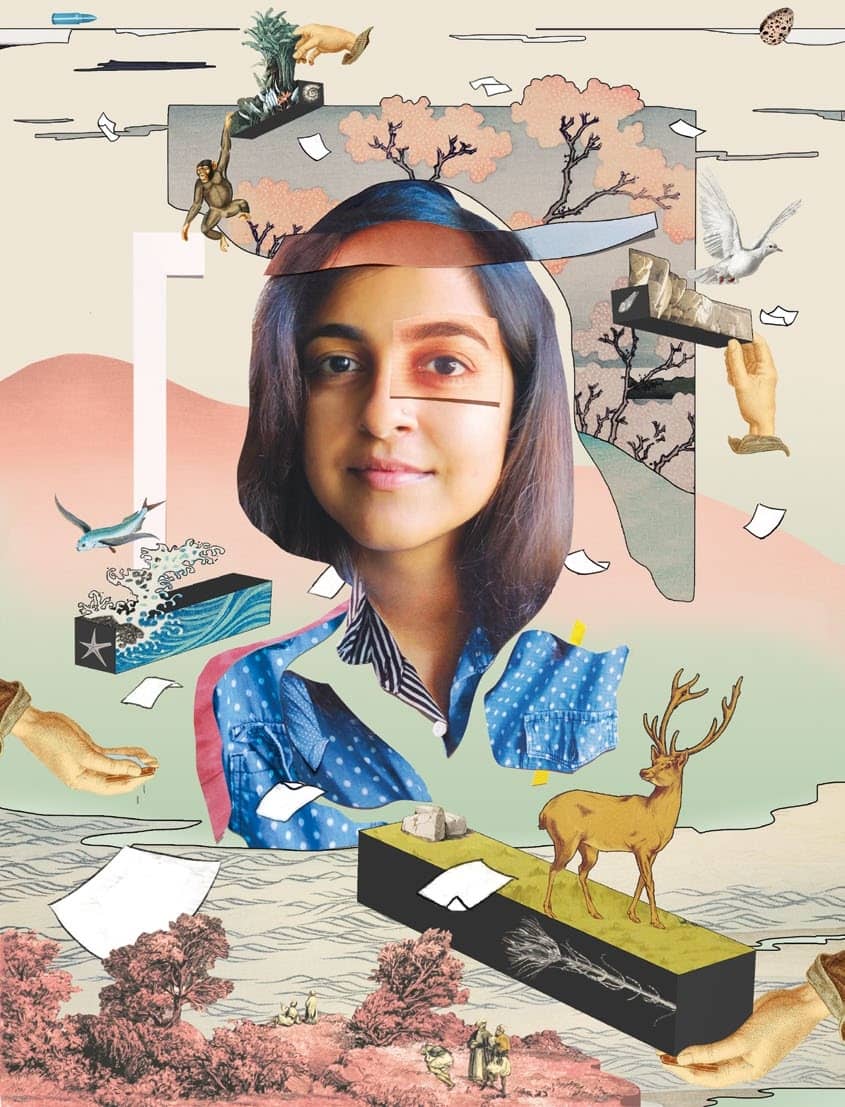 Most of us are only just waking up to the urgency of climatic action. When the stakes are so high, what can individual action solve? Mridula Mary Paul, an environmental policy expert, is proof of the tenacity needed to effect systemic change. It’s not glamorous, and the rewards are few and far between, but that doesn’t stop her from aiming big, finds Anandita Bhalerao

Mridula Mary Paul has recently returned from Spiti, where she had been tracking a disease that had spread to feral dogs in the northern desert valley. I don’t quite catch the name of the virus, and my woeful lack of scientific knowledge is about to be laid bare many times over the course of our conversations.

The 36-year-old environmental policymaker is speaking to me from Sahakara Nagar, a nondescript locality on the outskirts of Bengaluru. Here, a cluster of the country’s most prominent environmental organizations, think tanks and non-profits are working to solve pressing questions about India’s way forward.

Remarkably, Paul has no airs about the gravity of her role. When I preface a question with: “As someone who works on effecting systemic and institutional change....”, she laughs and quickly corrects me: “Someone who’s been trying hard to, but has not succeeded!” She works at the Ashoka Trust for Research in Ecology and the Environment (ATREE), which ranks amongst the top 20 environmental think tanks globally. In November 2019, it was awarded the annual UNESCO Sultan Qaboos Prize for Environmental Conservation for its socially just environmental conservation and sustainable development activities.

This is our third conversation now, and I’ve finally caught her at a loss for words. The offending topic — what she likes to do for fun — has led to a nervous silence on the other end. After some coaxing, I learn that she enjoys a vast range of hobbies, from the predictably millennial (Sunday brunches) to the curiously offbeat (assembling miniature dollhouses from scratch). It’s just that Paul, both by nature and profession, isn’t accustomed to being the centre of the narrative. She’d rather it focus on her work, which spans human rights environmental law, conservation and development studies, and environmental policymaking. She first dealt with matters related to conservation shortly after obtaining her law degree. “In one case, the industrial waste tank of a public sector company had breached its boundaries, spilling sludge into the surrounding agricultural fields. We stepped in to file compensation cases for the farmers.” Another case she fought argued against the Pallikaranai marsh (a wetland area in Chennai) being turned into a construction site for government-subsidized housing. Over time, she grew increasingly frustrated with the results. “I felt constrained because I was coming in when the damage had already been done. I wanted to be involved at the stages when these kinds of policies are being formed.”