ALL IN A DAY'S WORK
The development of the gig economy has caused a deviation in the usually straightforward career graphs of the urban professionals. An example of the outliers, Pooja Sinha Roy freelances full-time as a French tour guide, content creator and animal rescuer. At the other end, there is the up-and-coming actor Zoya Hussain who, while also in a relatively non-traditional field, has single-mindedly stayed on the path she mapped out for herself. Sadaf Shaikh marks the personal pay-off in both women’s approaches
Pooja Sinha Roy

A cheerful gaggle of kids emerges from the narrow lane that leads to Cuffe Parade’s Dhobi Ghat as I stand at the entrance of one of Mumbai’s landmark tourist spots, waiting for Pooja Sinha Roy to show up for what I predict to be a lesson in humiliation for me. I’ve combed through her Instagram profile to gain some insight into how she dons various professional hats throughout the day; especially unnerving for someone like me who procrastinates for the first half and spends the latter rushing to meet deadlines. I often wonder if I’ve been prematurely visited by a quarter-life-crisis gremlin who is gradually sapping my energy as I chase an unattainable speed target on the figurative running wheel. I’m not usually this maudlin but 7 a.m. shoots tend to overthrow my otherwise sunny disposition, and it’s hard not to plunge into the pool of melancholy once I’ve dipped my feet in it. Sinha Roy promptly appears in front of me, and my gloomy thoughts dissipate almost immediately as if physically chased away by her infectious energy. “I’ve been up since 4 a.m.”, she announces to nobody in particular and continues in the same breath, “That is late for me because I actually wake up at 3 every morning.” She catches me gawking at her and recognises me from my profile picture on WhatsApp, where we’d been in touch until today. Before I can say anything to her, she’s chatting with the aforementioned bunch of kids — residents who live in and around Dhobi Ghat — and informs them of the next time she plans to visit, pressing a few crisp tenners into each of their upturned palms. The 34-year-old is a cultural tour guide who works part-time with No Footprints, a boutique tour agency which curates niche travel experiences for exclusive international clients that range from CNN reporters and New York Times journalists to Hollywood producers, in a bid to fully immerse them in the city. This, however, is only one aspect of what she does; the enterprising tricenarian is also a content manager and rescues helpless strays when she’s not dispelling bigotry and inherent racism through her walking tours. She directs tourists to spots that are of queer historical significance — where the community ate, shopped and partied before section 377 was scrapped. “I also consciously steer clear of typical tourist sites like CST and Marine Drive and take visitors to areas that have communities, which have been pitted against each other for ages, peacefully co-existing. For instance, if you go to the Byculla vegetable market, you have a temple, a church and a mosque within 100 metres of each other. The Magen David Synagogue in Byculla also has two schools inside its grounds, where 99 per cent of the students are Muslim — a much-needed (even if minor) subversion of the Israel-Palestine crisis. I’ve actually seen people’s faces soften at these places and it makes me happy to be able to make even the tiniest bit of difference.” 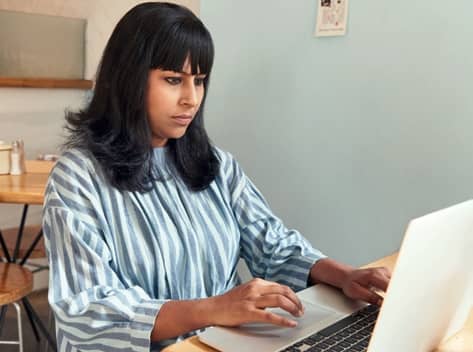