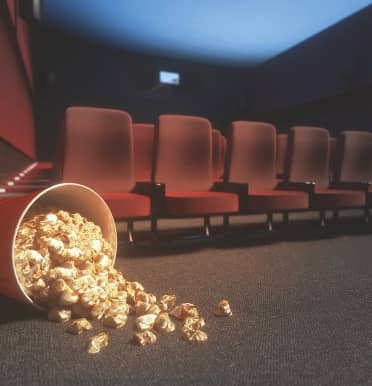 With festivals projected to be dead until fall 2021, concerts indefinitely postponed, movie theaters shuttered and big-budget films seeing straight-to-digital releases, COVID-19 has completely upended the entertainment industry. Artists and companies are scrambling to find innovative ways to reach their fans as we all adjust to the new normal.

It’s 9 p.m. EDT on a Monday night, and more than a half a million people are glued to Instagram Live to watch Teddy Riley and Babyface battle with their extensive catalogs. Just two months prior, such an event likely wouldn’t have drawn those numbers—or happened at all, period.

Weeks before, D-Nice showed everyone what was possible during a pandemic when his DJ set drew more than 100,000 people, including Michelle Obama, Facebook’s Mark Zuckerberg and presidential contender Joe Biden.

In a time when information changes by the day, one thing is certain: COVID-19 has changed everything, and the way we consume entertainment is no exception.

Although in the U.S., the number of total on-demand streams from Spotify, Apple Music and Pandora dropped about 10 percent, according to data from BuzzAngle, streaming on platforms that allow interaction with other people is up. According to an April report from analytics firms StreamLabs and Stream Hatchet, Amazon’s Twitch streaming platform broke several records during quarantine, hitting all-time highs in hours watched, hours streamed and concurrent viewers.

“For most people, music is something they consume in the context of doing something else. Now that we’re no longer going to the gym or commuting to work or using music as atmosphere for bars and restaurants, music consumption has gone down,” Grammy-nominated singer/rapper Phonte Coleman of Little Brother and The Foreign Exchange says. “In addition to that, I think quarantine is also changing what we consume. Whether it’s music, movies or TV, people are only making time for what they deem essential. Whereas in pre-COVID times, people may give an album or a song multiple listens to ‘let it grow on them’ in the gym, in the car, etc., it’s not like that now. As a consumer in the age of COVID, you only have one chance to close me. Adversity makes people a lot less tolerant of mediocrity. These are volatile times, and people are looking for anything that’s gonna bring them solace. If your work doesn’t do that in some way, you’re done for.”

When the first livestream events began taking place, it was obvious artists were trying to contribute something positive in a world that seemed to be falling apart before our eyes. It was about uplifting people in a time of sorrow and fear, connecting with people in some small way. But as it became more obvious that the pandemic was not going to have a quick fix and we were likely going to be in some version of social distancing for at least the next year or longer, things began to shift. It was no longer only about connecting with an audience, it was also about earning money.

“Older artists are able to survive off catalog, whereas younger artists are less about catalog and sales and more about live shows,” says Maurice Lee, vice president of marketing/promotions for ONE Musicfest and founder of Westway Consulting, a music consulting company, whose clients include Ari Lennox, Snoh Aalegra and DaBaby. “Clubs are done for the foreseeable future. There ain’t gonna be any clubbing until 2021.”