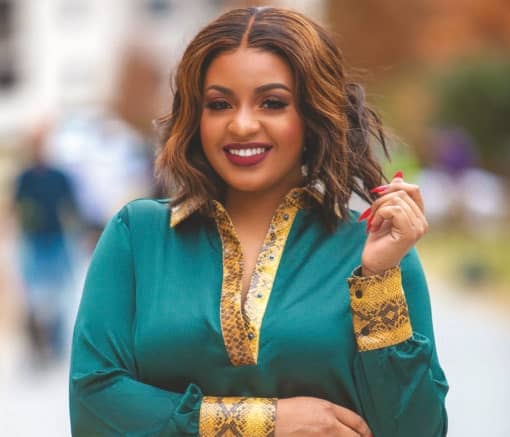 For this rising reporter, confidence has been the key to opening doors and realizing her dreams.

An unshakable belief in yourself can take you through doors your talents alone can’t, and understanding this is a huge part of consciously manifesting your dreams.

MiAsia Symone, a 27-year-old sports and entertainment reporter, knows the truth of this statement all too well. While pursuing a degree in journalism at Georgia State University, Symone was also interning at Atlanta’s Streetz 94.5 radio station, reporting for several websites and running her own blog. And years later when another major opportunity presented itself, Symone refused to shy away. In fact, in an atmosphere that would intimidate even the most accomplished stars, she walked out with the ultimate prize.

Among thousands of attendees at Diddy’s REVOLT Summit in Atlanta, the valiant young reporter recalls making a bold impression.