We Won't Back Down 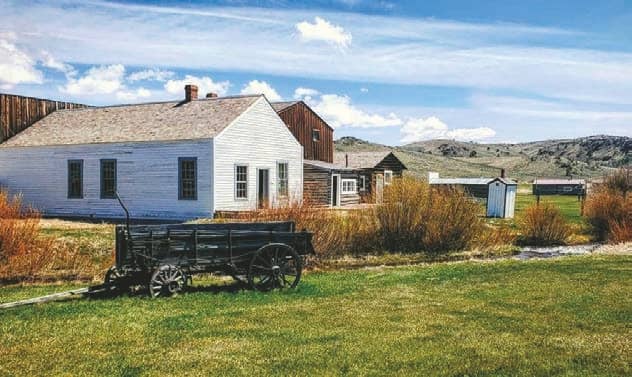 Western women led the way for woman suffrage 50 years before 19th Amendment became the law of the land.

South Pass City is a popular Wyoming State Historic Site with over two dozen original buildings and sites of the mining boomtown restored and open to tour 9 a.m. to 5 p.m. daily. South Pass City’s Esther Morris, the nation’s first female justice of the peace, is honored in an exhibit in her son’s former residence, the E.A. Slack Cabin.

Placer gold strikes led to the establishment of South Pass City in 1867, and the region quickly swelled in population, contributing to the establishment of Wyoming Territory in 1868. Just a year later, the territory became the epicenter of woman suffrage in the nation when a representative to the Territorial legislative convention from South Pass City introduced woman suffrage legislation.

While men had to propose and endorse the woman suffrage bill, Esther Hobart Morris is credited for her role in the movement. In 1868, her husband, John Morris, and her eldest son came to South Pass City, where John opened a saloon. Esther and two younger sons arrived in the mining camp in 1869. She quickly established a presence in the community. In one meeting in her home with E.G. Nickerson and William Bright, candidates for the Territorial Legislature, she discussed and gained assurance from the men that they would support a suffrage bill.

Bright subsequently introduced the legislation, which was approved, and Wyoming Territory’s woman suffrage bill was signed into law on December 10, 1869—a full 50 years before women gained the right to vote in the national woman suffrage bill of 1920.

While some of the men supporting the legislation may have been swayed by arguments that women were deserving of the vote, another factor contributed to the success in passing the bill. There were far more men in the territory than women, and the men anticipated they could attract additional women if they had a greater grant of rights. In addition to the right for women to vote, the Territorial Legislature also approved legislation that allowed women to serve on juries and in the courts.