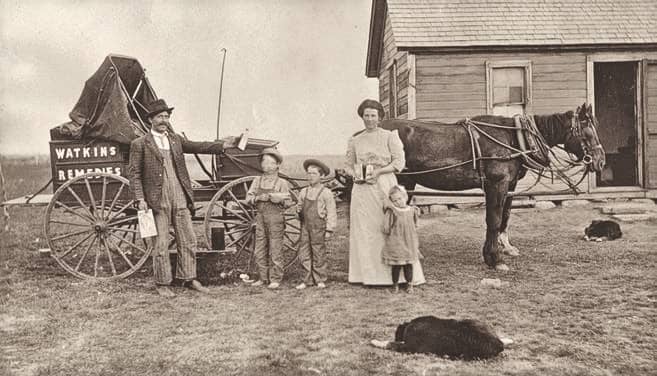 Whiskey bitters became an elixir for women on the frontier.

Bitters were cocktail mixers that came in many flavors on the frontier, but they also served another, darker purpose. Because respectable women didn’t dare enter a saloon, they found an alternative way to “get their drunk on” in the 19th century with bitters. The Kansas Coffeyville Weekly Journal explained how women first began developing a thirst for, and later a dependency on, liquor. Since bitters’ main ingredient was whiskey, women in the West satisfied their fondness for the popular spirit by drinking medicinal elixirs.

With their Victorian gowns swishing, women walked into the local mercantile store or called on their local chemist and respectfully picked up a bottle of bitters for their “health.” Bitters companies knew this and used clever advertising to attract their non-saloon customers. The tonics were sold under the promise that they would ease common female illnesses and were purported to ease or cure mental anguish, feverish lips, cracking pains, weak stomach and scores of other bodily sufferings.