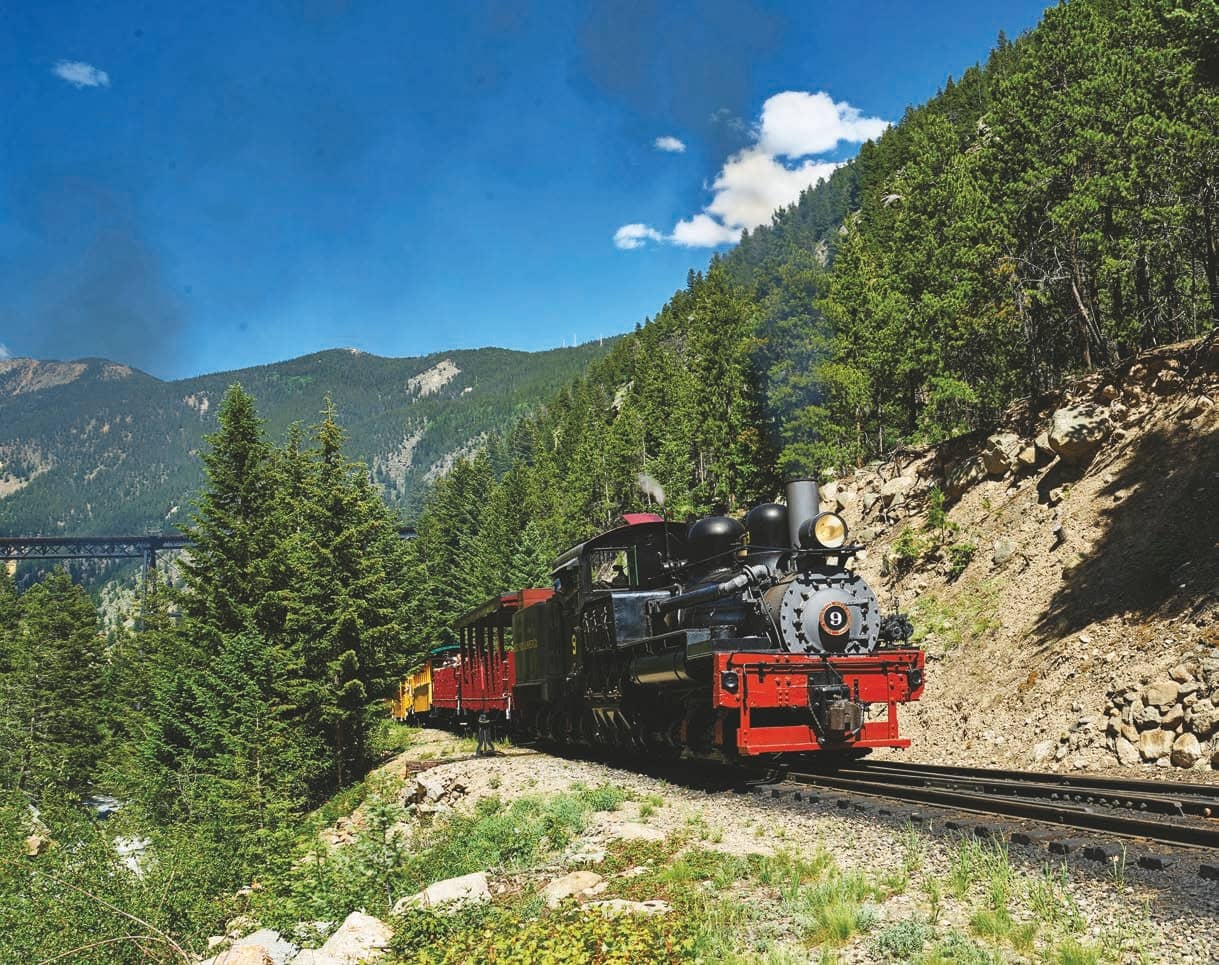 WESTERN HERITAGE RAILWAYS AND RAILROAD MUSEUMS ARE OPEN AND READY FOR PASSENGERS AND GUESTS.

All aboard!! ” shouts the conductor. Do you remember the first time you heard those thrilling words before your first railroad adventure began? I do. It was at Union Station in Los Angeles in 1975, and my parents, my sister and I were departing on a cross-country Amtrak vacation from L.A. to Washington, D.C., via Chicago on the Southwest Limited. The adventure was a once-in-a-lifetime trip, and I’ve been hooked on rail travel and trains ever since.

The next summer I rode on my first heritage railway, the Durango & Silverton Narrow Gauge Railroad. It was August of America’s Bicentennial and I rode with 125 fellow Orme Summer Camp campers and counselors. They were from all over the country and even the world, and we sat in awe in the cool, mountain morning hours as the steam train pulled us up the grade into the Animas River Canyon of the San Juan Mountains. There was still snow on the highest fourteeners and the ride through the narrow canyons, over high-trestle bridges clinging to cliffs over rushing streams of snowmelt, remain thrilling and unforgettable moments. Arriving in the old mining town of Silverton, it seemed as if we had stepped back a century, or living an old Western movie. I’ve never forgotten either of those rail trips and whenever I have had the opportunity to take a train trip with my family—and share the thrill and power of the locomotive, the leisure of the shared adventure and the beauty of nature as it passes outside the window—I’ve done so. And I highly recommend you consider doing the same.

All across the Western United States heritage railways and railroad museums are reopening and ready for customers. Many of America’s historic trains and rolling stock collections are in small towns, maintained by small businesses with dedicated owners, employees, and volunteers working just the summer season. So, as we all are train lovers at True West, we hope you will include a heritage railway adventure and a tour of a railroad museum—or two or three—on your next venture out West!

From 1882 to 1986, the Austin and Northwestern Railroad operated regionally until its closure in 1986. Today, the Austin Steam Train Association operates the railway on the Austin Western Railroad as a heritage passenger line, offering familyfriendly train trips including The Hill Country Flyer, Day Out with Thomas, Bertram Flyer, and North Pole Flyer.

Train service on the popular Texas capital railway restarted on June 9 with passengers required to wear face masks, which can be purchased in the ASTA Concession Car. Seating has also been reduced by 50 percent for the 2020 season. Pre-ticketed passengers who do not feel well can exchange their tickets any time prior to their departure for another ride during the 2020 summer and fall seasons. Cedar Park, TX • AustinSteamTrain.org 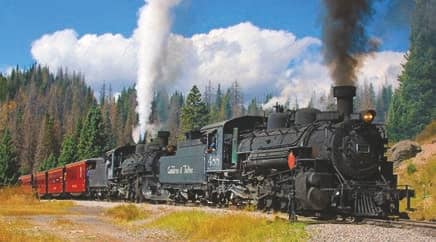 The Denver & Rio Grande Western Railroad’s San Juan Extension arrived in the Village of Chama in January 1881 and operated until the 1960s. Local boosters worked to save the most scenic section of the line between Chama, New Mexico, and Antonito, Colorado. The two states jointly bought the route, tracks and stations, opening the Cumbres & Toltec Scenic Railroad to passenger service.

The Cumbres & Toltec is scheduled to be open June 13 through October 18, 2020. Check regularly with the railway for announcements of schedule changes and special trains, including the Wildflower Botany, Dark Sky and Sunset Dinner trains. Chama, NM and Antonito, CO CumbresToltec.com 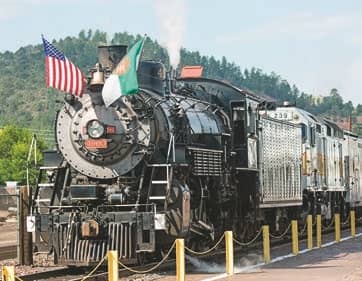 The railway, hotel and RV park reopened on June 15. Xanterra, which operates the railroad, is currently taking reservations for train excursions this summer and fall, as well as for the ever-popular wintertime Polar Express. Williams, AZ • TheTrain.com 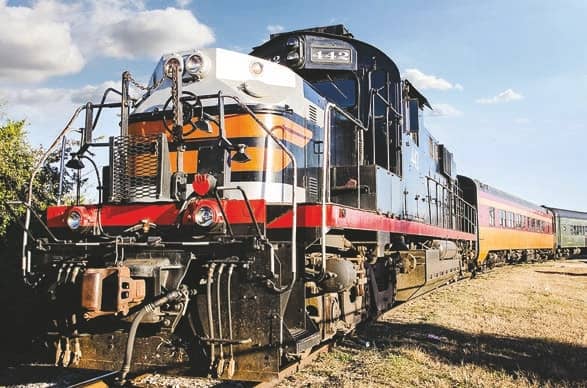