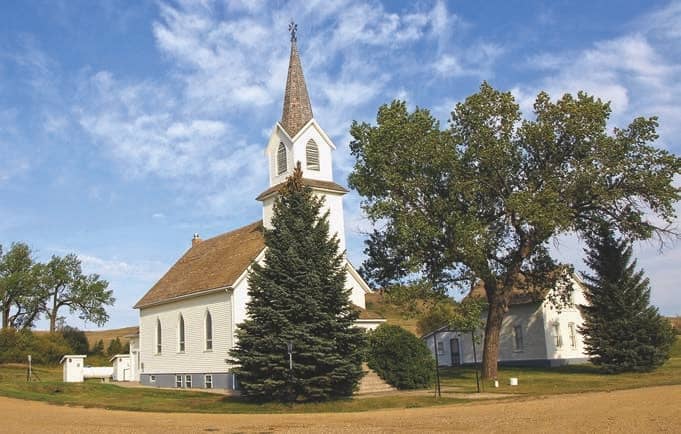 In Dakota Territory, those were building words.

A pioneering group of Norwegian Lutherans intent on homesteading near Sims, Dakota Territory, founded the Evangelical Lutheran Church and parsonage in 1884. The historic prairie church, not fully completed until 1900, was saved in 2006 with 2,000 hours of volunteer labor and a grant to the Sims Historical Society from Preservation North Dakota—Preserving Prairie Places, which was matched by the church. The prairie church is the oldest in North Dakota west of the Missouri River.

What did people do in Dakota Territory in the late 19th century?

The Lutherans mainly built with white clapboard; the Episcopalians with fieldstone, and the Catholics with brick—but all of them built and built, sometimes blocks from the last one.