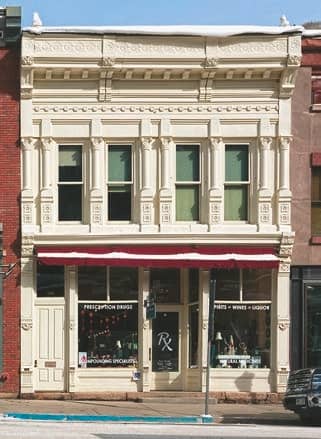 Butch Cassidy’s first bank robbery of the San Miguel Valley Bank on the northwest corner of Colorado Avenue and Pine in Telluride, Colorado, garnered a lengthy recounting on page two of the July 18, 1889, local Delta Independent newspaper. A year later, the original bank was destroyed in a fire and replaced in 1890 with Mahr Building (above), which has a plaque on the outside that commemorates the legendary robbery.

June 24, 1889, was a big day in the life and career of Robert “Bob” LeRoy Parker. He and two—maybe three—accomplices dipped into big-time crime when they held up a bank in Telluride, Colorado. If the name Bob Parker doesn’t sound familiar, then let’s try his better-known alias: Butch Cassidy.

Telluride made sense as the target of Butch’s first stickup. He moved to the town in 1884, when he was just 18, employed to haul ore down from the nearby mountains. During the winter months, he turned to cowboying in Wyoming and Utah.