Home On The Range Cabin “...And the Skies Are Not Cloudy All Day” 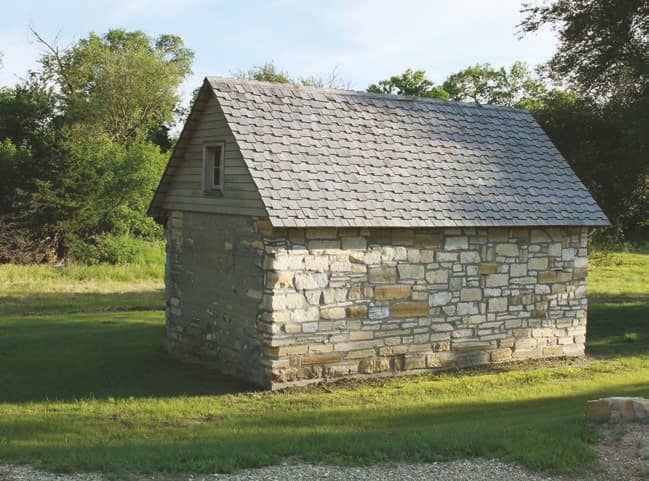 Going “home” to a sweet moment in American history.

El Dean Holthus’s aunt and uncle, Ellen and Pete Rust, owned the property with the Home on the Range Cabin when it was a chicken coop.

Dr. Brewster M. Higley had some troubles when he homesteaded in north-central Kansas in 1872. There was “a little problem with the bottle,” and he’d already gone through four wives. But he had no trouble voicing the nirvana he found on his farm along West Beaver Creek in Smith County.

As he sat on the bank one day, he penned a poem titled “My Western Home” to mark his contentment: “Oh give me a home, where the buffalo roam…”

It’s a safe bet that every reader can finish that poem, these 148 years later, as it’s embedded in American Western folklore—and has been named one of the top 100 Western songs of all time.

There’s no better place to sing the song than the oneroom cabin that Dr. Higley and his friends built shortly after the poem was penned.