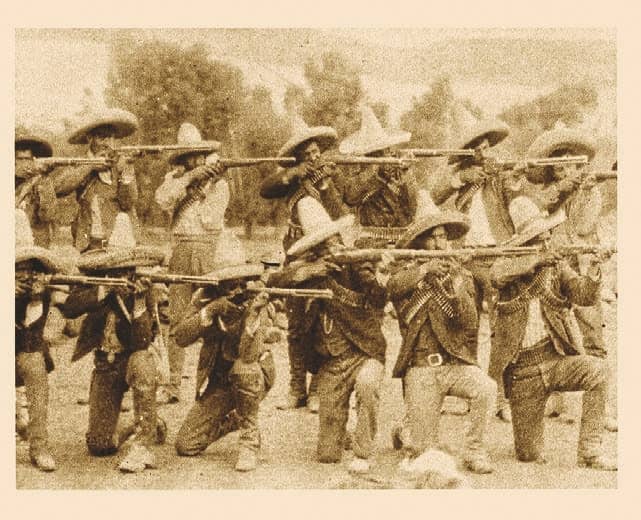 Mexican Revolutionists’ rifles ran the entire gamut of small arms of the era. This period image shows a squad of freedom fighters taking aim with a variety of lever-action Winchesters, Mauser bolt-actions and a single-shot Remington Rolling Block rifle.

Whether they served with Pancho Villa in the north, Emiliano Zapata in the south, or any number of guerilla bands, the men, women and children who fought against oppression in Mexico’s 1910 Revolution armed themselves with almost any firearm they could lay their hands on. The citizen freedom fighters—vaqueros, farmers, city workers and rural peones—fought the Mexican Federal Army and the United States Army during the Punitive Expedition of 1916. As guerilla leader Emiliano Zapata told an elderly volunteer in 1913, who was armed with only a crude, homemade shotgun, “If it shoots, it’s welcome in the Revolution.” 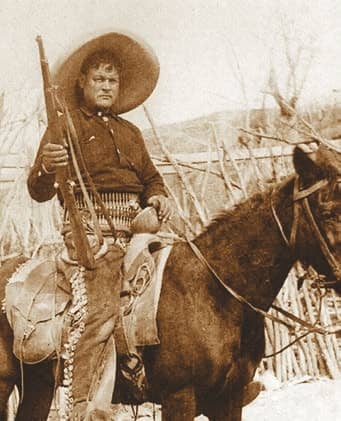 This vaquero was fortunate to acquire a 7x57mm, 1895 Mauser carbine, which was lighter and easier to use on horseback than the long infantry rifle. In the typical fashion of the freedom fighters from south of the border, he’s carrying two bandoleers of cartridges for his carabina. Many of Villa’s and Zapata’s troops carried as many as four or more bandoleros of ammunition.

Backed by Diaz’s corrupt government, the Mexican Federal Army was well equipped by Germany, which showed great interest in Mexico at the time, and armed them mostly with 7mm Model 1895 Mauser, bolt-action rifles. Various Mexican regimes purchased Model 1902 and 1912 Mausers and some Japanese 7mm Arisaka rifles. The Federales also imported a number of semiauto, 7x57mm Mondragón rifles, designed in Mexico, but mostly manufactured in Switzerland (later, in 1908 Mexico). Many of these federal arms eventually made their way to the Revolucionarios, who relied almost entirely on captured or privately purchased arms. 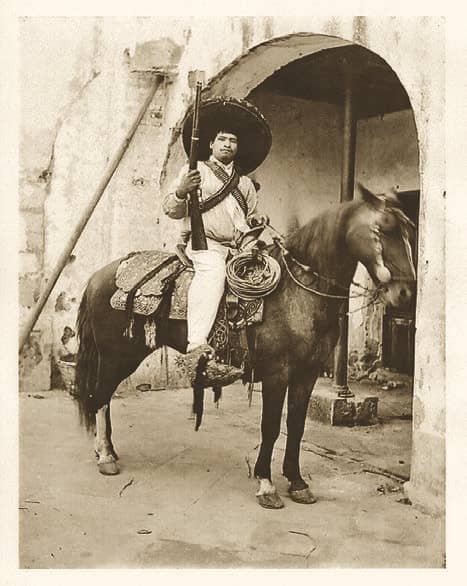