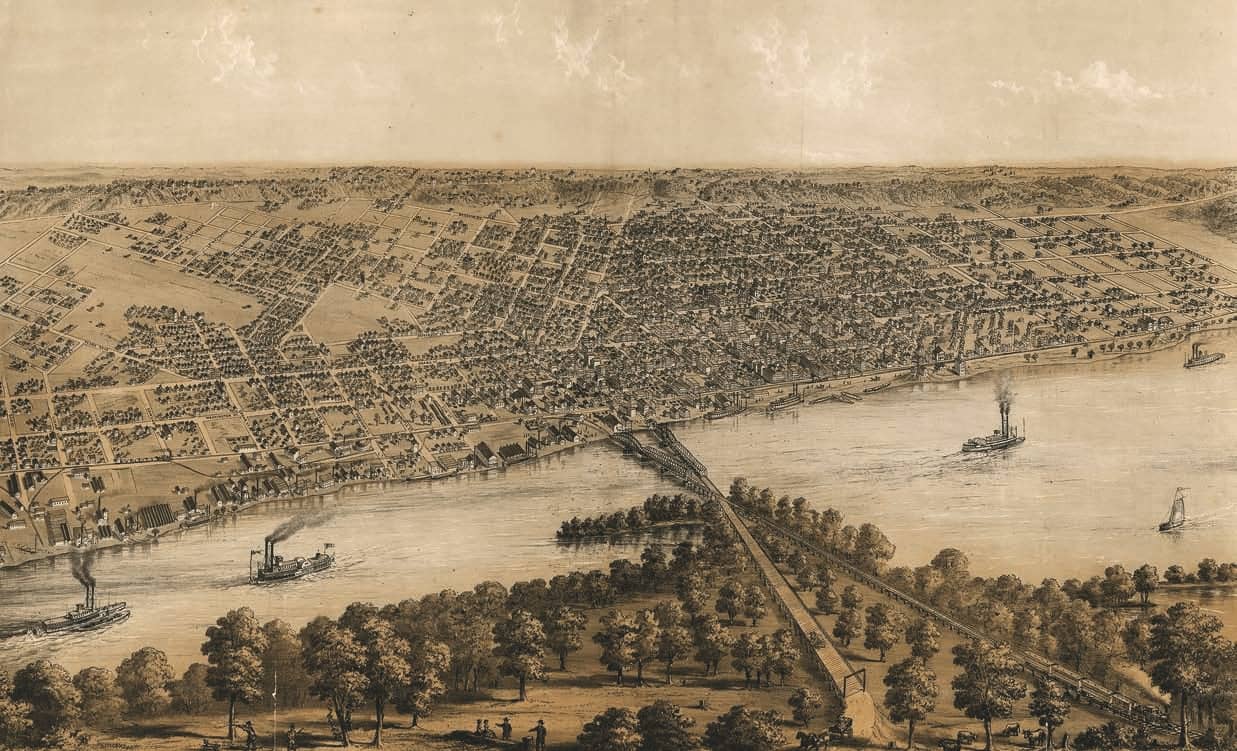 BROTHERS WYATT AND MORGAN’S “BUM” YEAR PIMPING IN PEORIA, ILLINOIS, PRIMED THEM FOR THEIR FUTURE AS FRONTIER BOOMTOWN OPPORTUNISTS ON BOTH SIDES OF THE LAW.
Roger Jay

The propeller boat S.P. Carter churned through the choppy waters of the Illinois River three miles below Peoria. Aboard, Capt. Samuel Gill and eight stalwarts of his city police force peered into the darkness of the September night. Glimmers flitted like fireflies off the port bow not far ahead. The captain whispered, “That’s her,” and signaled the pilot to cut the engine. Silent now but for the soft lapping of the water against her sides, S.P. Carter glided to shore some yards above the outline of a common keel boat about 50 feet long, moored to the bank. It was what the natives called a “gunboat,” familiar to the officers of the law. On the deck perched a house with four doors—one at each end, one on each side. There was no one to be seen, but gleams of light slanted through windows in the house, and the squeals of catgut and thumps of dancing feet rose and fell on the wind.

Captain Gill gathered his men around him and drew up a plan of action. With officers O’Connor, Wason and Strong at his heels, he stole along the weed-strewn riverbank and slipped aboard the gunboat, his men fanning out, posting themselves next to three of the doors. The crew of S.P. Carter, which had drifted down on the current and anchored next to the other boat, guarded the last exit. Captain Gill edged up to a window and ran his eye over the scene within, illuminated by smoky lamplight. The bar, the dance floor, the revelers, the warren of sleeping quarters—all confirmed his suspicions.