The Moment Between Seasons 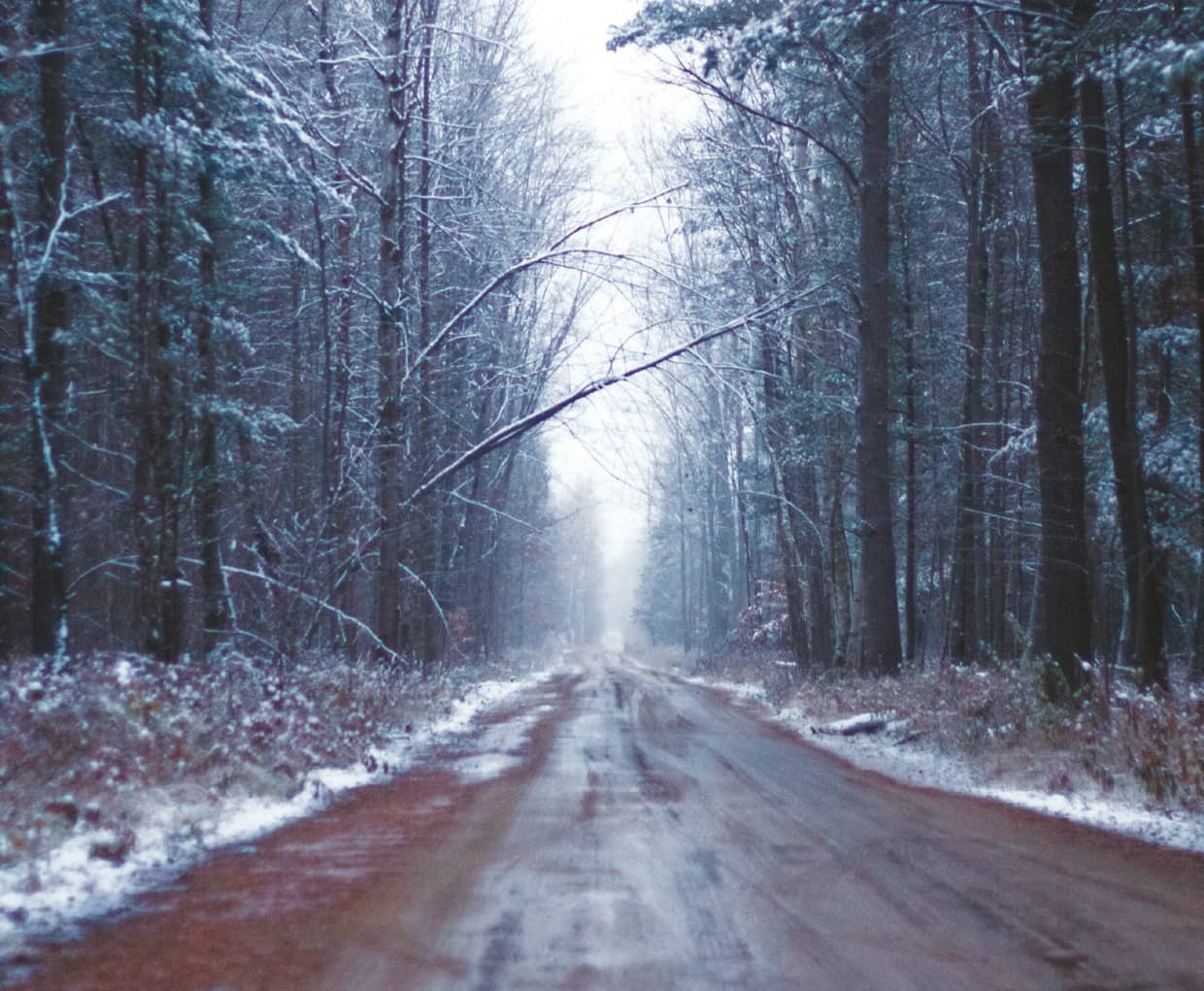 The trail was crisp. The first snow had fallen overnight, a dusting, not enough to crest the top of my running shoes.

It was early morning. I had pulled on black running tights for the first time, embarrassed by their immodesty. But I was doing new things now. My new running shoes screamed neon pinks and yellows. My top was a matching pink, the closest thing to blaze orange that I could find in my closet. Today was November 15, the first day of rifle deer season in Michigan.

I wanted to run as far as the tiny dam at the lake—two miles, one way. Then back. It would be my longest run ever. My legs resisted, heavy and gangly under me, slipping on the snow. I had hoped the new outfit would make me faster, but it turned out my engine was the same. I set about ticking off the half-mile sections as they came.

The first stretch of trail crossed a dirt road. As I approached, a white pickup rattled down the road, heard before it was seen. The two men in the front seat had coffee mugs in their hands, and they watched me, together, waiting for me to see it.

The hooves of a deer poked out of the truck bed; a successful hunt. I raised my hand in acknowledgment, and they waved back, a cheer. Perhaps I was the first to know, maybe even before their wives.