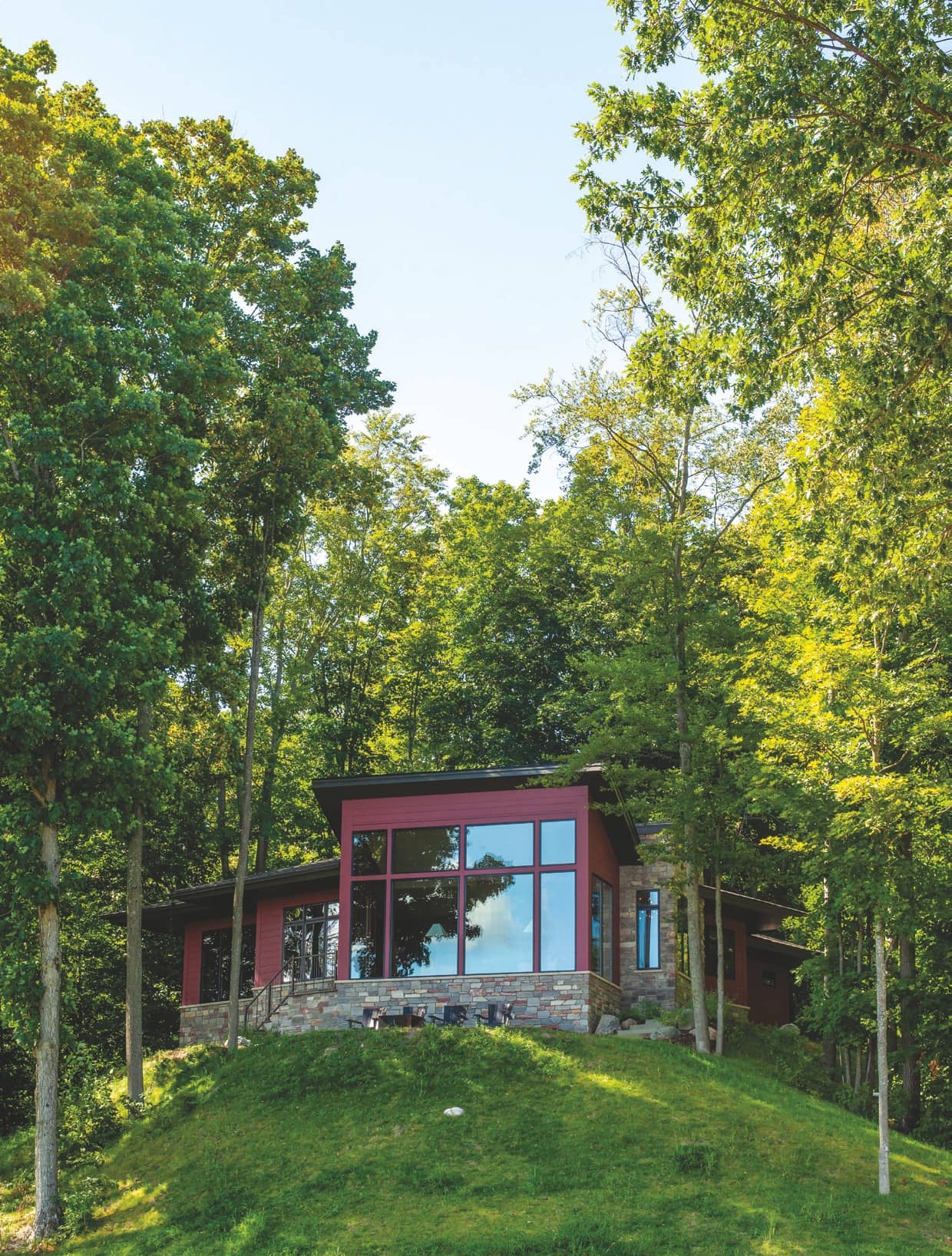 A VISIONARY COUPLE, AN ARCHITECT AND A BUILDING TEAM CONSTRUCT A NEW HOME THAT ECHOES THE GREAT MASTER’S SENSIBILITIES

Perched on a steep hill overlooking Lake Bellaire, the Beck home nests seamlessly into its setting—thanks to its stacked-stone foundation, low-pitched roof, deep eaves and burnt red siding, a color Frank Lloyd Wright might have called Cherokee Red. It’s easy to believe that the great architect would have approved of the entire home, given that the homeowners, Ken Beck and his wife, Jana Tuckerman, did copious research on his style before they began the building process. Included in their research were field trips to Fallingwater and Kentuck Knob in Pennsylvania and the Seth Peterson Cottage in Wisconsin. 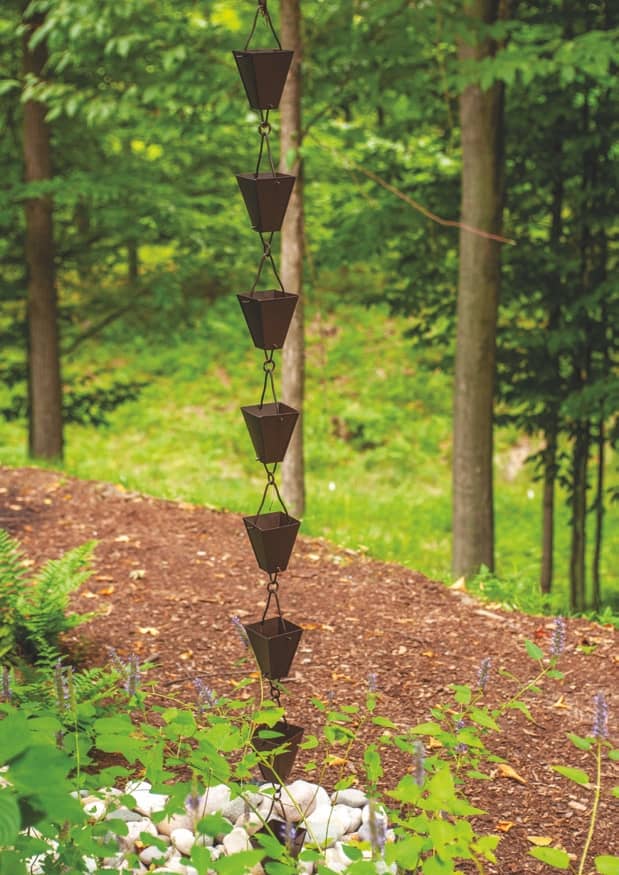 Research aside, the couple has plenty of cred for taking on a new build that walks in famous footsteps. Ken is a commercial electrical contractor who has built and renovated several homes of his own. Jana, a veterinarian and antique aficionado, possesses the type of organic sensibility that Wright so prized. But perhaps the biggest factor that contributed to the couple’s vision for what should be built on the site is that they knew this property well. Jana’s grandparents purchased a small ranch-style cabin just down the road from it in the 1950s, and she grew up summering there—playing near the 200-acre Miley estate that housed a family-style camp compound. “As a little girl, my wife always wanted to stay at the resort because she heard the kids playing at the mess hall,” Ken says.