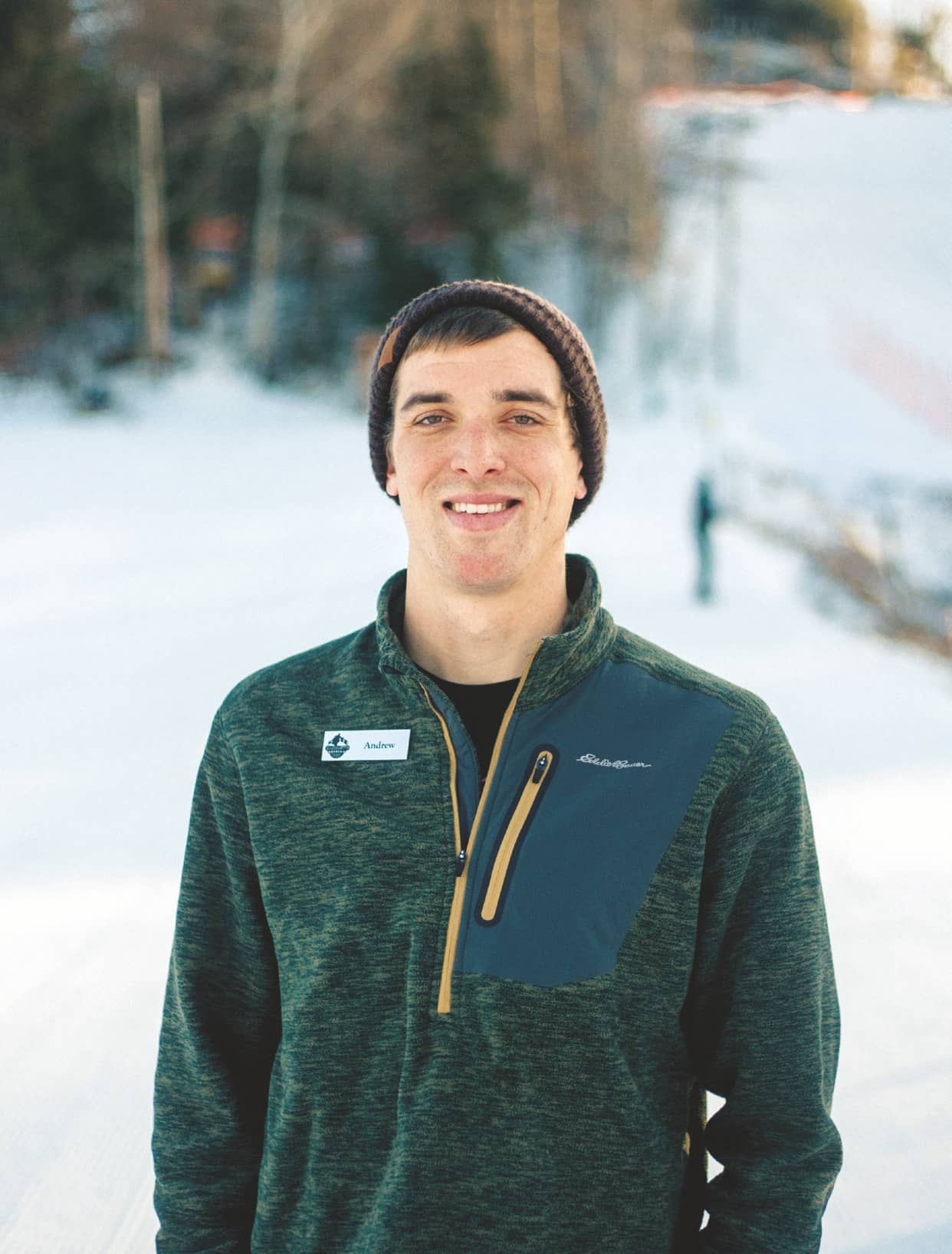 ANDREW FARRON HAD NEVER RUN A SKI HILL BEFORE. BUT THE 27-YEAR-OLD TRAVERSE CITY NATIVE FLURRIED HIS WAY INTO A GM POSITION AT ONE OF THE COOLEST MOUNTAINS IN THE MIDWEST WITH INNOVATION, KINDNESS AND A READY-TO-LISTEN ATTITUDE.

Andrew Farron grew up in Traverse City, and, as a snowboarder, took full advantage of each Michigan snowfall. While studying engineering at the University of Michigan, he was president of the school’s Ski and Snowboard Club. After graduating, he moved to Marquette with his wife, working at an engineering firm. But on a fateful afternoon in 2019, he left behind that career to accept a post for which he had no prior experience. When Andrew stepped in as the general manager of Marquette Mountain, he’d only been to the hill as a recreational snowboarder.

Yet it was a calling he could not ignore. A dark cloud hovered over the struggling mountain, but many in the community saw its potential.

“I wouldn’t live in Marquette without the ski hill,” Andrew says. “To see it flopping while knowing what it could be—and the kind of community center it could be—was frustrating to a lot of people. It’s something I’m trying to repair.”

Andrew approached the owner of Marquette Mountain with a business plan. But his real icebreaker was an open letter he wrote to the people of Marquette:

“I have fresh, detailed and substantial plans to get Marquette Mountain back on track,” Andrew announced in the letter, emphasizing that his goals would not be possible without support from the community. “Like many of you, I am a winter sports enthusiast, strongly planted in the Midwest. I have left my engineering career to turn my frustration into action and have gained the confidence of owner Pete O’Dovero to turn this place around. I take this responsibility very seriously.”

The letter continued, “This is your mountain. Yes, somebody owns it, but your livelihood is heavily affected by it and you have plenty of power to change it.”

The people of Marquette welcomed his ideas.