The France They Loved 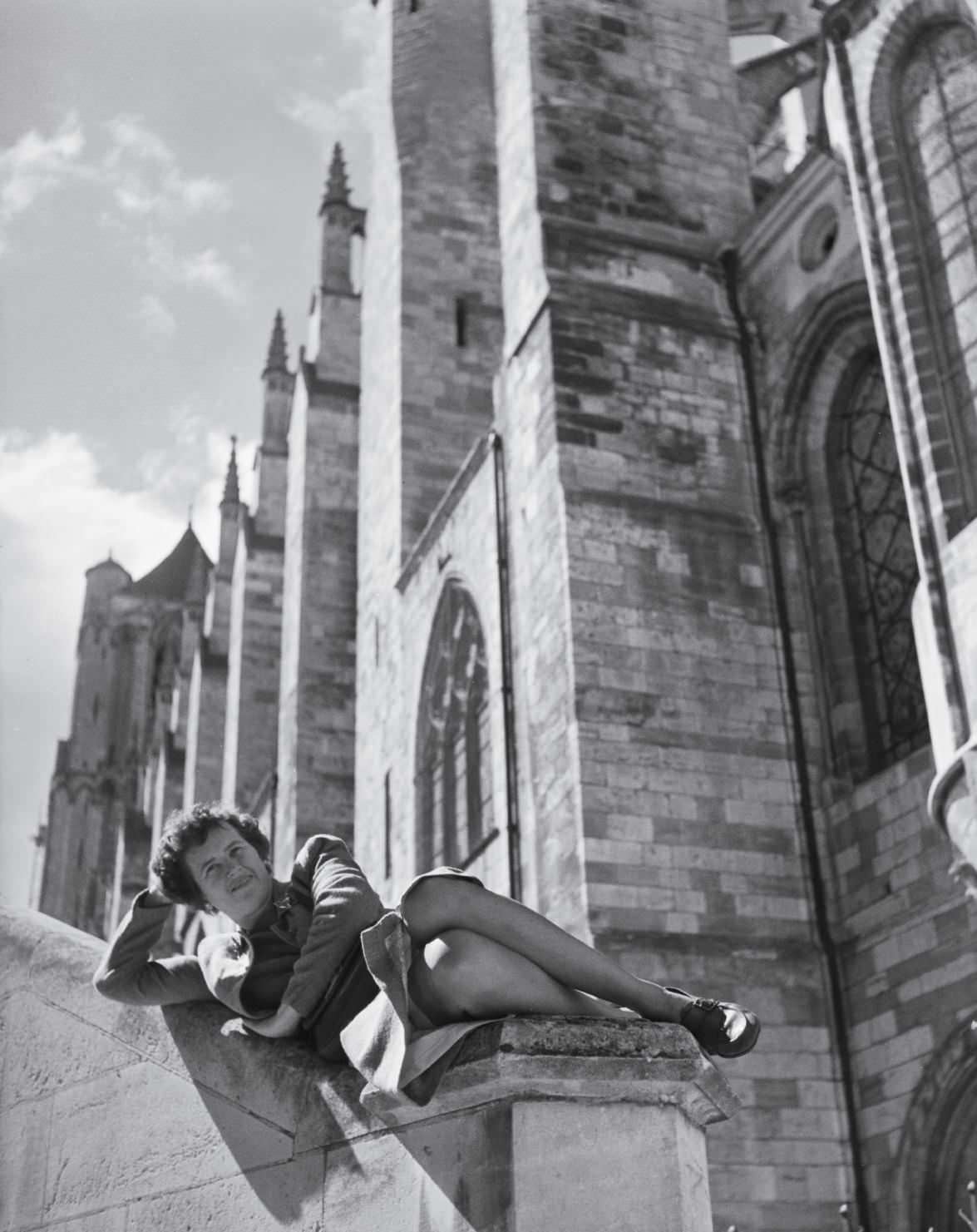 Before Julia Child became Julia Child, she and her husband, Paul, a career diplomat, lived from 1948 until 1954 in Paris and Marseille. In addition to his work in the civil service, Paul was an accomplished photographer who continually documented his surroundings. In this exclusive excerpt from France Is a Feast, a book of Paul’s work, out October 24, ALEXPRUD’ HOMME—the Childs’ great nephew—captures the bygone world the couple inhabited.

ONE OVERCAST SUNDAY MORNING in November 1949, Paul and Julia Child walked along the Seine, the great green river that serpentines through central Paris. They admired the city’s stately buildings and arched bridges, artists painting at their easels, fishermen intently watching the tips of their bamboo poles, women sewing pink underwear. Paul and Julia didn’t speak much on their expeditions through the city, but walked in tandem and communicated with a raised eyebrow or a murmur.

Paul’s eye continually roved the streets and buildings, looking for a piquant face or architectural detail. On the Île de la Cité, the island in the middle of the river where Notre-Dame Cathedral rises, his eye framed a tableau: a receding line of double-ended chaloupes, or rowboats, tethered to the embankment, their cigar-like shapes reflected by the water and abstracted to dashed brushstrokes; looming overhead was the silhouetted limb of a tree; in the distance, the swooping forms of a bridge and its dark reflection in the Seine.

MORE STORIES FROM TRAVEL+LEISUREView All