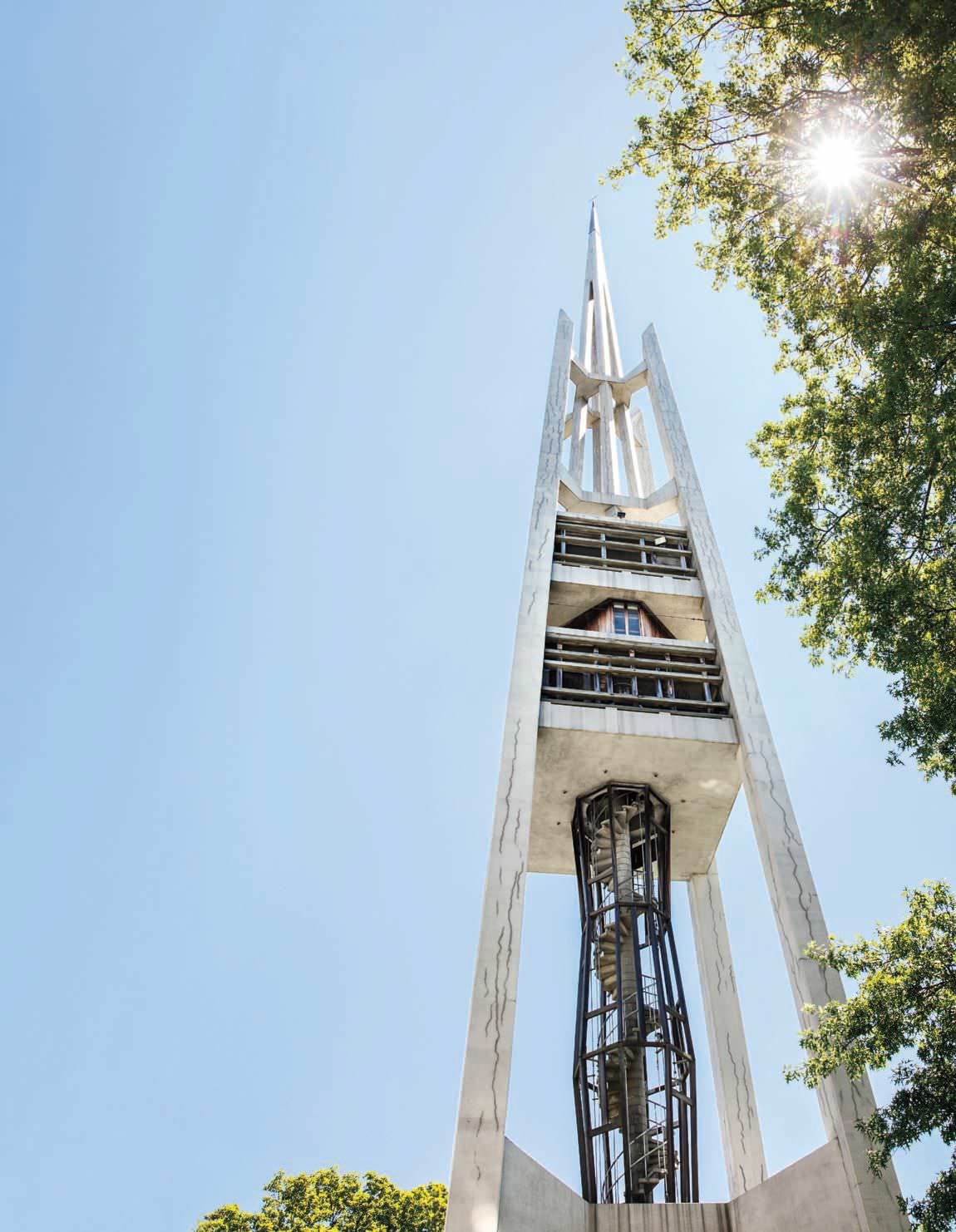 In Connecticut, works by some of the most notable architects of the 20th century are hiding in plain sight. Carol Kino takes the wheel for a high-design sightseeing tour.

Think Connecticut, and the mind conjures up clapboard houses and picket fences. But architecture buffs know the state for glass walls, cement, and dark wood—the signature media of the Modernist architects who once made it their playground.

Connecticut Modernism began taking shape in the 1930s, when Walter Gropius, founder of the Bauhaus design school, fled Germany and took a position at Harvard’s Graduate School of Design. His associate Marcel Breuer soon joined him, and together they mentored a generation of architects that included Modernist icons Landis Gores, John M. Johansen, Eliot Noyes, and Philip Johnson.

In the forties, as many of these pioneers began establishing Manhattan firms, they bought homes in Connecticut. Buoyed by the postwar boom, towns like New Canaan and Stamford became creative hot spots full of boldly designed residences, churches, and schools. In the sixties, as urban redevelopment swept the country, Modernist office buildings sprouted up. Today, several of the finest examples of this architectural era are concentrated between Stamford and Hartford— ideally situated for a three-day driving tour.