Land Of Pain And Promise 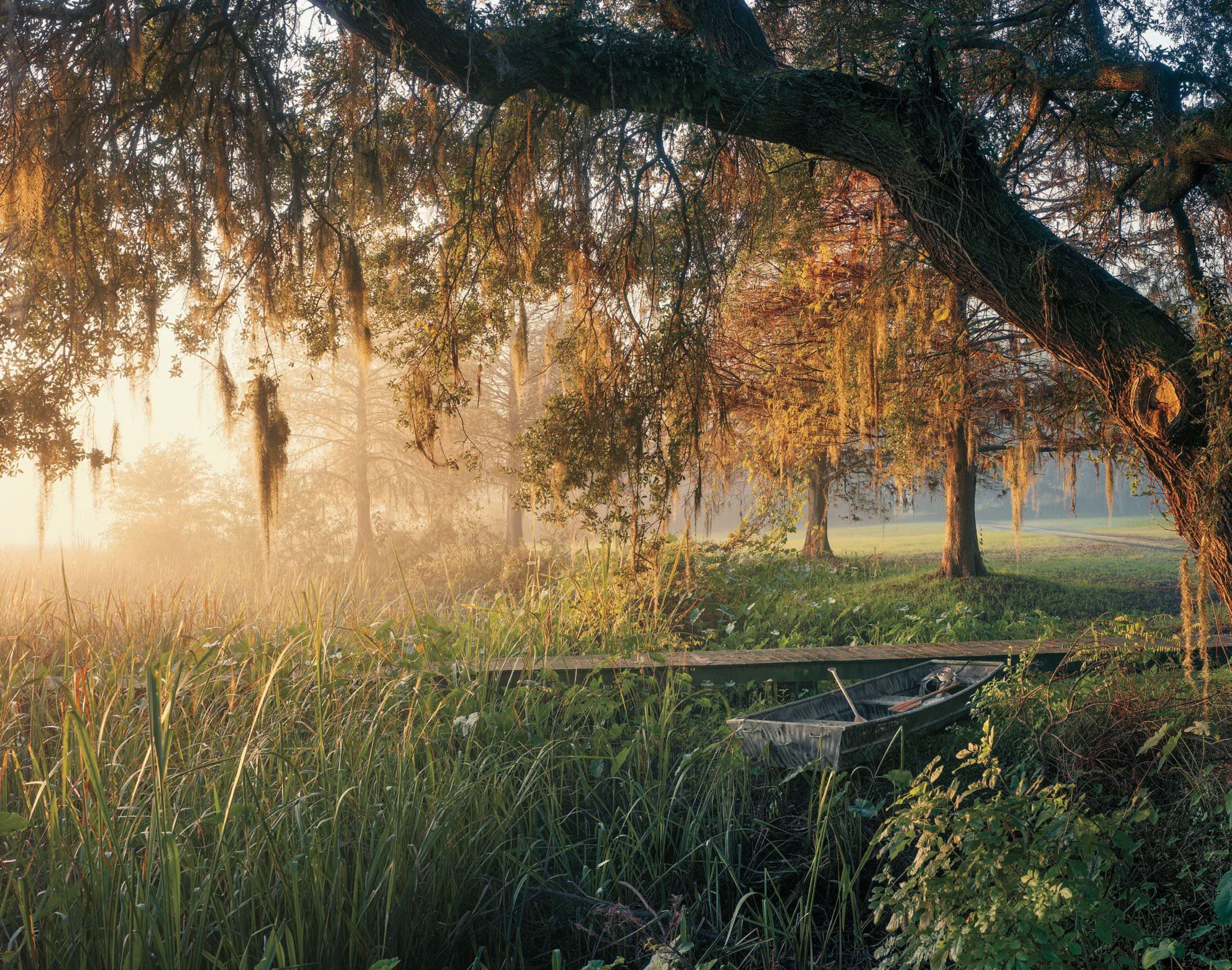 The photographer ANDREW MOORE has spent the past half-decade documenting the wounds, traditions, and haunting beauty of the Deep South. For the author KIESE LAYMON, who was born and raised in the region and recently returned home, this is the emotional landscape that helped make him who he is today.

Kiese Laymon
The day I moved back to Mississippi after living in New York for 15 years, I drove into a full-fledged Confederate funeral procession. On the corner of North Lamar Boulevard and Price Street in Oxford, I got out of my car and stood under magnolia, maple, and live oak trees that shaded throngs of sweaty white men dressed up like the soldiers of Lee’s army. Some marched with guns holstered, hoisting a battle flag that took up two lanes of the road.

Near the front of the procession, behind a gray hearse, was the brown face of Paula Tingle Hervey, wife of Anthony Hervey, the author of a book called Why I Wave the Confederate Flag, Written by a Black Man, who’d been killed in a car crash two weeks earlier. The whole pitiful spectacle, fueled by a longing for a time when neither the Herveys nor I would have been free, was the kind of demonstration that had prompted me to run away from the Deep South 22 years ago. And yet it was also part of why, 22 years later, I decided to run back home.