Solutions Come From A Distance 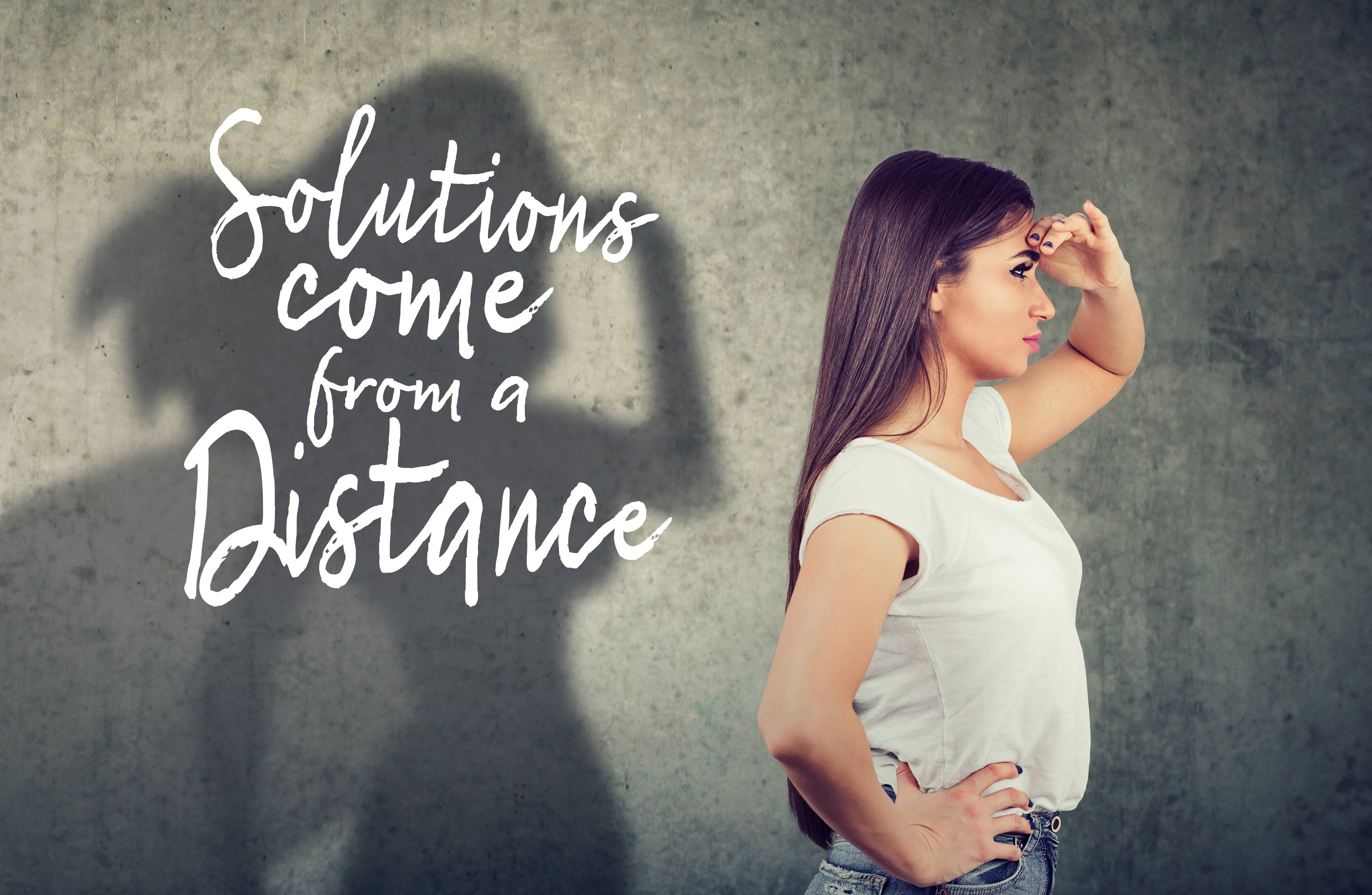 There are ways to be of service to humanity, to feed the flames of hope and possibility, and to continue to allow your fire of well-being and joy.

First, let me preface with this: This story does indeed have a VERY happy ending, and it is my hope that it speaks to the part of YOU who is open to the possibility that there is always a path for both YOU and EVERY human being on this Earth to THRIVE—no matter how things may appear at any moment in time.

When I was little, I remember listening to a song performed by the fabulous Bette Midler that contained all of the earmarks of positivity: a beautiful vocal performance by the Divine Miss M, skipping children and smiling faces in the music video, and idealistic sentiments being expressed. Yet the lyrical hook, “God is watching us from a distance…” had given me mixed feelings every time I heard it.

Did it mean that God/Source/ Universe didn’t care and that S/He or It was completely “hands-off” letting us just deal and suffer through it all? How could the Divine just stand back and let war happen? How could a loving Being/ Force allow things that were clearly unfair and out of balance transpire? How could Benevolence let horrific, crazy sh%t happen to good people, innocent children, or animals?!

Even though I have always believed in God/a Source of Good in my own unique form and fashion, I found myself absolutely outraged and wanting to do everything I could to protect the innocent. So I vowed that when I became an adult, this would become a central focus of my life.

And so, I found myself fighting, protecting, and defending; isn’t this what good people do, and wasn’t this the ONLY way to make the world a better place?

Problem. Though my inner crusader was getting to use her voice in spades, the HSP (“Highly Sensitive Person”) part of me was getting torn apart.

I would literally feel sick any time I witnessed horrific images or behaviors of abuse—and these images and feelings would stay with me, resulting in nightmares and making it harder and harder to feel safe in the world. In any case, I persevered, and I would not rest until I felt like the world was in a better state, that war really could end, that everyone could feel safe, that every animal was allowed to live a full and happy life, that every natural space was saved, and that every human being was treated equally!