MORE IS IN ME Than I Think 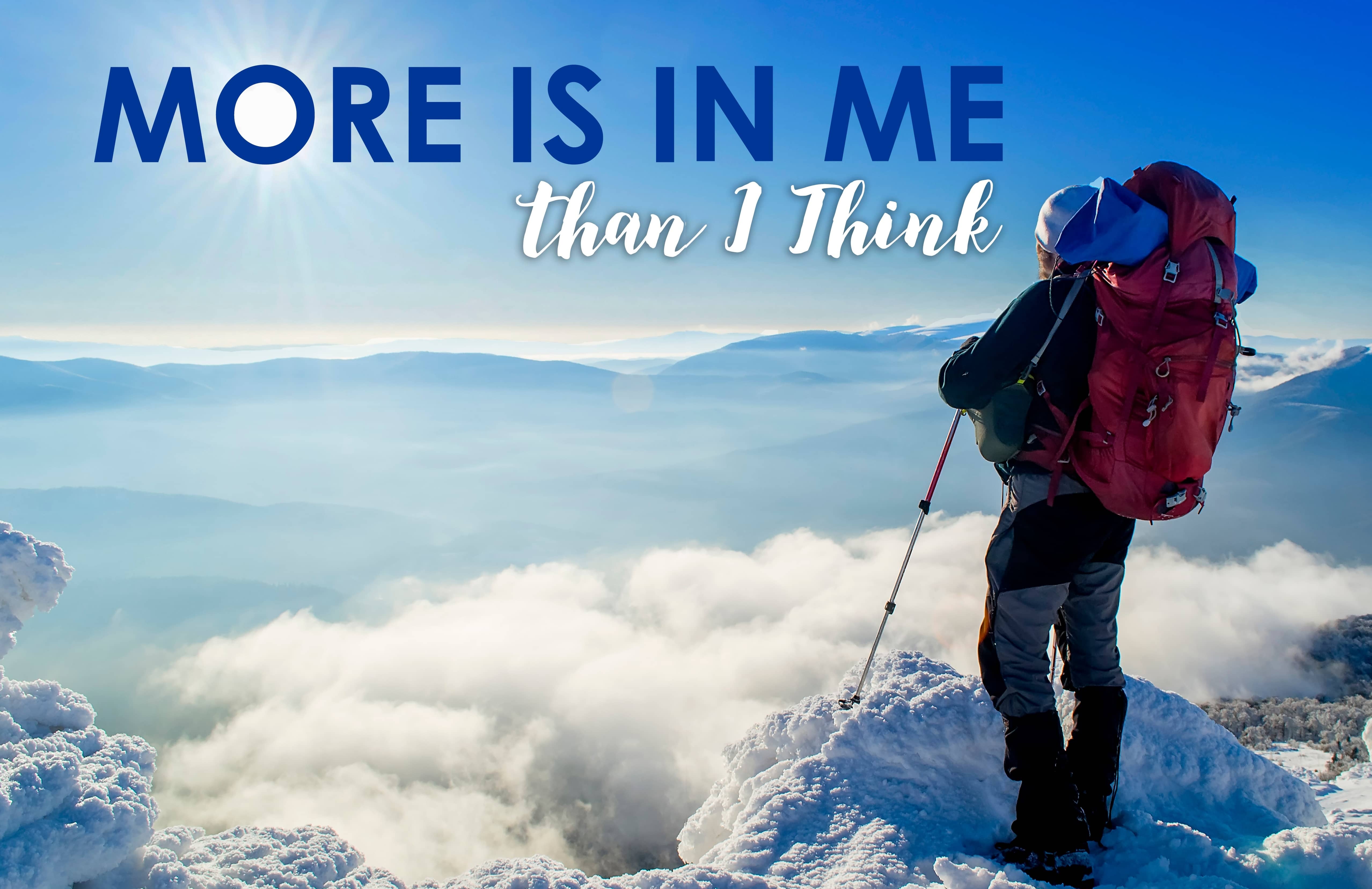 In my sophomore year of high school, I was selected to participate in a unique educational experience called R.O.P.E. It stands for Reaching Our Potential in Education and was offered to 18 students per semester, selected in part because they represent a diverse group of students from all factions of high school life. I was one of only two sophomores. The rest were juniors and seniors.

Natalie Rivera
The best way to describe this class is to say it was a wilderness survival class. But, that doesn’t really capture it. The program included four weekend trips and requires no homework, no papers, no desks and no grades. While not on our adventures, we learned about surviving in the wilderness and actively practiced group problem-solving. We focused on questioning our self-imposed limitations and boundaries. In this class, the subject was me and the tool for learning was survival.

I survived it, barely, but in the final weeks of the semester, I did not feel I had accomplished anything. I had mixed feelings about the experience because some of it was wonderful, while some of it was horrible. My final exam was to write a speech that I would present to my class about what I learned during my R.O.P.E. experience. I sat down to write my speech. This is what I wrote.

I had run through my head a hundred times all the things that had happened and all that I had been through in those few months. I weeded out the most significant and even some insignificant things that happened that I thought would best illustrate what my experience in R.O.P.E. had been. Trying to arrange them in a logical manner on my paper to form a speech proved much harder than I ever thought writing could be. Something was missing. A list of events and a lot of complaining was not enough. There was something in those jumbled words, those confused thoughts, trying to get out.

There had to be some purpose, some realization, something more. The problem was that I did not know what it was. So, I started writing and hoped the meaning of the speech, the whole meaning of the class would reveal itself to me as I wrote.

I wrote about how the original reason I had signed up for the class was because it offered a half credit for gym that I needed to graduate. I was scared to take it because I was afraid I would fail. I secretly knew that the real reason I chose to take it was to face that fear.

I wrote about the first trip we went on and how much I hated it. It was a 3-day, 20-mile hike carrying 40-pound backpacks, in September. I have camped all my life and hiked on occasion, but after 2 days and 13 miles with my 110-pound frame carrying a 40-pound backpack up a mountain, I had had enough.

I had more of enough than I ever thought possible. At one point I had collapsed on the trail. I took off my hiking shoes and looked at the giant, torn blisters on the back of both of my heels. I did my best to bandage them, but even to put on my shoe was excruciating.

I felt like a toddler having a temper tantrum. I did not want to get back up. I did not want to walk another foot. In fact, I couldn’t do it. I would rather stay there for days until someone rescued me. But, my logical mind knew I had to go on, despite the fact that my body had already reached its limit. So started a 24-hour, 7-mile long war between my body and mind that drove me closer to insanity than I have ever been before.

A kid in my class pretty much summed up my experienced when he stated that (excuse the phrase) “taking a crap in the woods” was the highlight of his weekend.