CRAFTSMAN WITH A CONSCIENCE 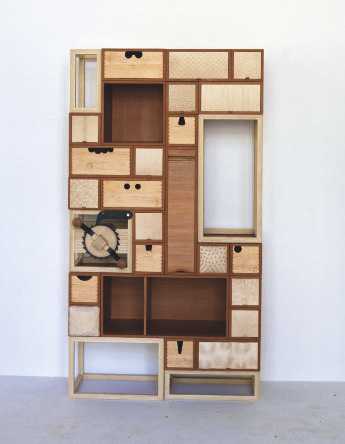 Raised and living in Sweden, Peter Pålsson is a furniture maker whose unique and detailed pieces are not only award-winning, but also stay true to his personal ethos

Winner of the 2018 Tormek Scholarship Award, Swedish furniture maker Peter Pålsson tells me that he’s occupied his mind and hands with different kinds of crafts for as long as he can remember. Living in the countryside, tools and building materials were never far away, as he explains: “As a 13-year-old,” he comments, “I’d already knew I wanted to become a cabinetmaker. I had made a big discovery at my closest town’s library, a shelf with books on the subject of old furniture and cabinetmaking, and during this time, I disliked the modern world and was convinced that making Baroque cabinets and Rococo chests of drawers was the only sensible thing to do.”

So as you can see, Peter started young and clearly an understanding of wood was flowing through his veins, so much so that he had to keep exploring this passion and developing his unique ideas. “When I was 15,” Peter explains, “I started studying cabinetmaking at the upper secondary level and this was the first time I was able to make pieces in a real workshop environment. I did so for three years and then continued my education at Capellagården, which is a fairly renowned craft school in Sweden.” During the three years, he studied and lived at the school and truly got an opportunity to develop his technique and thoughts about the process of making. Last year, he graduated and sat the Swedish ‘Gesäll’, which he describes as a sort of craft exam that has existed in Sweden for hundreds of years. 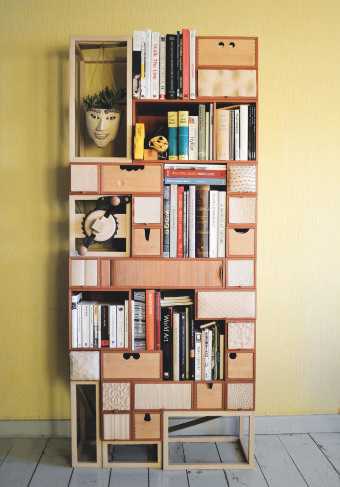 So who or what inspires Peter to create his beautiful pieces? His award-winning and detailed writing cabinet, made from oak, juniper and pearwood, impressed the Tormek judges, commenting that they particularly liked its playfulness and the fact it can be rearranged into so many different configurations. I can’t help but wonder how a furniture maker comes up with such ideas? Peter tells me that generally, he tries to stay away from intentional inspiration as much as possible: “Today there are a great number of sources, and it’s easy to get overwhelmed by the breadth of creative and skilled people out there who are far better than oneself. The few times I actually seek inspiration, I try to stay away from the field of woodworking and look instead to the world of art, engineering and ‘thinkers’.” Peter also recommends looking to things you find ugly and asking yourself what it is about them that you find so provoking. “That stream of thoughts creates a great catalyst for an idea’s development process,” he says.

Describing his style of furniture making, Peter says that he is often driven by the joy and curiosity surrounding the craft, rather than the will to make stylish furniture: “The way my objects look mostly depends on which techniques, materials and thoughts I am interested in at the time rather than being truly representational of my design ideals.” Although he doesn’t feel he has settled on a certain style he can totally stand for yet, he does admit that he tends to get drawn to the strange and peculiar, and that is no bad thing when you’re wanting to stand out and be noticed. 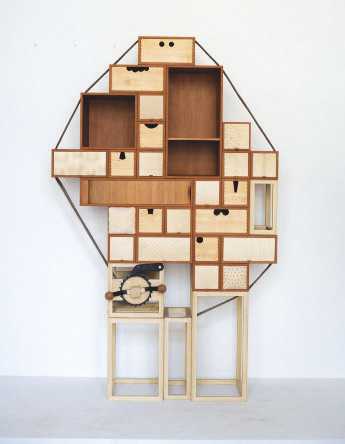