Robert Hurford, master wheelwright and coachbuilder, is regarded as one of the leading experts on chariot design and reconstruction. In nearly 20 years he has built around 30 replica chariots for museums, TV and film, as well as for private individuals. He has an immense knowledge of chariots, reconstructing many of them from the Iron Age, Roman, Egyptian, Assyrian, Chinese and ancient Greece period.

Robert claims it was an accident that led him into this specialised field. He had developed an interest in medieval wheelwrighting, an area largely neglected by writers and where little information existed. While researching this, Robert repeatedly came across a vast body of literature written about chariots but with little reference to their construction. This, in some ways, prepared him for what was to follow. 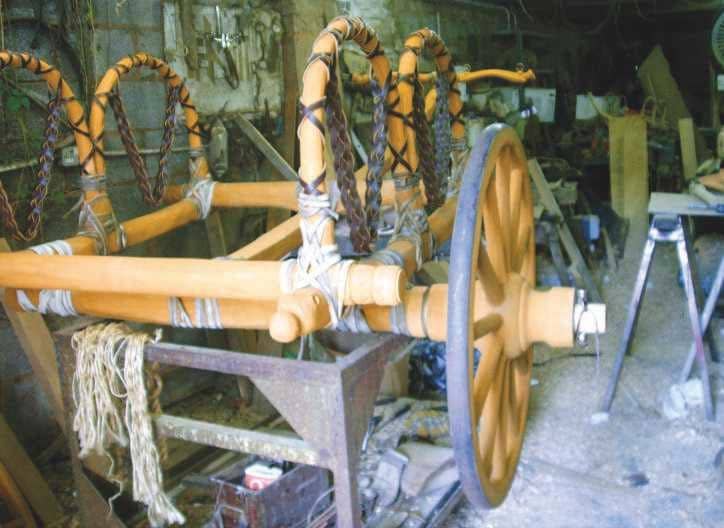 In 2001, Robert was approached by Mike Loades – writer, television presenter and, most importantly, military historian – who told him that a chariot burial had been found in Wetwang, East Yorkshire, containing the remains of a chariot and the skeleton of a high-status woman. The BBC wanted him to build a replica chariot for the Meet the Ancestors series and so a love affair with them began. Over the years, chariot reconstructions have taken Robert to many parts of the world and through the field of ‘Experimental Archaeology’, have provided a deeper understanding of the past.

This 250 BCE chariot was built 300 years before the most famous charioteer, Boudica. The excavation revealed the chariot had spoked wheels attached to a very wide fixed axle. The low bearing chassis was basically rectangular in shape and joined by a long curving pole at the front bar and axle. At the other end of the pole was a wooden yoke secured by rawhide lashings. This yoke rested on the backs of two small horses or ponies, 11 to 12 hands in height.

The reins ran back from the ponies’ heads to the driver’s hands via terrets (metal rings), which were mounted on the yoke. Four of these were for the driving reins and a fifth in the middle (which is exclusively found in British excavations) was, and remains, for an uncertain purpose. 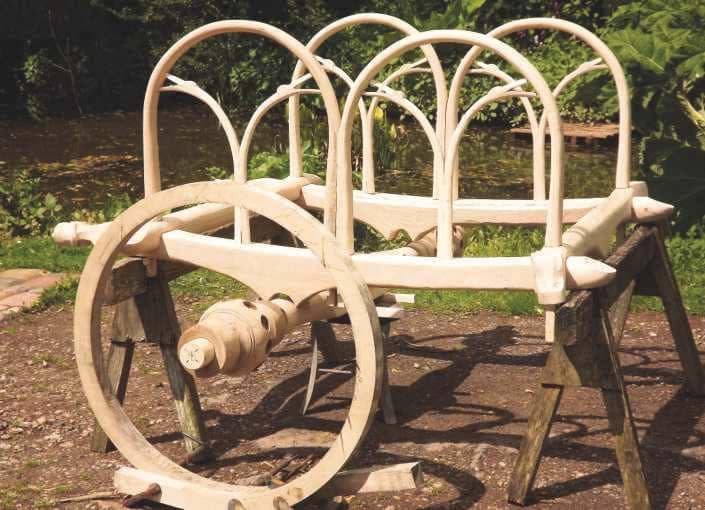 Robert’s first reconstruction was of the Wetwang chariot (photo 1). Building any reconstruction of a chariot can be exacting: “It must cope with the inescapable fact that the principle materials have rotted away,” he says. “At best it can only be as good of an approximation as the existing evidence permits.” While certain assertions could be made from the excavation – for example, the diameter of the wheel from the iron tyre, the size and length of the nave (hub) – other evidence, especially organic material (such as wood and leather), is far more difficult to ascertain as it only leaves stained traces in the soil. Robert had to turn to other historical evidence to gain further insight into the possible construction.

The only initial pictorial representations he found were on a few Roman and native Iron Age coins. A carved stone called the Padua Stela proved far more worthwhile and depicted a chariot driven by a charioteer and carrying a second occupant. This largely influenced the first reconstruction, along with the evidence from other cultures, previous digs, textual references and what the Wetwang excavation revealed.

There were many challenges in reconstructing the Wetwang chariot. Time was always pressing and posed the immediate question of how to complete the reconstruction within these constraints. Yet, another more immediate question centred on how the Celts fixed the wood together. The Celts didn’t use nails or iron fasteners during this period and so a solution had to be found. As Robert told me: “The way you fix all the bits of wood together has to be somehow managed without iron or metal; other ancient chariots were to provide the answer.” 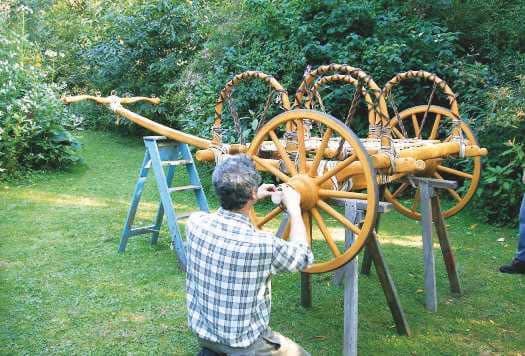